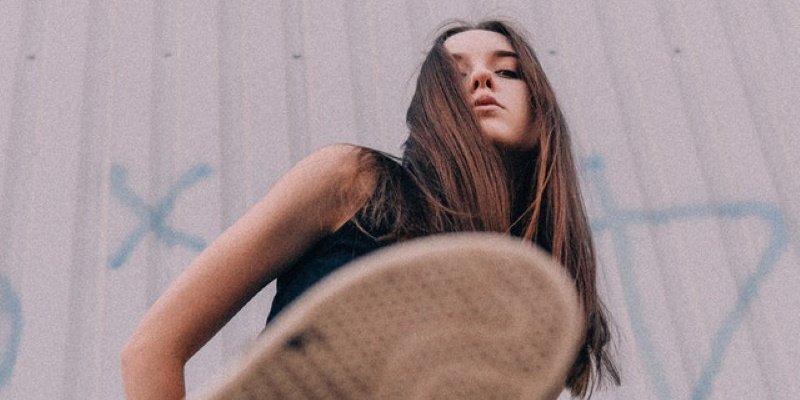 You allow your ego to run rampant, you surrender to it as a safety mechanism to cover your insecurity. Deep down you may not feel good enough, you’re not confident, so you create a mask. Your ego projects how great you think you are, which may not be reality.

The ego is in charge of mediating immediate impulses and desires, much like a squawker, with responsive actions which it thinks are socially acceptable.

Usually, those with excessive runaway egos won’t back up what they claim, as they rarely take action when challenged.

What the ego does is acts on first impulse to what’s most self-serving for them, the “me” first mentality. Anything that provides instant gratification or is beneficial.

It selfishly feeds itself first and foremost like a child, with disregard for anyone or anything else.

Greed is good, some say. It can also bring down individuals, relationships, even societies. It’s considered normal wanting success, possessions, to gain security.

But it’s not normal for it to become insatiable, to obsess over it. In fact, this type of behavior is the definition of narcissism, the next step beyond having a big ego.

So stop the impulse of always wanting to acquire more, but instead learn to show gratitude by being humble to others.

2.) – Disliking Others Who Succeed

Someone else wins, gets promoted, gets married, gets that big sale. What’s your reaction? Are you genuinely happy for that person, or envious.

Those with big egos don’t like others who achieves success, especially if they feel it should of been them as they deserved it more, feeling they were wronged. The spotlight also isn’t on them.

Even if you don’t feel like congratulating someone, do so anyways. You will feel better and the universe will open more doors for you as a result.

3.) – Always Pointing Attention Back To Yourself

Attention seekers all have enormous egos, while their personalities are not usually that interesting. What others get annoyed with, is it’s always about them.

They have a need to always be the center of attention. At parties, meetings, during conversations, family dinners, they feel the need to dominate and always be right. Too bad they’re so boring.

Realize this attention hoarding behavior is counter-productive and obnoxious. So develop the mindset of giving others the chance to be noticed as well.

4.) – Constantly Comparing Yourself To Others

Regardless of how smart you are, how good looking you are, how talented or skilled you may be. Know there will always be someone who will be better or more successful than you.

Comparing and competing only succeeds at one thing, and it makes you upset while potentially undermining any progress you’ve made. So just do the best you can.

Feeling appreciated is healthy, as we want our contributions and achievements to be recognized. Those with big egos however, ramp this up another level by verbally demanding it.

It’s common everywhere, at work or socially. A coworker or relative incessantly talks about everything they’ve achieved to get acknowledgement, only to feed their tiny self-esteem.

The only respect you need is self-respect, knowing you’ve done your best should be enough.

If others recognize your efforts and contributions, then great, thank them.

The ego acts as a shield to defend itself from the unknown or the unpleasant. For those with inflated egos, they’ll be offended by any attack on their personality. Thinking they’re being picked on.

Constantly being defensive can damage careers, relationships and personal growth, as they become extremely critical of themselves and others.

Instead, take the effort to actively listen and learn to accept constructive criticism, as that’s usually all it is.

Those who criticize, it’s not out of contempt and never usually personal.

We live in a culture which is self-serving and individualistic. Unless one becomes mindfully conscious to regard this influence, it becomes automatic to behave this way by default.

Those with big egos are extremely alone. If a circumstance or situation doesn’t pertain to them, or it’s not worthy of their time or effort, they’ll ignore it.

Society defines this as preferred status, being a snob. The result being a degradation of the social moral contract. An indifference to suffering, while placing emphasis on being materialistic.

Just do something positive for those who aren’t as fortunate, this without being asked to, even if it feels like a chore.

Never assume the notion since you’re better off than others, you are above them.

8.) – Setting Goals That Are Unattainable

Setting goals has proven to be a powerful productive action which excels one towards superior excellence. It’s human nature to want accomplishment, and the rewards which comes with it.

However, the big ego will set unrealistic goals which becomes counterproductive, which is often done out of pride.

Regardless of how unrealistic, egotists will set high goals to demonstrate their arrogance.

Setting goals are excellent, but being realistic when constructing them are more important. Do so by setting attainable mini-goals once you achieve the previous desired outcome.

The big ego has high expectations… for themselves. They believe they’re smarter than everyone else, so they attempt to manipulate them to their favor.

When it comes to crafting this manipulation, egotists will throw a compliment someones way to get what they want, making the person feel grateful for receiving it.

Regardless of the situation, never attempt to manipulate others as it appears petty, as you’ll usually be exposed. Then others will lose trust and respect in you.

Learn How To Release The Power Of Your Subconscious Mind