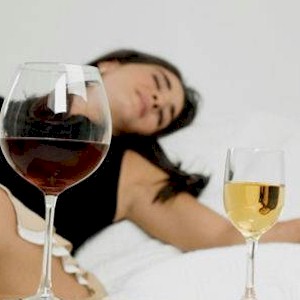 So there you are you social butterfly you, you’re slamming down those drinks at a party and as usual, you’re the life of it. So once you’ve sipped halfway through your bottle of red, you remember that you were the designated driver. So you decide to slowdown and then stop drinking for the evening, thinking that you’ll be fine to drive by evenings end.

You’re usually considered to be legally intoxicated in most areas once your blood alcohol content (BAC) reaches .08%, and it can then elevate quickly beyond that.

But what conventional wisdom along with the party animal that you are, these metrics usually don’t equate or are applied. What complicates the equation is that every person will process alcohol differently.

The reason being that there’s a wide range of variations, factors which comes into play once you take a sip of drink. This usually depends on what compounds you have in your stomach, and what your body composition is.

Know Your Body Type
You may be thinking that the extra poundage you’re packing around finally comes in handy as it allows you to drink more. This since everyone realizes that the more you weigh, the more alcohol you should be able to absorb.

But metabolically speaking, it’s found that muscle tissue will absorb alcohol slower than fat tissue will. So what this means is that if two people weigh the same and they drink the same amount of alcohol, the person who has more body fat will have a higher BAC reading than the muscular person will.

What’s Your Gender
Women are usually more biologically disadvantaged when it comes drinking, as they’re less able to hold their liquor, which raises their BAC levels. This mainly because they generally have more body fat.

Women also carry less water in their body, as what body water does is it dilutes the alcohol. Another reason is that women generally has less alcohol dehydrogenase, which is an enzyme that breaks alcohol down in the stomach.

This becomes especially true when it comes to younger women, as they’ll usually tend to have increased hormonal fluctuations which can result in a higher BAC reading, this especially prior to they ovulating.

The Content In Your Stomach
Eating a big or a healthy meal won’t usually make someone get drunk slower, but what food can do is slow down its absorption. Once someone drinks on an empty stomach, however, doing so can spike up their BAC levels in around 30 minutes.

A person who’s eaten, particularly protein, will reach their BAC limit in a few hours. It’s also never advised to depend on food to help keep you sober.

How Much Can You Tolerate
If you’re a routine drinker, then your body can develop a better tolerance for alcohol. This doesn’t mean you’re less intoxicated, but that you could hide it better, which can lead towards a false sense of being sober for you and those around you.

This can become a dangerous predicament and mindset when it comes to determining whether you’ve had one or three too many. Saying that you “feel fine” won’t help you once you test for the roadside BAC.

The Type Of Mood You Are In
It’s been a long hard stressful day at work so you say to yourself “Damn, do I ever need a drink.” This however can be the worst time for you to turn to a glass of alcohol.

What high levels of stress in the body does is it affects the stomach’s ability to process alcohol efficiently, which can then instantly spike up your BAC.

Although alcohol can appear to temporarily improve your mood, that feeling can eventually turn into anxiety once the BAC increases. It can also become more difficult to limit your drinking to just one or two.

Your Age Matters
How old you are does matter. As we begin to age, our body composition can change significantly. We’ll begin to lose muscle mass and tissue, along with body water, while our metabolism slows down.

These changes collectively or separately affects our impairment and the level of BAC. Just ask yourself how you could handle a six pack of beer when you were 20, and ask any 65 year-old how his body can handle that beer now.

Fatigue And Dehydration Levels
The levels of fatigue and dehydration impedes the liver’s ability to be able to process alcohol, which can also ramp up the BAC. This the reason why suntanning on a hot summer day and then having a few beers later can be a bad combination.

Alcohol is a diuretic, which means as you drink, what your kidneys will do is direct the fluid right to the bladder, which is why you’re dehydrated the next morning. The more that you drink, the more water that flows through you.

The Effects Of Your Blood Alcohol Count BAC
There’s no set formula that can calculate exactly how much you can drink, or know what your BAC levels are at any given moment or situation. There are tools available, but they’re usually not that accurate.

There are apps for your smartphone which allows you to plug in details such as your body weight, how much you drank, your gender, etc., which can give you a general idea of what your BAC count may be.

They’ll let you know if you’re fit or capable enough to drive, ride a bike, or walk a straight line, but should never be considered as standardized results. The best solution is hailing a cab.

Ways On Making Your Drab Workouts And Exercises More Exciting