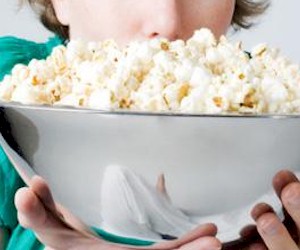 Not all diets are good for you. Just because they’re classified as a weight loss product, these so-called “diets” which seem to appear on the market on a daily basis usually contains hazardous artificial sweeteners such as sucrose and aspartame.

Both of these products have been linked to causing neurological damage in humans, along with endocrine disruption and gastrointestinal problems.

The majority of diet products will also contain some type of added artificial or chemical flavoring agents which replaces the fat, along with other natural components which have been removed, this to reduce or eliminate the calorie content.

So the best recommendation is sticking with healthy whole foods which are as close to it’s natural source as possible. This includes all of the high-fat foods which are grown the way that nature intended, and then it’s guaranteed that your body will respond favorably to it by losing healthy weight.

Getting Rid Of The Whites
• White On Rice – Similar to white bread, the everyday white rice on the grocery shelf has been completely stripped of all its valuable nutrients. Plain white rice has been separated from germ and bran, which are two natural components that makes up nutritional rice when still in its natural brown form.

Even white rice that’s been “fortified” is found to be nutritionally deficient, as the body will process this refined food differently than it would natural brown rice, which is absorbed a lot more slowly and won’t cause the same spike that it does in one’s blood sugar.

• Refined Flours And White Bread – By definition provided by health experts, refined flour which includes white bread are both generally toxic for your body since they’ve been completely stripped of all their natural vitamins, fiber, minerals, and other important nutrients.

So as a result, your body doesn’t understand or know how to properly digest these white foods and will instead assimilate them, which can then lead towards health problems.

In order to get the “white” into refined white flour, it goes through a process of being bleached with chlorine and bromide, which are both poisonous chemicals that have been linked to causing organ and thyroid damage.

The Horrible Convenience Foods
• The Convenience Of Frozen Meals – The majority of the conventional prepared frozen meals are loaded up to the gills with preservatives, hydrogenated oils, processed salt, and other artificial chemical ingredients.

The majority of the frozen meals and dinners have also been heavily precooked, which completely wipes out any nutritional content, which is then compounded when taking it home and then microwaving it.

With the exception of just a few truly frozen healthy meal brands on the market, which then becomes pricy, the majority of frozen meals are no more than frozen disease in a carton, so it’s best to avoid them in favor of fresh foods.

• Popcorn That’s Microwaved – This one particular convenience food is being singled out because it’s a favorite among the home based movie and TV watchers as well as being a regular snack item for dieters.

Microwave popcorn however happens to be one of the most unhealthiest of foods that you can eat. Every component of microwaveable popcorn, beginning from the genetically modified corn kernels to the poor preservative chemicals used to enhance flavor, is completely unhealthy to the point it promotes disease.

So if you insist on eating popcorn, then stick with the organic corn kernels which you need to pop yourself in a kettle, and then use healthy toppings such as grass fed butter, coconut oil, and sea salt.

And The Rest Of The Bad List
• Any Cured Meat Products Containing Nitrites And Nitrates – The list includes all your favorites, such as: hot dogs, deli meats, bacon, summer sausage, and the majority of other processed meats which are sold at the local grocer.

They’re often loaded with sodium nitrite and nitrate, along with other unhealthy chemical preservatives which have been linked to contributing heart disease and cancer.

If you like to eat meat, then stick as much as possible with the uncured nitrate and nitrite free varieties, and preferably the organic grass fed animals.

• Say No To Margarine – Margarine is one processed food which you should be avoiding, this for your health’s sake, as most contain hydrogenated trans-fat oil which is an absolute no-no.

Contrary to popular belief by some experts, butter along with saturated fats generally isn’t really that unhealthy or bad for you, especially when they’re from pastured animals that are grass fed rather than soy or corn fed.

If you like to avoid animal-based fats altogether, then you can stick with using extra virgin olive or coconut oil rather than using butter and especially margarine.

• Soy Based Meat Substitutes And Soy Milk – Perhaps one of the biggest health beliefs of modern times is the current everything “soy” is healthy for you craze, which is believed to be a fad that you should avoid.

Not only is the majority of non-organic soy ingredients genetically modified, most of these soy additives are processed using an extremely toxic chemical which is known as hexane.

Hexane is linked to causing birth defects, damaging reproductive organs, and causing certain cancers. Soy which hasn’t been fermented is also considered to be highly estrogenic, which will throw off your natural hormonal balance completely out of synch.

• Most Protein Energy Bars – Because of how they’re marketed, it may appear that all of these protein and energy bars contribute to a healthy diet. But that’s not the case since most contain processed soy protein, hydrogenated fat, refined sugar, and other harmful additives.

Obviously not all of the protein and energy bars are bad, so just make sure that you read the ingredients and know what you’re buying.

Trading The Commodity Futures Market Can Be A Fools Game