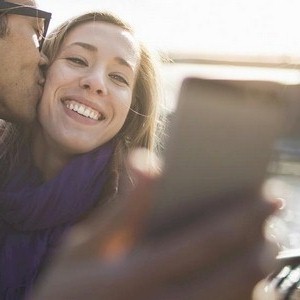 We can all fall into the trap, become lured into liking someone radiant, so know the signs of a narcissist before it’s too late. What we want is to avoid this particular personality type, where the love affair becomes one sided. Narcissism is considered a mental disorder.

This is when they’ll have an inflated sense of self. They have an obsessive need for admiration from others. Those with a narcissistic personality honestly believe that they’re better, superior than others, while having little or no regards for your feelings.

What’s hidden behind this mask is a fragile underdeveloped self-esteem. So how do you know if your new romantic partner falls under these traits. There are forewarning signs, telltale indicators.

Although we’re all guilty of having subtle narcissistic features ourselves, a true narcissist who’s pathological, tends to constantly and habitually dwell on a few distinct behaviors. They’re usually unaware of their actions, or they just don’t care what others think.

Doesn’t Care About Your Needs
Narcissists can be charming and overly persuasive. They’re masters of flirting, romance, and can be convincing. It’s easy to be influenced and you do whatever they want, as it seems like a good idea, initially.

But soon after, it becomes apparent that you do everything on their terms, at their time. The demands could get fierce, become more critical, while they become unreliable.

They’re poor listeners or don’t care what you have to say. They love talking about themselves most of the time, while interrupting you often, showing no respect to your feelings, thoughts, or priorities.

Will Openly Flirt
One warning sign of a narcissist is when you’re on a date, doing that “couple” thing, that they’ll blatantly flirt with others, showing a complete disrespect to you.

They either don’t have the maturity to know any better or they don’t care, holding little regards to how you feel. If you think you’re committed, or building towards one, know that they’re breaking the key rules of a successful relationship, respect and trust.

Talks About Previous Romances
They’ll constantly repeat the tales of their romantic past, or will point out who they find attractive when you’re having coffee, or will publicly brag to their friends about your intimacy.

This the toxic mixture of narcissism and immaturity as discretion is nonexistent, as they display a lack of sensitively to your feelings. They showing off just to be admired, is more important than being in a relationship.

Treats You Like A Prize “Catch”
Narcissists will do things just to impress others, making themselves look good. They hold “trophies,” their conquests, in high regard to exhibit themselves, this in romantic, professional, or materialistic ways.

They’ll use people, their status or accomplishments to represent themselves, which is a substitute for their lack of self-esteem. The underlying message being, “I’m better than you!” or look at me “I’m special and I should be loved and admired!”

They may also be ashamed of their upbringing or cultural background, so they’ll date or marry someone from another race, this to feel better about themselves, while showing their parents and others who they’re not.

Using You To Rebound
After they have yet another breakup or divorce, what most narcissists will do is get back on the horse as soon as possible, seeking out another new partner, pronto.

This instead of attempting to take the time that’s necessary to recover, heal, grieve, and become healthy again. While the need to “rebound” may be understandable, narcissism is usually the reason.

They seek out a new companion immediately, this to avoid the pain and the loneliness, rather than finding true love and caring. The person, hopefully not you, who they choose as the rebound victim, is to fill a temporarily void.

Most often, once the narcissistic protagonist happens to get over their previous break-up, then the rebound relationship will suddenly end as well.

Uses You For Recreation
One of the biggest indicators that distinguishes a narcissist, is how they treat you in the bedroom. This since what the narcissist will do is use you to satiate their own needs. They’ll hide emotionally but not physically, this until their gratifications are met.

Then you’re left hanging, feeling used, alone, and empty, this since there’s little or no genuine intimacy. There was the romping, but you felt no real love. Then the narcissist contacts you again, this Friday, as they need their cravings fulfilled again.

Will Constantly Put You Down
This in the attempts to display their facade of superiority over you and others, this to hide their inadequacy. They’ll constantly put you or others down, to boost their own ego.

In romantic relationships, they’ll target you, as they’ll constantly belittle, blame, ridicule, or shame you with absolute marginalization, this at every opportunity they can.

By they constantly subjecting you into an inferior psychological position, what they’re doing is exercising a greater degree of manipulation and dominance.

Will Avoid Making A Serious Commitment
If you’ve been seeing each other for a while, and your partner is still unwilling, avoiding, to make a serious commitment, this is because they’re wanting to keep their romantic options open.

This should be a cause for concern. There could be a few possible reasons for they not wanting to commit. Some may be completely reasonable and should deserve consideration, but it’s usually for selfish reasons.

What distinguishes a narcissist and their lack of commitment is their desire to keep the status quo with you, reaping the rewards of intimacy, while constantly keeping an eye wandering for others.

They may be on the lookout for someone who’s more attractive than you, perhaps more eligible in their opinion. To the narcissist, you’re not for them but just a piece, you’re just a backup, temporary relief.

Projecting Executive Presence In The Workplace And Business