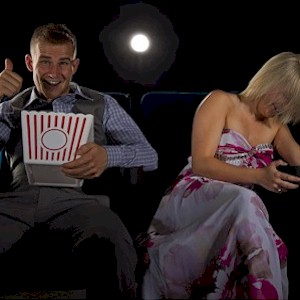 You’ve been told that you are a dull and boring person, but wait, it’s not your drab personality, but most likely the food that you eat. There are certain daily common foods and beverages that we consume, which has been associated with blunting our energy.

There’s nothing which halts an active social life or relationship than the lack of energy, no get up and go, the lack of oomph. It becomes difficult pinpointing why we feel in the doldrums. It should begin by identifying and eliminating certain foods in your diet.

There are a number of known food and beverage culprits which can negatively hamper your energy levels, which makes doing certain activities or displaying intimacy more of a chore.

So know which foods to avoid or at the least lessen the consumption of, this to keep your energy levels high.

Processed Meats
This is an excellent reason not to take your date to a fast food restaurant, as your energy levels will plummet.

The reason being that the main ingredient of processed meat, which is found commonly in deli meats, hot dogs, burgers, and bacon, is a bath of sodium, hormones, preservatives, and antibiotics.

What they’ll instantly attack is the hormonal balance in the body, which reduces the blood flow to the major organs, making the processing of these foods more difficult. So avoid the drive-thru or mall food fair the next time you’re out.

Food In Cans
One of the greatest inventions of the twentieth century is food in cans, which allows perishable food to extend its shelf life for longer, while being easily transported anywhere.

Preserving food in cans however requires large amounts of sodium and BPA (bisphenol A), both which are proven to increase blood pressure while disrupting hormonal balance.

The chemical BPA is particularly found to disrupt hormones, which then has a direct result in lowering energy. The BPA levels are especially high in canned soup, this when compared to freshly made soup. So reducing anything that’s canned is a good idea.

Diet Soda
This beverage is one of the most popular in the world because of the word diet. Everyone enjoys a refreshing soda, so if it contains less sugar, than it must be good for you, right?

Diet soda is extremely popular with those attempting to lose a bit of weight. It’s also a little less sweeter, which gives the sensation to the dieter that they’re actually losing some pounds.

What most diet sodas contain however are lethal doses of aspartame, which is an artificial sweetener that reduces natural serotonin levels.

This blunts energy, causes moodiness, and even can lower libido action. Your cheerful disposition can suddenly evaporate once you switch from regular to diet soda.

Any Type Of Alcohol
It becomes difficult to deny that drinking alcohol plays a soothing role when it comes to social interaction, which further develops and massages a relationship.

It lowers inhibitions, allowing us to become more relaxed and loose, resulting in saying and possibly doing things that you might not otherwise do. For some that’s troublesome, while for others, they invite the juice of excitement.

But after a certain point of consumption there’s a tipping point, excessive drinking can negatively affect your energy level along with arousal.

An overload of alcohol is known to suppress the release of excitatory and glutamate neurotransmitters, which are typically assigned to increase brain activity while elevating energy levels.

Don’t Say Cheese
Cheese is one of the most popular foods which excites the taste buds, but it could potentially have a negative effect on energy levels.

The reason being that the most common cheeses available on the grocers shelves, are made using dairy milk, which is often treated with harmful antibiotics and growth hormones.

So the issue becomes the over consumption of these cheap cheeses and the harmful toxins that they contain.

What the buildup of these toxins does is reduces the production of testosterone. So enjoy, but be aware that the wine and cheese party can make you boring and tired.

Cheap Popcorn
This is a staple of movie night either at home or the theater. Some have it for dinner as it’s thought to be healthy while filling. But unfortunately, what occurs is the lowering of ones energy levels.

The majority of packaged cheaper forms of popcorn, are laced with a component known as perfluorooctanoic acid, which has been linked to diseases of the thyroid and prostate.

What the thyroid gland which is located in the neck area does is produces vital hormones while controlling metabolism, which is how the body manages energy.

Love Licorice
Other than popcorn and a soda, the next most popular staple at the movie theater is a stick of licorice, making the trio a popular and frequent choice when it comes to date night at the movies.

But the active ingredient in licorice can potentially present issues when it comes to converting androstenedione into testosterone, this particularly in men.

What licorice contains is glycyrrhizin, which is known to reduce testosterone levels. So enjoy licorice but don’t over consume it, especially if you don’t want your energy levels depleted.

Mint Not That Fresh
What soothing mint does is makes an excellent addition to desserts and any type of after dinner beverages.

It’s difficult not to enjoy a mint as a breath freshener or having a mojito. Mint can play an active role, becoming a game saver if you’re wanting a kiss after that hot date.

But what mint can do is present issues when it comes to maintaining energy, this because of it’s most active ingredient which is menthol.

What menthol does is lower one’s testosterone levels. So if you need excessive mint, then you might decide to alter your diet.

The Tales Of Horror Of Adolescence: Are You A Man Or A Mouse