The Food Groups Which Triggers Stress And Sleeplessness
Skip to content 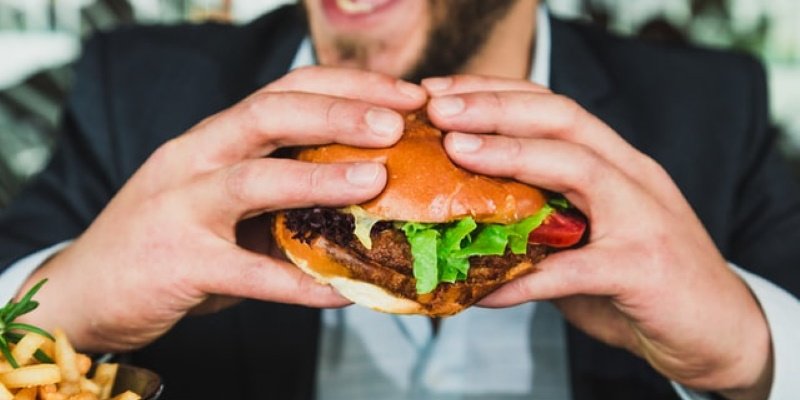 What everyone occasionally suffers from are panic attacks, or trouble falling asleep. The cure becomes trying out different stress reduction techniques, or rely on medication. What most won’t do is pinpoint it to what they eat, as it’s usually the everyday foods consumed, which triggers the attacks.

Medication can help manage these symptoms, but are usually a short-term fix, as the root cause of the problem isn’t solved.

Begin by identifying which ingredients in your diet are working against you. Doing so gives you better control over your symptoms, while avoiding side effects and internal biological stress.

What’s known is there are certain chemicals in the everyday foods we eat, which automatically triggers these feelings of irritability and stress, while causing sleeplessness at night.

Those who are at the highest risk includes women, those over 40, individuals with multiple allergies or sensitivities. Digestive or immune system issues such as inflammatory bowel disease.

Coffee is notorious when it comes to causing anxiety and sleep disorders. It’s the caffeine which causes hormonal stress levels to elevate, which triggers panic attacks.

Coffee keeps you awake at night by blocking the adenosine receptors in the brain.

What’s known is up to 50% percent of the caffeine remains in the bloodstream five hours after drinking it, which impairs sleep. It can take up to 24 hours for the caffeine to exit the body.

So what this means is your early morning coffee can linger and affect your sleep quality later at night.

If you suffer from anxiety symptoms, begin by gradually cutting back a little every day, rather than going complete cold turkey.

The plants in the “nightshade” family includes tomatoes, potatoes, peppers, and eggplant.

What they produce are natural pesticides known as glycoalkaloids, which kills predators such as insects and worms, but they’re also toxic to human cells.

What they do is overstimulate the nervous system in individuals who suffers from anxiety.

The problem becomes most will eat nightshades in some form on a daily basis. The glycoalkaloids then accumulates in the body over time.

What it takes is up to five days for these glycoalkaloids to exit the system. So exclude these foods completely for at least a week or longer, to find if they’re the culprit.

What cooking doesn’t do is completely destroy the glycoalkaloids, but minimizing their intake will.

Alcohol can relax while help you fall asleep. But as the alcohol begins to wear off during the middle of the night, the quality of sleep begins to deteriorate.

Metabolism will vary depending on age, gender, and genetics. The key predictor when it comes to how long the alcohol remains in the bloodstream, is the quantity consumed.

One average “drink” can take up to two hours to clear the system, so three drinks can take six hours, etc.

The side effect of the alcohol wearing off can be restless sleep to nightmares, to panic attacks.

So if you have a nightcap, cut back, although doing so might temporarily increase your sleep and anxiety problems.

This includes smoked, cured, fermented, and cultured foods. Turning fresh whole foods such as beef, milk, or grapes into gourmet food, results in aged steak, cheese, or wine, by adding bacteria which ferments it.

During the fermentation process, what the bacteria does is breaks down the food proteins into tiny molecules known as biogenic amines. What this does is accumulates as the food begins to age.

The most prominent biogenic amine is histamine, which is a powerful neurotransmitter that can aggravate the digestive, cardiovascular, and nervous systems.

Histamine can cause anxiety and insomnia in those who are susceptible. It’s also indestructible, so freezing or cooking won’t help.

What needs to be adopted is keeping the histamine levels low when preparing these foods.

All sugars and starches, other than natural whole foods such as fresh fruit, are considered refined carbohydrates.

Most popular breakfast favorites such as yogurt, orange juice, and most cereals are also rich in refined carbs.

What results is a blood sugar spike, which affects mood, concentration, energy, and appetite.

Since almost everyone eats refined carbohydrates such bread during lunch or dinner, what they’re doing is riding this roller coaster 24 hours a day.

What adrenaline does is causes panic symptoms such as sweating, palpitations, and confusion in those who are sensitive.

These sensations are often misdiagnosed as “hypoglycemia,” or low blood glucose.

For those who feel panicky between meals, what’s recommended is consuming carbohydrates every three hours to prevent blood sugar levels from plummeting.

This approach however can potentially worsen the issue long-term, because it increases the body’s dependence on sugar, along with the risk of insulin resistance.

It’s better to just remove refined carbohydrates from the diet altogether, to prevent the blood sugar from spiking.

What’s recommended is eliminating them for two weeks, to test for results.

Also begin to permanently remove or begin substituting all processed sugar sources, by taking steps into identifying your dietary habits.

What you’re then doing is making progress towards better overall health.

Know What You Eat

The most powerful way of changing your brain chemistry is by progressively altering what you eat.

Begin by keeping a food and symptoms journal, to see where you experience specific patterns.

Keep in mind some foods won’t trigger symptoms until later.

What you’ll eventually discover is it’s the everyday foods you eat, which influences your mood and quality of sleep.

Why You Remain In Your Broken Dysfunctional Marriage