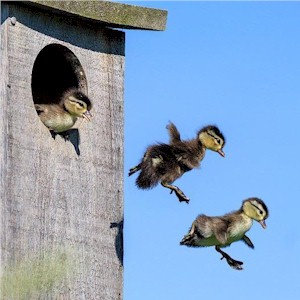 What it takes is a leap of faith, a jump that most refuse to take. This can be habitual situations where they obey to routine, and then get lost in the trap of doing things the same way as yesterday, to procrastinate, promising to do things differently, but won’t.

What the majority show are these traces early in life, as some just simply can’t leave or refuse to leave a relationship, because it’s safe and secure, so regardless of how bad or volatile it becomes, it still feels familiar, so they just remain stationed.

What this can lead to are periods of time which are overlapped, as massive repetition occurs, creating confusion by spinning one’s wheels as uncertainty sets in, a battle of “Should I be doing this or should I be doing that?”

These internal debates reign the mind, which borders over blurry lines on what to do. The end result being loss of focus. You’re then no longer contributing your full effort where you need to as things become scattered, this to everyone and more importantly yourself.

Spin Spin Spin Your Wheels
This is a similar blueprint, the road map for any new entrepreneur. Yes, it’s scary to jump off the mind cliff by taking a leaping risk, to let go of your comfort zone, your source of secure income, when taking a dive headfirst into the unknown.

If you want to begin, which is the “startup” territory, you need to move forward. What you need is to find that point in time to take a calculated risk, jumping in and not being pushed, this if you want to fly on your own.

This is the reason why most venture capitalists will often ask startup entrepreneurs if they have another source of income, another job, which indicates they’re not fully committed and hanging on to the past.

What most will reply is “Yes!” they thinking that they’re dedicated and an extremely hard worker, but the answer that all investors want to hear is a firm “No.”

What they do is invest in you first, and your product or service second. What they want is to see if you’ve made the flying leap of commitment to your project, this because if you’re not all in, then why should they be, why should they commit their capital to you.

Making The Jump To A Full-time Entrepreneur
Have some capital reserves, have a bit of money save up if you’re wanting to launch a startup, this as a rainy day emergency fund. As a new entrepreneur, those emergencies which needs money are invariability going to happen.

So what most recommend is saving up at least 6 months worth of daily living and expense costs, preferably longer such as a year. This will give you a solid buffer and more importantly peace of mind, as you don’t need to scrimp or stress over a lack of funds.

But what most entrepreneurs will do is take the jump while their finances are short and slim. So make sure that you prepare yourself for security, this so you won’t become frantic, which will just distract you.

Set A Firm Plan And Timeline
The moment that you start to save, establish an attitude of “all in,” while giving yourself a timeline of around 18 months. If you’re not able to save at least six months worth of funds during the 18 months, then your issues are greater than drafting a business plan.

What you then need is to work on structuring your money management techniques before activating yourself to becoming a full-fledged entrepreneur, or your heart, mind, and commitment aren’t in it. Regardless, it’s a huge stumbling block and a common red flag.

Cut Off All Previous Job Ties
Forget the past, even if the current company you work for offers flex or part-time work, allows you to work from home, or if you decide to work elsewhere during the weekends. Just avoid these reminders of the past, which can become a distraction.

When striking out to be an entrepreneur, don’t allow other things to become a crutch which will divert you from your true endeavors. It’s either go all in or stay out. You should be devoting every single moment of your available time to building your startup.

Don’t Expect Support From Others
Even if others won’t blatantly tell you, they’re secretly rolling their eyes on your new endeavor, as most will not be supportive.

So expect questions such as “That sounds risky, are you planning to work part-time?” or “What happens if you don’t make any money?” or “I don’t know, are you sure doing that’s a good idea?”

These questions, usually concerns, are from those who are the closest to you, worried about your welfare, but regardless if they’re genuine or not, it doesn’t really matter.

What you need is to grow thick skin, which is mandatory to become an entrepreneur, by finding and then surrounding yourself with other like minded supportive people.

Spend Time Drafting A Business Plan
Remember those 18 months, spend the majority of that time developing a business plan, which is the most important statement for an entrepreneur. This is where you work out all the kinks, the worst-case scenarios.

Be completely concise ruling out all the potential pitfalls, the speed bumps before you encounter them. Also begin researching networking opportunities as well as investor options. What you don’t want is to quit you job unless a solid draft is in place.

Becoming a successful entrepreneur is a full-time occupation and not a hobby, and will take a lot more than the traditional 40 hours per week. So if you do so haphazardly, you won’t get the results you want.