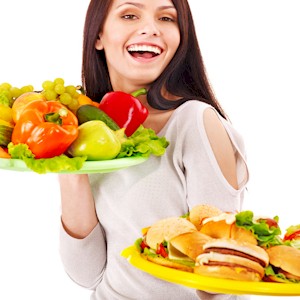 Your body is a living biological organism. And similar to any other living animal, mammal, or plant, reacts in a similar way. The living organs, cells, and fluids all work in unison like a unit, and if one part of the it fails to function, the body then becomes ill and diseased.

Your body is similar to a well-functioning sports team. The playing surface is your body, the free-radicals which are constantly invading it are trying to shorten your lifespan, attempting to defeat you by taking away home field advantage by making you sick.

You can win or lose on any given day. The opposing team has significant players which are the free-radicals along with chronic inflammation. They never give up, they never get tired, and they’re constantly attacking you.

From the moment that you’re born, free-radicals enter your body, this with the very first breath that you take, and will immediately begin an assault on your cells.

The Attack Of The Free Radicals
Free-radicals are tiny invisible molecules or atoms that are missing an electron. What they do is attack the cells in the body that they come in contact with, attempting to “steal” an electron from it.

These free-radicals continue to relentlessly attack your cells until they succeed. During this process, what they’ll do is damage the healthy cell that they’re attacking.

Free-radicals can’t be avoided, as they’re in the air we breathe, the water that we drink, the processed junk food we eat.

Sources Of Free Radicals
Free-radicals can also be caused by injury or trauma. They come from the medication we take when attempting to recover from illness, which is known as a “side-effect.”

Everyday that we survive, what enters our body are viral free-radicals. The biggest damage that they cause is inflammation, which medical experts refer to as the silent killer.

Since our bodies are amazingly responsive organisms, it immediately senses any type of injury or illness, in this case inflammation, and will send help in the attempts to restore the area that’s been inflamed.

The Fight Against Free Radicals
This is where the struggle becomes complicated, as free-radicals are aware of this and has a tendency to cheat. They don’t just damage a cell whenever they steal an electron, but what they’ll do is also deform that cell as well.

This once healthy cell then also becomes deformed, which results in chronic inflammation, continuing to attack the other healthy cells inside our body. This is how illness and disease mutates.

To Chase Away Free Radicals
Any living organism needs oxygen to breath and survive. When doing so, what we breath in are damaging free-radicals into our body, which has just one intent and that’s to damage our healthy cells.

So the body needs additional help to fight off these free-radicals, this by the help of taking large amounts of anti-oxidants, this to fortify the cells, allowing them to survive another day.

Anti-oxidants are the dominant alpha molecules or atoms, as what they have is an extra electron which it feeds the free-radical, this in the attempts to convert it.

Once the free-radical converts, it then becomes an ally to the body which strengthens the immune system. Consider the immune system to be the coach of your team, so the stronger the better.

A Strong Immune System
Once you strengthen your immune system, what you’re doing is generating the momentum to fight off the free-radicals which are invading your body.

So the key becomes to make your immune system as strong as possible, this with adequate doses of vitamins, minerals, and anti-oxidants.

If your immune is starved of these essential nutrients, the cells as a result won’t get the proper help that they need to fight off the invading free-radicals.

It begins by taking a natural multi-vitamin. For those who don’t, there are now teens who are being diagnosed with diabetes, this because of their poor eating habits. Those in their 30’s, show signs of “hardening of the arteries,” of a 60 year old.

What Did You Eat Today
What we can’t avoid is breathing in polluted air, drinking tainted water, eating poor food, all which damages the immune. So to maintain our health, what’s required is to supplement with vitamins, minerals, and anti-oxidants.

The best natural way are fresh fruits and vegetables. Most plants contain up to 1,500 different anti-oxidants, vitamins, and minerals. Vitamin’s C and E contain the largest amounts of anti-oxidants.

It’s thought that you can absorb as much vitamin C as you want, this without harming the body, while vitamin E has a recommended daily dosage based on your body weight.

Fresh fish also contains a high number of nutritional anti-oxidants, and should be incorporated into your diet a few times a week.

Healthier Food Preparation
What’s also known is that you can unknowingly destroy the anti-oxidants which are present in the foods, this based on how they’re prepared.

What’s not recommended is microwaving your vegetables or fish. Instead, either broil or steam them. Avoid cooking them in fat by frying, so sorry tempura fans.

All foods are extremely vulnerable, so any health benefits they provide can easily be destroyed by preparing the food wrong.

Food is considered biological organisms, and anything that’s living is constantly exposed to free-radical damage, which attacks and breaks down their nutritional value.

So choose the foods which provides the highest most active anti-oxidant properties, and then eat them as raw as possible, or cook them properly to not remove their nutritional value.

Why Saying Your Too Busy Can End A Perfectly Good Relationship