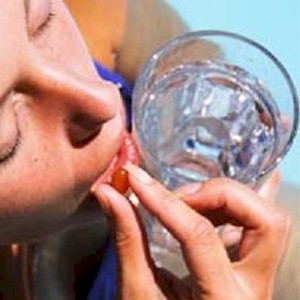 When one thinks of precious minerals, many will think of gold and silver. But when it comes to our body and its state of health, there are far more important ones, such as iron and calcium. They are far more valuable, as these dietary minerals carries out vital tasks.

What food science experts, health practitioners, and dietitians did was divide these life extending nutrients into two distinct groups, major and trace minerals. This based on their usable dependence, on how much of the actual mineral is found in the body.

There are a group of minerals which the body can’t do without. Certain major minerals stands out because there’s an abundance of them, which are present and actively keeping the body responsive at all times.

If you could somehow extract the amount of minerals which are currently in the body and placed them on a scale, they would weigh around 5 pounds. Four pounds of it would be phosphorous and calcium, and the other five major minerals would make up the rest.

Phosphorus
This mineral is found abundantly in the body, working feverishly away hand-in-hand with calcium, this to build and maintain strong bones and teeth. Phosphorus also helps in turning food into energy.

Phosphorus plays a critical role in the structuring of DNA, which aids in the construction of membranes, while helping in the building of healthy new cells throughout the body.

Calcium
Calcium by far is the most abundant and critical mineral in the body. It’s mostly known to make our bones and teeth strong and hard. Without it, every bone would be as soft as the muscles on our arm.

Calcium just doesn’t remain or is used to strengthen the skeleton and the bones, it’s also found active in the bloodstream as well.

Calcium plays an essential role when it comes to regulating blood pressure while helping the muscles contract. The heart also needs the help of calcium to keep beating regularly.

Potassium
The role that potassium plays is it keeps our blood pressure steady, while helping in maintaining a steady heartbeat, along with balancing water in the cells.

It also assures that all of our muscles and the nervous system are working as efficiently and systematic as possible. Similar to magnesium, potassium is found to be a vital mineral for maintaining proper heart health.

Magnesium
This is one of the least common minerals, yet it plays a vital role in the functioning of the body. Realize that although it’s assignment may be minimal, it’s a key regulator.

What it does is assists in keeping the bones and teeth strong and healthy, by making sure that the calcium, potassium, vitamin D, and the proteins are all doing their jobs. Whenever you flex your muscles, what magnesium does is it helps them relax again.

What experts have also found is a strong correlation between magnesium and better heart health. It’s found that a deficiency could increase the risk of high blood pressure, which elevates cardiovascular complications.

Sodium
What sodium, better known as salt usually gets is a bad rap, this because it’s used in excess in most common diets. But know that your body needs levels of sodium to maintain a proper balance of fluids.

What most will do however is limit their sodium intake for perceived health reasons. Those who are “sodium sensitive,” are especially at risk of heart disease.

It’s found that the recommended daily level of sodium intake should be around 2,400 milligrams or less.

Sulfur
This mineral plays a key supporting role when it comes to the functioning of protein and thiamin, but by itself, it doesn’t do that much.

Sulfur is especially important when it comes to protein because it gives it durability. The body’s most toughest protein, which is found in the nails, skin, and hair, contains the highest amounts of sulfur.

They’re called trace minerals because they make up just a small percentage of our total body weight, which is less than one-twentieth of a percent.

Their tiny amounts however, only makes them more valuable, as they carry the same burden as any of the more common nutrients.

Iron
If you don’t have even a teaspoon of this mineral residing in your body, you couldn’t breathe. Iron makes up hemoglobin and myoglobin, two compounds which carries oxygen throughout our blood and muscles.

This is the reason why you feel sluggish and dog tired when you’re iron deficient.

Iodine
The thyroid gland uses iodine to produce hormones. What these essential compounds does is controls our body temperature, while regulating the metabolism levels in every major organ.

A lack of iodine wreaks havoc in the body which causes a condition known as goiter.

Selenium
Selenium is now recognized for preventing major illnesses, along with having the duty of carrying out important daily tasks in the body.

It assists the thyroid to use iodine, while also helping in maintaining a healthy immune system. A deficiency in selenium can result in heart and thyroid disease.

Zinc
Zinc has multiple purposes such as building new cells, cleaning up free radicals, and producing sustainable energy to other nutrients.

A deficiency in zinc can become dangerous, which leads to digestion issues and deficiencies in other nutrients.

Other Trace Minerals
Other valuable trace minerals include copper, chromium, manganese, fluoride, and molybdenum, all which are found in common foods and beverages.

They’re responsible for doing everything from maintaining proper blood sugar levels (chromium) to potentially stronger teeth (fluoride). The key is getting your daily recommended requirements.

Experts are constantly investigating a handful of other useful minerals to find how essential they are to our body. Boron for instance, appears promising for promoting stronger bones and joints.