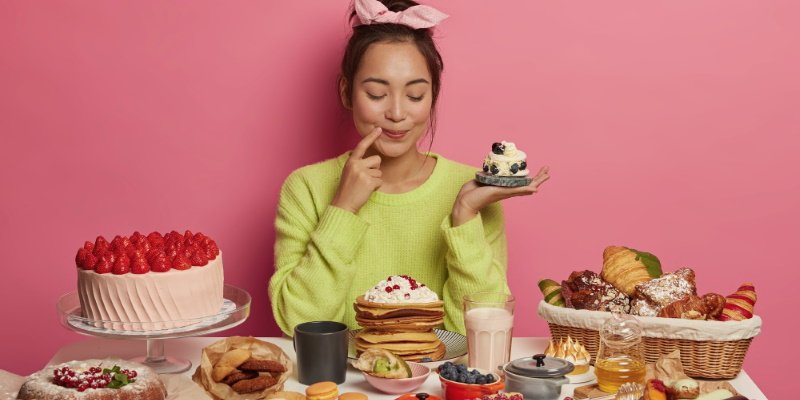 It’s known there are as many poisons on this planet as there are cures. It’s become impossible to avoid them, despite our best attempts to live a pure healthy life. They’re readily found in chemical cleaners, preservatives, processed foods, food additives, and the pesticides we’re exposed to daily.

We can’t live in isolation in a cocoon, grow our own organic food, drink pure spring water. Most don’t drive a hybrid car or ride a bike for transportation.

So the best we can do is build up and strengthen our immune system, while consciously making healthier food choices for ourselves and our family.

It’s also obviously not possible to eliminate everything unhealthy, as most are incorporated into our lifestyles as habits.

What we can do however is to begin avoiding the most toxic of these foods and substances which harms our bodies and minds, while draining out our energy.

The Two Most Toxic Foods Which Damages Our Health

These two particular known toxins, are heavily consumed by the majority of us as they are readily available everywhere.

What they do is drain our internal and physical energy as they inject their poisons into us.

What refined sugar does is it makes you hyperactive and irritable, while causing premature aging. Sugar is also the most consumed substance on the planet.

It’s most harmful compounds can be found in the form of sucrose, fructose, dextrose, and corn syrup.

What sugar does after its initial fix, after it enters our body is negatively affects our mood and behavior.

Sugar makes us cranky and irritable after the initial crash, or once we crave more of it.

What sugar does in its most damaging form is it depletes the essential B vitamins, which lowers the body’s resistance to viruses, bacteria, and yeasts.

The Up And Down Spikes Of Insulin

Sugar harms our health through a process known as glycosylation, which is also the primary cause of Type 2 diabetes.

The body becomes incapable of disposing the insulin properly, which increases heart disease.

Once consuming “empty” sugar, it enters directly into our bloodstream, which is the opposite of consuming a healthy wholesome meal.

The insulin is then instantly secreted, moving the sugar into the cells almost immediately.

Sugar Is The Culprit

This results in not enough sugar in the bloodstream, as the brain reacts as if we’re entering into a state of famine. This signals the adrenal glands to release cortisol and adrenaline.

What adrenaline does is it releases energy from the sugar that’s stored in the liver and muscles. The cortisol begins breaking down muscle mass into sugar.

This chain sequence of events is known as the insulin, adrenaline, and cortisol cycle.

It becomes a vicious cycle in the body, leaving you feeling cranky, lethargic, and craving for more sugar.

What we do is unintentionally consume too much of the wrong fats, this resulting in an obese nation.

As a result, most of us become overweight from these manufactured hydrogenated and polyunsaturated oils, such as corn or palm oil.

Just half a century ago, most had a diet consisting of naturally occurring fats and oils, such as real butter, coconut oil, olive oil, or fat from lean red meat.

Our diets now consists mainly of hydrogenated fats and other poor fats which slows down the metabolic process, resulting in heart disease and major illness.

The reason why these oils are harmful is because of the damaging industrial processes they’re put through during the manufacturing process, which restructures and renders them toxic.

This trans molecular structure hasn’t existed until recently, and is unrecognizable by the human body.

Since they’re now a part of our diets, they’ve been linked to certain degenerative diseases.

The Effects Of Hydrogenated Fats And Sugar

What’s recommended is these toxic fats be avoided. Avoiding hydrogenated oils and refined sugar as much as possible will result in:

Choosing What You Eat

Wholesome single ingredient foods are the healthiest way of boosting your metabolism, which stabilizes your cholesterol levels while improving your immune system.

These foods will provide natural energy along with structural integrity to every cell in your body.

Removing Toxins From The Body

Begin by taking a few minutes to check the food labels and the ingredients on all of the prepackaged foods at the supermarket.

Scan for these bad ingredients currently in your cupboards and refrigerator.

The Harmful Toxins To Look Out For:

Avoid sucrose, dextrose, corn syrup, fructose, and maltodextrin, which are the primary culprits.

Instead of drinking soda, drink water with a squeeze of lemon instead. Eat whole oats instead of sugary breakfast cereals.

Bake using wholewheat or soy flour instead of using white flour based products.

Avoid eating deep fried foods such as potato chips or French fries, especially the fast food variety at the mall.

Replace your store bought salad dressings, especially the creamy variety, by making your own. Use natural healthy oils such as olive oil, flaxseed oil, walnut oil, or sesame oil.

Make sure you make it a habit of reading the labels as carefully as possible, as manufacturers are known to be deceptive when it comes to hiding certain harmful ingredients.

How Those Voices In Your Head Affects Your Mental Cognition