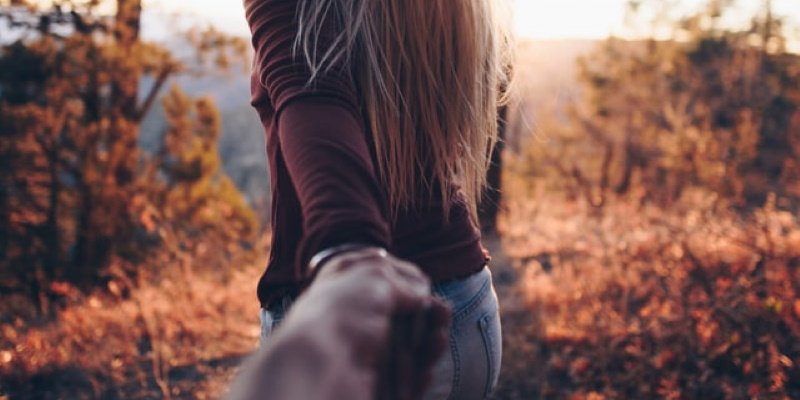 What some want is constant verbal reaffirmation daily, they are loved. This because they are insecure. It’s also a difficult thing for most to express. So it’s reassuring to know there are visual cues, invisible indicators, which reveals if someone really cares about you or not.

There are certain clues based on behavioral approaches and visual signs. These are displayed to test the longevity, the long term sustainability of a relationship.

It’s thought how we or others feel is based more on our physical actions, reactions, rather than what we verbally say.

What this approach follows is the assumption of what the observable actions provide. In most cases, there’s solid evidence regarding what’s actually going on inside a person’s intent.

The direct inferences which are made from them, is a better indicator than what we actually speak.

So what’s been determined is there are certain subconscious clues, gestures, including how or what’s said, along with the actions which are displayed.

This occurs before, during and or after an interaction, which displays the true feelings of that person.

They Look Directly At You

Partners will eventually verbally reveal with one other their deepest darkest secrets and feelings, their biggest fears.

If they look directly at you while you’re talking, or if they happen to dart a glance your way, this suggests they like being with you and are interested.

There’s no need to spend hours gazing into each others eyes as doing so could become uncomfortable, and eye straining.

But a quick reaffirming glance can send the proper message, shivers down the spine.

Someone who genuinely cares about you will boost your self-esteem and sense of identity when needed.

Being with someone who makes you feel valued, provides for stronger positive reinforcement. We want to be with those who makes us feel better.

But this doesn’t mean “fairy tale” days and nights where you never quibble, become annoyed, or frustrated with one other.

But overall, you’re partner boosts your confidence, you return the favor, and you want to spend more time together.

You also feel more positive and trust one another when you’re apart.

Most Of Their Decisions Includes You

Most couples discuss on everything that’s everyday life including all the mundane chores.

What’s also discussed are the more important questions such as how much money to spend or save, and how.

What’s advised for couples is to discuss these tasks mutually to keep everything on the level.

That both of you feel your views and concerns are sought out and are being heard.

Will Stick Up For You

Does your partner defend you once someone criticizes you, or do they join in the fray. What’s known is those who truly care about you will at times risk their own well-being for yours.

Partners in relationships displays their love for each other by bonding together when either is attacked.

It’s found those who felt stigmatized because of their relationships, often drew strength together when in the face of adversity.

We often get overwhelmed and get too busy at times with chores, tasks, and duties which compounds to our already hectic day.

Does your partner offer to help, once they know you’re swamped. Or do they just ignore.

For instance, if they’re tech savvy, do they voluntarily help out when you need some “tech” assistance on your computer.

Or, if you’re sick and need something from the drug store, does your partner drop everything, and go on a rescue mission and get your cough medication.

Will Always Trust You

Those who really care about you will most often give you the benefit of the doubt.

Research also shows most successful long-term relationships, partners want a sense of knowing where their mates are at any given time.

A partner also won’t question where you were, if you happened to come home late.

They won’t go shuffling through your email or your smartphone bill, but will rather display a kind of trust or concern which shows they care.

Will Ask How Your Day Went

When you’re both alone during the down times when you spend time together, does your partner ask while showing genuine interest, how your day went.

They want to know all the highs and the low points when it comes to your work day.

It’s known couples will usually build their love for one other, not necessarily on the ethereal, but rather on the practical, keeping the communication routes open.

Wanting To Spend Time With You

They’re wanting to invest genuine time quality time with you. Doing so is thought to be the key indicator for any successful long-term relationship according to most experts.

Although you both lead busy lives, careers, family, and other commitments, someone who truly cares will use whatever available time that’s left over to spend with you.

They make it a priority to find some alone time to spend together on a daily basis.

Respects All Your Viewpoints

You could both be on the complete opposite sides of a subject or an opinion, but will remain happily together regardless.

The key isn’t what your beliefs are, but rather you both have an open mind to accept and respect one others perspective as being heard and valid.

Enjoys Discussing The Past

It’s found couples who enjoy spending their time reliving all of their most enjoyable times, and even their rough patches from the past. And do so in a supportive positive way, strengthens the bond.

If your partner constantly uses phrases such as “Remember that time when we…?” and will then proceed to recall a great story from your past.

A great time you may have personally forgotten, suggests those shared experiences played an important role to them.

There’s no need to always be “physical” to be emotionally intimate with one other.

But displaying some signs of physical closeness, such as subconsciously resting a hand on your shoulder, suggests there’s a vital connection.

How To Sell Anything To Almost Anyone At Any Time