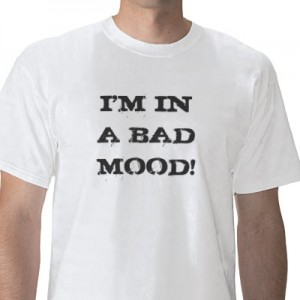 We can all get emotional every once in a while for a variety of reasons. If this emotion happens to be bad, it can be like a disease, and humans can be susceptible to catching it.

But by using a bit of foresight and recognizing the patterns, emotions can be either good or bad. It’s entirely possible to just catch the “good” emotions while avoid the negative ones.

You can begin by documenting your feelings in various settings or when you’re with different individuals or groups. Identify those individuals or settings which will generally drain you out by bringing you down, or make you feel frustrated, stressed out, or angry.

The best way that you can do so is to tune out your own moods the best that you can. So if you experience bad mood swings on your own, as we all do on occasion, try controlling them as much as possible. This way, you’ll identify the areas of the most common contagion.

For instance, go to work in a neutral mood as possible, maybe even a bit on the giddy side. But note when that good mood begins to dissipate, turns dour, or into anger or frustration.

That’s a pretty good indicator that someone that you work with, or someone in the group that you’re with, may be spreading it. Or it could be that you just hate your job, and that’s putting you in a bad mood.

Similarly, you may find that you automatically get tense or anxious every time someone particular enters a room or visits you, such as a relative, then that’s a good indicator as well.

However, becoming aware of these mood shifts are only the beginning, this since these scenarios are just examples of the various circumstances which you can’t remove or control in your life. So you’ll need to somehow change the situation, or work around them.

How To Avoid Catching The Negative Emotional Flu
Just Avoid Them
If at all possible, distance yourself from these individuals who may be spreading the negative emotion your way. If you’re not able to completely remove yourself, then take some “happy mood breaks,” where you do something that you enjoy. Try spending time with those positive people who’ll lift your mood.

Reversing The Emotion
Attempt to reverse the negative emotion that’s being created by that negative person. Just smile more, be positive and happy even if there are others that are constantly complaining, whining, and being generally sad and angry.

At times, if you’re tenacious about it, you may even be able to reverse the negative infection yourself, which causes the pattern to spin around. Know that negative emotions can be contagious, but the positive ones are as well.

It may take a bit of effort to turn things around based on your confidence and personality, but it will be worth it since even if you don’t succeed, you’ll still benefit from not allowing all of the negativity to affect you.

Just Let Them Know
Talk to that person who’s constantly negative and causing you and others to feel stressed and angry. At times, just by pointing it out to them, and telling them how crummy they’re making you feel can actually motivate them to change their attitude.

However, approach them as discreetly as possible, and by not saying “You really tick me off because you’re always so angry.” Instead, be empathic by expressing your feelings, by using “I and You” statements to make your point.

“When I’m around you, I find that I feel really tense, and at times, I wonder if it’s because you are at times feeling a bit stressed out yourself and I’m picking up on that vibe.”

Be As Positive As Possible
Attempt to infuse your positivity as much as possible in your conversations and meetings with others. If you have group or work related meetings, it’s often common just to hear whining, criticism, and complaints, rather than positive feedback and compliments.

So start a habit of beginning these meetings with something positive, such as a joke that everyone can relate to. Share and spread the successes, compliments, milestones, or reaching company or personal goals.

But in order to grow, the “negatives” also need to be addressed so you could weed them out and eliminate them. But it’s important to begin with the positives, this since everyone will be in a better state of mind once the negatives are discussed.

Protect Yourself
Make sure that you protect yourself from negative emotional attacks, much like you would a common cold. If you happen to be tired or hungry, you’ll then be more vulnerable to catch someone’s negative emotions.

So make a note of getting enough sleep, watch your diet, exercise, and do things that you enjoy. What getting sunshine and exercising does is they release endorphins, which is the body’s natural mood enhancer.

It’s obviously impossible for you to control how someone else acts or feels in different situations. But what you can control is is how you feel and respond to their emotions.

Instantly Recognizing Negativity
It’s possible to know what others are thinking or feeling just based on their behavior, such as: their facial expression, tone of voice, rate of speech, or body posture.

By watching out for and being aware of these reveals, you can then train yourself to avoid or override the negative emotions that others feel. It comes down to recognizing the bad emotions and then becoming as immune as possible. So it’s important to know how vulnerable you are when someone is in a bad mood.