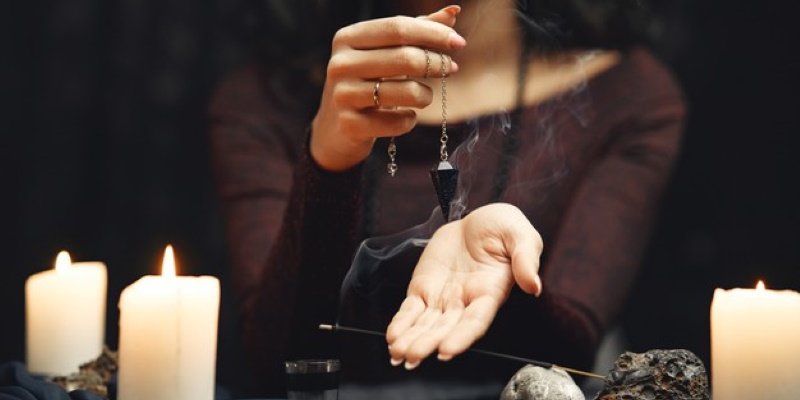 The human brain over time has evolved to the point of becoming an extremely finely tuned machine. It’s capable of performing a multitude of tasks. But as for now, it appears attempting to predict the future and bend it to our favor, may not be one of them.

Once we attempt to project where we want to be in the future, it often becomes clouded by overt optimism or downright despair.

Then there are some who claims predicting events in the future, may be easier than you think.

All that’s required is touching and tapping into your inner “Kreskin™,” and there are a few strategies to do so.

Undeniably, a healthy sane mind will always imagine our thoughts and actions, will continue to work out favorably for us in the future. It’s called optimism.

Many believe we are what we think. Which may as a result make it difficult to analyze the evidence logically.

The majority of us are also usually hopeful about the future, even if the odds are stacked against us.

For instance, test subjects genuinely believed they could predict winning numbers in a lottery, that’s drawn in the future.

Although they logically know the odds are highly against them, they remained optimistic they could.

Casinos, lotteries, and gambling establishments capitalize on these wishes.

They as a result has become the most lucrative industry in the world. “The guessing game.”

They’ve made massive profits on the other side of this bias, as they make massive money from the “wishful thinking effect.”

But if you’re able to separate the facts and dissect them from your best hopes, your next prediction can potentially come true.

Keeping It As Real As Possible

It becomes extremely challenging to imagine, when it comes to how we’ll react once we’re in a hypothetical situation.

To get the best results, you can limit your attempts of “predicting” to more established scenarios.

Researchers asked two test groups for instance, if they could predict their own performance during a scavenger hunt.

• The first group was told the game was completely hypothetical, and as a result, everyone overestimated their abilities

• The second group believed it was for real, and thus made accurate realistic guesses

It’s been verified when it comes to our powers of prediction, most are more accurate guessing the future of others, rather than ourselves.

The clinical reason why we’re able to make these predictions, is because we witness their actions first hand, collecting actual evidence.

But when it comes to ourselves, we’ll continuously view our failures as aberrations and ignore them. This will occur even if we clearly spot a distinct pattern.

So if you ask someone for their input, this can help in keeping an accurate view of our own abilities in check.

Predicting A Brighter Future For Ourselves

Some will claim we can actually create our own favorable future we want for ourselves, with a bit of ground work.

Some will even dedicate their lives to restoring individuals, to passionately connect with their dreams they have for their future. They claim to make them true.

Once someone has a steady and sustained vision of a successful future, what this allows for is the ability to carve out mental paths in their minds to achieve them.

To actually begin living towards them by setting goals, slowly but surely.

Steps To Predicting A Better Future For Yourself

• You can achieve whatever you want in life. Provided you have a clear defined vision of where you’re headed. The reason why the majority of people fail to move forward, is because they have no idea what they’re doing, no focus where they’re going.

• For those who are headed in the right direction, do so because that’s what they’ve been programmed for. This because of what others such as their parents envisioned them to become. So as a result, they’re not really living their own lives.

• The most successful of people will usually set their sights as high as they can, believing anything is possible. The majority are just conditioned to settle for what they get. This is however the antithesis of what the human spirit is. Conventional thinking is often dedicated towards the idea that happiness only comes from lowered expectations, and accepting what’s at hand.

• There are plenty of individuals who are in destructive unsatisfying relationships. They are constantly convincing themselves their partners are attempting to influence them that their situation, whatever it may be is good enough.

• What having a clear vision of the future gives you is a constant source of motivation and hope. But the command to envision your future may be too far outreached to be able to help. What this likely does is induces a brain freeze. You’ll need to break down the future into specific components of experience. This includes your physical and social life, career, your emotional and financial health, etc.

Looking Forward To A Better Day

Our relationship when it comes to the future is dependent on our current state of mind, where the previous wounds diminishes what our future holds. We also live in fear because of it.

This is the source of our negative emotions. Not knowing exactly what’s ahead for us, or not truly believing we deserve or can create a better future for ourselves.

What this leads to is a sense of uncertainty and stress, which drains our motivation and energy.

We’ve been conditioned to think we’re powerless, that the future is out of our hands and predetermined, something that’s delivered by fate.

What this leads to is enormous amounts of anxiety, leading towards hopelessness.

The reason anxiety is experienced is because it originates from our relationships, which is somewhere in the future.

7 Ways On How To Increase Your Self Confidence