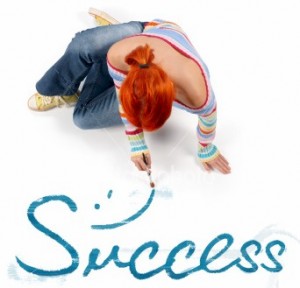 The current culture that we live in tends to glamorize Success, especially when this success is from hard-earned humble beginnings, applying blood and sweat, and then reaching high achievement. This can also apply towards someone, usually an underdog, who’s beat the odds in some way. Those are the individuals who has succeeded despite the great obstacles, people who have taken on risky or courageous business ventures and then profited.

They are those who has risen to fame because of their perseverance, and for some, whose great talent has become recognized. We also tend to celebrate those who has lived through troublesome traumatic circumstances which have, in some rare cases, taken on lives of their own.

There are also others who are less visible in the public eye, but are still significant successes, relative to they being compared to the achievements of others, such as being able to maintain a profitable venture when their immediate competitors are failing within the same industry.

This also applies as well to being able to keep their jobs when everyone else, their direct peers and colleagues, are losing their employment status. In all of these cases, there seems to be a price which comes with this success.

The Price Of Success
Success is calculated in a variety of different ways, and being able to achieve one’s preset ideals in a primary way which being successful can be measured.

One strong motivating force is striving towards a sense of worthiness in the effort towards matching the image of one’s ideals. This to also avoid potential failure as well as any shortcomings which become the internal criteria for shame as well as guilt.

When approaching one’s ideals, that can bolster a sense of being needed, as well as feeling important while masking feelings of vulnerability. Although feeling vulnerable with shame or guilt can linger directly underneath success, they’ll become conscious as a sense of anxiety or fraudulence about not being truly worthy.

When you initially strive to succeed, you idealize where you eventually want to be, even imagining the people who resides in the coveted positions as being fulfilled and happy. But once you finally get there, you’ll recognize that the same vulnerabilities you sought to disown with your new identity still exists, even though they’re now in a different realm.

Some of the most highly successful people will subsequently become self destructive, miserable, or self-defeating. They may even experience bouts of anxiety, begin to overindulge in bad vices, or engage in behavior which can risk their relationships or even their health.

If we as humans strive and are destined towards achieving our ultimate goals and ideals, then it becomes curious why one would have these experiences once their ideal selves is achieved.

We witness this when it comes to public figures or celebrities who are constantly being subjected to humiliation, whether it’s self-imposed or as a result of being disclosed by others, namely the gossip mongers.

Along with success also comes notoriety, where there are some who will look at the success of others and at times want to see that person fall apart or completely collapse. Tabloids constantly revel in the vulnerability as well as the self imploding behavior of human nature by focusing on those who are famous and show vulnerability.

For Those Who Are Successful
For those who are successful, their actions because of their higher profile becomes transparent to everyone. There may also be other factors which then plays a role in the downsides of being a success, namely, shame as well as the pressure of continuing or prolonging their expectations.

Once you’ve reached the top of your pinnacle, you’re then faced with the added expectations of others, and if you fail, their potential disappointment. The stress points are not about guilt but rather about shame. The responsibility which they have on attempting to keep everyone else thinking highly of them, while attempting to live up to their expectations.

Arrogance and the feeling of invincibility usually infuses with these positions of success and power, which is usually condoned by the culture in the need of heroes.

But when it comes to these heroes, regarding how much money they earn, the intricacies of their personal lives, and where they may stumble, that fantasy gives way towards an unappealing reality.

Success itself doesn’t usually draw a person towards self-destructing. It simply affords someone the possibility which can lead them to it. Being successful may just be the apogee of what one is able to do, and it can only go downhill from there.

It’s very likely that the majority of those who achieve success as well as manage the challenges and the expectations, and they’re also able to cope with all of the opportunities which success can afford them, rather than defeat them, are truly the most successful.