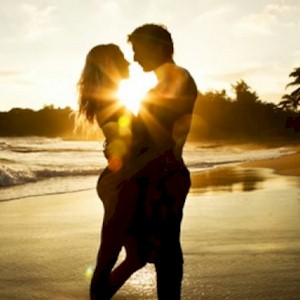 Those who claim they’re in Love, they falling aimlessly into a bottomless pit of goodness, their senses tingling, their hearts a flutter, what are they feeling.

What or which of the natural body chemicals are flooding their brains which being in love, or extreme like, offers over being neutral or completely turned off by someone.

Why does just the thought of that person begin to race your pulse, why do you think of that person, why do they influence everything that you do.

The time of year such as Spring also has an influence, as some will argue that new beginnings, warmer weather, will dictate your mood. What the colder stale months does is it will shut the body and the mind down to a standstill, catching colds and feeling miserable.

Did I Fall Or Was I Pushed
It’s true that being around people that you like, the sensation of falling off or being pushed off a cliff into love, is a lot more enjoyable of a sensation than hanging with people you don’t like.

You become more giddy and upbeat, while your mood begins to bounce up and down depending on how and where the relationship is headed, dammit heart, be still.

It’s thought that the majority of people who experiences love will feel so, but to different degrees on a scale. The natural chemicals which are activated behind the initial gush, when you’re attracted to someone new, is a feeling of bliss which can be biologically explained.

My Chemical Romance
Dopamine is the well known chemical which is created in the adrenal glands which enhances the release of testosterone. The sense of dopamine also affects other organs in the body as well, including our sweat glands and libido.

The early stages of initially feeling love, at times lust, you’ll most likely sweat a lot more. Everything will also appear more crisp, the food will taste better, the air feels fresher, the grass greener.

You can blame these enhanced sensations on the dopamine since it’s responsible for this, partially anyways. Once dopamine is released, one’s mood as well as emotions will be activated and become elevated, which leads towards feelings of joy, happiness, and excitement.

Dopamine also increases our testosterone levels, which leads us to display more aggressive behavior, which then influences us to actively pursue whomever is fueling this response.

This chain reaction effect then activates more neurotransmitters, phenylethylamine and norepinephrine, which leads us towards yet more increased intense and focused attention. Individuals will then begin to zero in on the individual of their desire, having feelings of euphoria towards that person.

Since norepinephrine is a stimulant, it causes individuals to feel more alert, can cause insomnia, while enabling them to remember even the smallest of details regarding their new partner.

What phenylethylamine does is it floods you with a sense of giddiness, which at times can also cause you to lose your appetite. If the relationship is more of lust than love, and it doesn’t last, then the phenylethylamine levels will begin to wear off, making you feel mildly depressed as a result.

And They Called It Puppy Love
This reward system allows sending these chemical messages through the neurotransmitters, along with all of the various receptors in the body, including the stomach, brain, skin, and other organs, making them tingle and sweat.

Each and every one of these senses are heightened because the reward system will automatically receive this information, which causes it to seek out more of the same pleasure.

Just the mere anticipation, just thinking about someone, is able to cause this biological response to stimulate the reward system.

When going through the initial stages of love, the activated reward system can also be stimulated by just a simple touch, a scent, a photo or a thought, which can increase mood and attention.

Then It Begins To Crash And Burn
Once a new relationship begins to step it up a notch and gets more complicated and involved, some may begin to feel the fear of rejection, which begins to override the pleasure chemicals of initially falling in love.

For this reason, there are some who may even become scared of committing to a relationship, or will become overly clingy, possessive, and extremely needy. As a result, this can drive the partner away.

Others will just plunge in, hoping that this may be the one, the relationship which may last.

This pattern which is continuously repeated is thought to of began during the early stages of childhood development, beginning with the relationship between mother and child.

This first initial relationship, although it’s not romantic, conditions us about how relationships work, along with what we should or can expect from others, and whether relationships, regardless of the type, are worthwhile or not.

To Of Loved And Lost Than Not Loved At All
For a variety of reasons, some will just rave about the merits of being single, and there’s absolutely no denying that falling in love can be an extremely emotional and stressful experience, while most agree it’s also exhilarating.

So once you’re single again, the next time that you begin commenting on how fresh and crisp the air is, that everything appears more alive and alert, then you may be falling in love.

The next time that you instinctively beginning grinning more, or a photo of someone reminds you of someone you just met, then enjoy that feeling since all of your senses are being activated, which can only mean one thing.

How To Stand Out And Be Noticed When Using Social Media