Is Dieting Or Exercising Better For Losing Weight
Skip to content 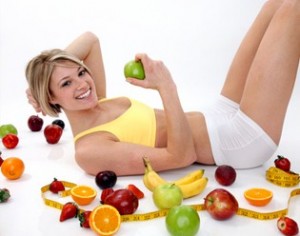 We all grow older, we all tend to advance, our biological clocks tick towards midnight. Our Metabolism as a result begins to slow down, and the excess body fat that we carry begins to accumulate, and as a result, our health begins to deteriorate, which requires more effort to upkeep.

From an elemental standpoint, obesity is directly correlated as an accelerated form of the aging process. These obesity issues also predisposes us to all of the unwanted diseases which accompanies this condition, and everything else that’s common with old age symptoms.

Why? This because what obesity does is it will reproduce most of the metabolic processes which underlies the aging itself. This occurs because the fat cells will produce unwanted inflammation in the body. The more of these fat cells that you create, primarily from bad eating habits, the more inflammation there is, demanding your body to control it better.

So consequently, once you begin to elevate the levels of these inflammatory proteins in the body, obesity will then in turn increase the risk of certain associated diseases.

Additionally, these inflammatory proteins will contribute towards the shrinkage of the brain, leading to a decline in cognitive thinking, and the potential increase of mild depression or dementia.

So Is Dieting Or Exercising Better
The debate has been on going for a while. To maintaining weight, to control these fat cells, is dieting or exercising better. Researchers have recently conducted a study investigating whether dieting, exercising, or a combination of both, is more effective when attempting to modify the levels of fat in the body. The direct focus was on the inflammatory proteins in obese or chronically overweight individuals.

After a twenty four month study, what was discovered was that the best method of weight loss, and more significantly the reduction in the levels of the inflammatory proteins, was from dieting. For those who participated in a strict exercise routine actually displayed no actual reduction when it came to inflammatory proteins.

Why Exercising Was So Ineffective
So why then was exercising so inefficient. The true answer lies somewhere between attempting to understand how our bodies evolved, to how we are today. What’s also important is the priorities which were established during this period of evolution.

Our gastrointestinal system and our stomachs, for instance, uses close to 70% percent of all the energy when you consume something, allowing the remaining 30% percent to be made available for the rest of the body.

Our brains will use around 14% percent of the energy, while the other major organs in the body, the ones which allows us to reproduce or move around in our immediate environment, including the muscles and bones, uses approximately 14% percent.

As a result, there’s very little energy substance which is left over for any other functions in the body which you need to do. These percentages should give you an idea of the priorities which the previous millions of years of human evolution has determined for our body to survive, and be as efficient as possible.

A Proper Diet More Important For Fat Loss
So unless you’re an extreme athlete, a marathon runner, or a long distance swimmer, the activities of our muscles isn’t a big influence when it comes to calorie burn.

So simply stated, what this study confirmed was that caloric restriction is the only verified and valid, as well as scientifically proven dietary intervention which was revealed to slow down the aging process, reducing the risk of certain diseases while improving health.

It’s also a lot more affordable. You can actually budget more wisely by eating more nutritious foods, such as fruits and vegetables, while saving money on those expensive gym memberships.

The good news is that the consequences of these unwanted inflammatory proteins which is caused by body fat is most likely to develop slower, which can require years to develop, and perhaps decades to be fully realized.

So the sooner that individuals, early in their lives, are able to properly control their body fat, the sooner that the brain and the body can be conditioned to recover quicker. The risk factors then becomes a lot more preventable.

Why What You Smell Can Influence How You Think And Feel