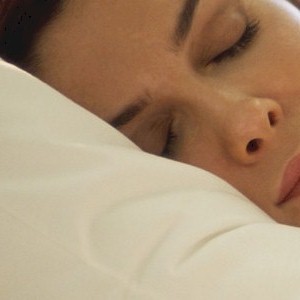 How much sleep do you get every night and how well, do you feel that it’s enough. It’s a well known fact that a lack of sleep harms your production at work, your daily function, and your health.

One of the most common side effects of being a busy executive, or running your own business are sleepless nights, not enough deserved and designated downtime. With all of the long hours that you put in, and the compounding and intense stress which accompanies it, most are left to just functioning the best way that they can on limited sleep.

Not sleeping enough has unforeseen consequences which goes beyond feeling groggy with a growing migraine the next day. The lack of adequate sleep has shown to increase stress as well as incidences of anxiety and even mild depression.

Proper sleep is something that we all need every night, and something that we can’t catch up on the weekends, it just doesn’t work that way. Whatever sleep that’s lost during the week, is lost forever, resulting in those baggy eyes.

Lack of sleep has also proven to be a contributor towards poor food choices which results in weight gain or ill health. So if you don’t get the proper prescribed sleep, you’re not operating at full potential.

This poor sleeping pattern can then eventually get in the way of you getting ahead in life. So listed are proven ways on how you can get more natural sleep at night.

Avoid Drinking Caffeinated Beverages
This up to 8 hours before you go to sleep. Beverages such as coffee, tea, and cola can linger in your system for that long. So if you’re fueling your days which turns into nights by drinking caffeine, that’s most likely causing you from getting a good night’s sleep.

Caffeine is also known to deplete serotonin, which is the natural feel good chemical that makes you feel calm, happy, and drowsy. Drinking excessive coffee as a result can lead towards insomnia, which aggravates stress and anxiety.

Never Eat 4 Hours Before Going To Sleep
Most will eat their largest, most hearty meal in the evening or at night, or have a bad habit of snacking right before bedtime. Doing so will contribute to weight gain along with a disjointed sleep pattern.

This because right after you eat, your body then goes to work to digest the food, which then hinders its ability to relax and wind down for sleep. If you happen to eat sugar based foods at night, the elevated blood sugar will also force you to wake up periodically during the night, holding you hostage, making it difficult to fall back asleep again.

Most who are busy tend to overeat at night since they may of skipped a meal during the day. One of the best ways to avoid this unhealthy routine is by having a solid protein-rich breakfast and lunch.

Avoiding Alcoholic Beverages Before Bed
The majority of people with insomnia, having difficulty falling asleep believe that having a glass of wine before bed will knock them out, helping them get a good night’s sleep.

It’s true that alcohol may help, but it will interfere with you staying asleep. What alcohol does is it raises your core body temperature, which increases the chances that you’ll wake up during the night, forcing you to count drunken sheep.

Avoiding Intense Exercising At Night
You know that you need to workout, so you decide to squeeze a bit of exercising late at night, right after that long day at the office. But doing so is most likely harming your sleep.

It’s okay however to do light stretching or yoga, which can actually promote sleep, but avoid any type of vigorous workout is guaranteed to keep you awake. What exercising does is it energizes the body as it gets the blood pumping and the muscles moving.

So it’s an excellent way to get your day started in the morning, but not really suitable for the evenings, as you’ll find it hard to wind down when getting ready for bed.

This lowered body temperature will make it easier for you to fall asleep and then remain asleep until the morning.

Creating The Perfect Sleep Environment
Make sure that you regulate the temperature of your sleeping area to be cool enough to induce a calm peaceful environment. Begin by keeping your shades drawn to block out early sunlight or late night streetlights.

If you’re sensitive to excessive exterior noise, then wearing earplugs is recommended. Having the most ideal sleep environment will allow for a much better and more restful reconstructive sleep period.

Writing Down A Plan
Research has revealed that those who take a few minutes before they going to sleep, reflect on what they did that day, and then writes them down in a journal, has proven that they’ll get a better nights sleep.

That injection of positivity induces feelings of calm and relaxation which also clears the mind for better shuteye. What’s also recommended is writing down a plan of action for the next day.

By doing so, by jotting down notes on paper, it relieves your mind of continuously thinking of the things which you need to do the next day, which can keep you up at night. If everything else fails, just go buy a firmer mattress for better sleep.