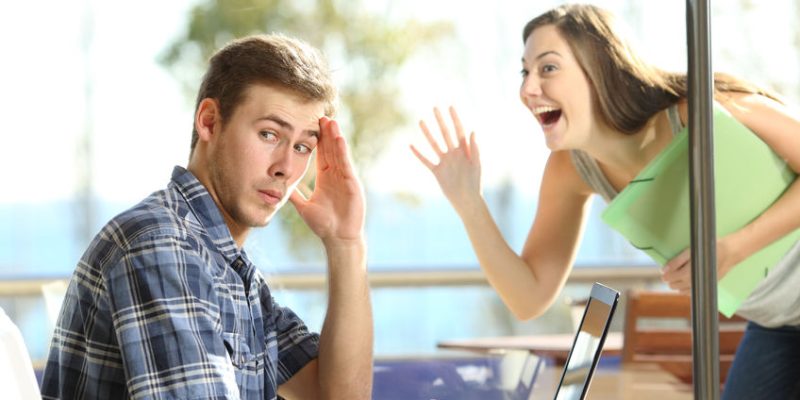 The majority of people, most likely you, don’t have a clue how you come across to other people. The immediate split-second impression you subconciously give off. Most don’t know themselves as well as they think they do.

Your particular behavior, your attitude, how you act around others. The vibe you give off all sends a distinct message.

A nonverbal message others can instantly pick up on to judge you. An impression you emit you’re most likely not aware of.

There’s a common definition which describes the majority of us, and that’s we’re average, normal.

We’ll use variants of this, as we refer to someone by saying, “John is just a “regular” guy,” or “Mary’s your average everyday type of worker.”

The truth being, we have no idea what’s bubbling underneath the hood of any individual we meet.

First impressions are usually the only real method, of gauging if they’re normal, insane, or spectacular.

Getting inside someone’s head, knowing what they’re thinking, or trying to understand them is too difficult, so we don’t bother. This because we’re concerned about ourselves, first.

This because what the majority of people do, is live their lives in quiet isolation and desperation. What we all do, is struggle with our identity, what makes us tick.

We worry about how we fit in with others, and with society. We fight with what our particular issues are.

There are plenty of dimensional elements, when it comes to how successful or effective we are at work, or around our friends. When it comes to our careers, being “average” essentially becomes meaningless.

Who Are You – Assessing Yourself

How you come across is key and fundamental to know beforehand. This because we’re always being assessed, judged by others, while we’re also constantly assessing them.

So the sooner you realize what these invisible signals you’re giving off are, the better. You knowing how your behavior affects people, the further ahead you’ll be.

Once you begin recognizing the “vibes” you give off, the more successful you’ll become. This to advance your career, or establishing better relationships.

So the theory of becoming successful is all about knowledge and experience, isn’t entirely true. It’s more “It’s not who you know, It’s YOU… you know.”

To be successful, what will set you apart from the ordinary, is how you control and project your behavior.

The Art Of Reading People

Some have a very good talent of assessing people, usually instantaneously, the moment they meet someone. Certain highly accomplished people, have a knack for it.

What most will generally do, is just lump whoever they meet into two distinct categories.

Those who they like and want to build a relationship with, and those they don’t like and will ignore.

If you happen to like someone, the keepers, we welcome them, help them as much as possible, nurture them.

If we don’t like someone, we don’t want anything to do with them, we’ll just avoid them, write them off.

So to decide if you want to “keep” someone or cut them loose, it comes down to their behavior, those invisible cues they initially set off, their aura.

For certain individuals such as business executives, they’re trained to look for certain immediate behavior traits in people they initially meet. To determine whether their keepers or not.

Once you meet someone for the first time and you like them, there’s an initial spark, as instant chemistry develops. You see and feel they have something special about them.

They display that competitive spirit at all times, while speaking of courage to take a risk. They express their thoughts concisely, they cut directly to the chase.

The, “I will do whatever I need to, to get what I want,” mentality. They’re willing to take direction, regarding anything you ask without question or doubt. A “how can I help you,” attitude.

They also display an extremely strong work ethic, and the ability to multitask. They’re goal orientated, disciplined, and are action takers.

Once they make a commitment or promise to something or someone, they’ll follow through.

They are enterprising, immediately decisive problem solvers, displaying extreme passion regarding their work.

They are humble without a trace of ego, and have developed a fine sense of humor.

They come across as an arrogant know it all, while becoming instantly rattled once they’re confronted or challenged. They display entitlement, are non-committal, and will give off an “It’s all about me” attitude.

They play safe, they don’t like taking risks. They’re boastful of any small accomplishment they have, and are annoying about it.

They will make a boatload of promises which goes unfulfilled. They’re only nice to those who could help them.

They have a trait of making excuses, while pointing fingers and deflecting blame.

They’ll usually come across as flaky, insubordinate, always needs to be right, and don’t like to be told what to do.

They’re not willing to go that extra mile, do more than they’re asked. They constantly fail to meet commitments, while playing the victim card. They come across as egotistical, rude, and aloof.

So How “Average” Are You

The majority of people have no clue of the vibe they give off to others. To them, they’re just trying to be as “normal” and likable as possible.

Realize when you meet someone for the first time, for a job interview or business, they’re not looking for normal. They’re looking for someone who stands out.

You’ve either got the exact behavioral traits they’re looking for, have what it takes, or you don’t, and you should know the difference. You’re either liked by them, or you’re instantly dismissed.

So it becomes important to know, what type of impression you’re giving off. If you don’t want or bother to find out what they are, well, that’s normal as well.

So what you need to do, is face your fears, and be as spectacular as possible.

If you think you know who you are, think you know how you project yourself to others, and don’t think there’s any need to improve yourself, then you’re just being average.

How To Control The Behavior Of The Sociopaths Among Us