We all get butterflies in the pit of our stomach, feel a bit queasy, get a bit nervous when meeting someone new for the first time. This could be a business meeting, social event, or a romantic date. When we get anxious, our subconscious mind takes over, which reveals what our true personality is. 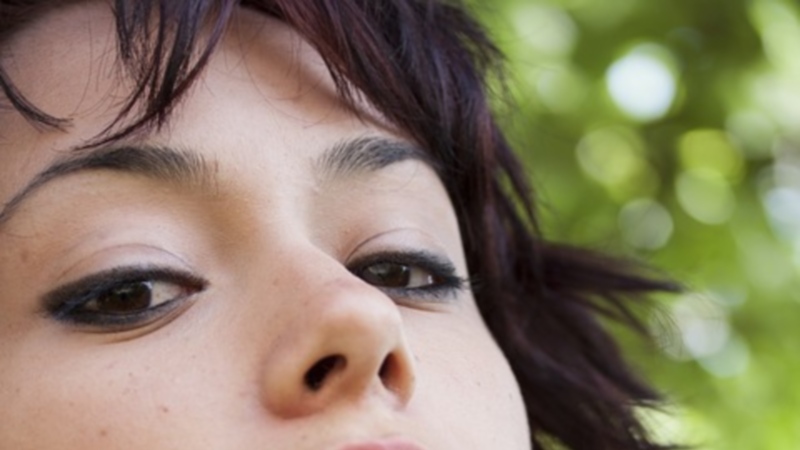 From the moment, the instance that two people meet, what we’ll do is instinctively analyze each other, size each other up, this before a word is ever spoken. What we’ll do is look for visual signs, clues, for qualities such as the other persons honesty, intelligence, altruism, or how aloof they appear.

This happens during every situation when strangers meet. An anxiety fueled “blind date,” a job interview, closing that deal. All the small mannerisms reveals all. From how firm the handshake is, to how often one blinks or looks away.

What’s isolated are the small gestures, the nuances which stands out, and becomes peculiar, this in the attempts to make a good first impression.

What these subtle details that we give off does, is reveals our true personality. It becomes key to know what the most common behaviors are that others will use to judge you, and how we judge them.

That Fishy “Cold” Handshake
What a handshake mirrors are characteristic traits, this on how we reveal ourselves, how we’re feeling inside at that exact moment in time.

What most will do, is instantly grade someone based on their handshake, as that’s usually the first point of contact other than the initial “Hello.”

Firm handshakes will usually reveal a person of strong confident character. Handshakes that are weak, limp, cold and moist, indicates a lack of confidence.

What research shows, is that your handshake gives away certain areas of your personality instantly. Someone with a firm grasp is a person likely to be extroverted, expressing their emotions outwardly, and not neurotically.

Making Eye Contact
A limp handshake along with not making eye contact, does is displays poor self control, low self-esteem, not being able to follow through on things, while displaying weak willpower.

What extroverts will do is look directly at a person, deeply and often. They’ll usually gaze for longer periods of time, when talking or listening to others, than introverts will.

Generally, those who look more often at the people that they’re with, are usually more socially dominant, gregarious, and confident.

How Prompt Are You
Are you constantly running a few minutes late, even if it’s an extremely important meeting. As the seconds tick away, the person or party who you’re forcing to wait for you, is forming a negative impression on you.

Most people who are proactive and sincere, will show up on time, this because they’re self-motivated, courteous, organized, and they value your time and theirs.

Those who procrastinates, are generally not that organized, and as a result will usually be running late. Their mind is erratic and confused at the last minute, and then they lose track of their time and forced to be late.

According to research, those who are chronically late aren’t necessarily inconsiderate, but are most likely just laid-back, and not a go getter. They’re more of a “Type B” personality.

How You Treat Others
The initial reveal, this when on a first date, or when having a business lunch with a new client, is how you treat the restaurant staff or the doorman. What keen observers will do, is pay extreme close attention to how you interact specifically with the “help.”

Some claim that they’ll never date someone again, who’s rude to the restaurant staff, as that’s a “tell” on how they themselves, will most likely be treated in the future.

This is why some job interviewers, will perform senior management position interviews over lunch. They’ll closely obverse how you socially interact, this to determine if you’re “executive” material or not.

This is the first clue, on how genuine you are as a person, so even though you’re nice to them, you may be rude or standoffish to someone serving the food.

Where You Look
What type of personality you are is revealed, by where you look when you take a sip of water. If you look directly into your glass, you are introspective, idealistic, focused, and extremely self-aware.

If you happen to look over the rim of the glass, and at the person sitting directly across from you, you are more influenced, conscious of others, more extroverted and carefree, and generally more open and trusting.

A person who briefly closes their eyes while taking a sip of water, may have stress issues, be in some type of discomfort or pain, and is previously preoccupied by something.

If You Fidget
Such as biting your nails or stroking your hair. Whenever someone happens to be constantly chewing their nails, that’s a sign that they’re “eating” away at themselves.

What research shows is that nail biters, or those who picks at their skin, or constantly pulls their hair, are usually perfectionists, and unable to completely relax.

Your Handwriting
This usually won’t apply itself in the first five minutes of meeting someone new, but how you stroke your pen when writing a grocery list or a love note for instance, reveals a lot about your personality.

It’s found that those who places extreme pressure on the tip of their pen on paper when writing, are usually more stubborn in attitude, while also possessing self-confidence.

This is a science in itself, as graphologists will tell you that what writing larger words does, is indicates that you’re a people person, while writing small compact words suggests that you’re introverted.

Words on paper where the writing slants forward, can mean that you’re friendly and progressive. Words written straight up means you’re pragmatic, while words which are slanted backwards, suggests you’re introspective.

How Often You’re Distracted
You look around erratically or are constantly checking your phone, this when you’re alone or with someone. If you’re constantly refreshing your Facebook or checking other people around you out, then you’re needlessly anxious.

What research shows, is that constantly being distracted, is a sign that you may not be that emotionally stable, and what you’re looking for is a boost in your spirit.