How To Turn Your Day Dreams Into Reality
Skip to content 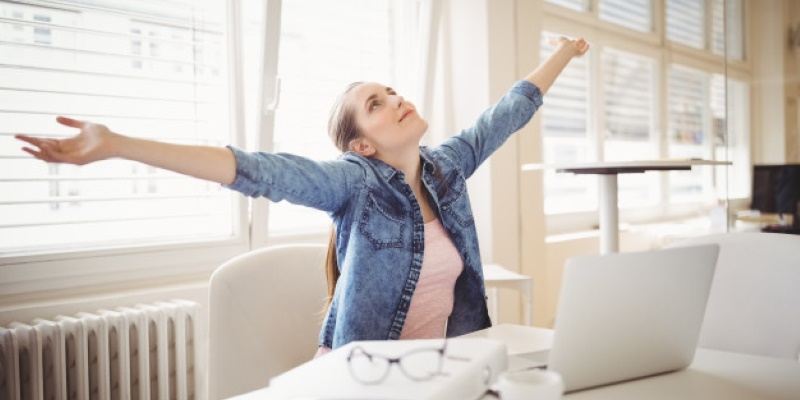 Did you know that you can use the same mind altering techniques that cults use, this to get whatever you want in life. This concept was originated over a century ago, by a body of work called, “As a man thinketh,” which sparked the current mind/life, the law of attraction, movement.

The idea being that the life you currently live is a direct result of the thoughts, good or bad, that you thought of previously.

What’s expertly illustrated is how the thoughts you’re thinking right now, is determining the exact life that you’re going to live tomorrow, and in the future.

This is a direct quote from a biblical passage that states: “As a man thinketh in his heart, so he is.”

The modern day interpretation being: “Whatever thoughts you believe to be true and hold dear to your heart, becomes your life and destiny.”

What We Think About

So what we constantly dwell on, the precise thoughts we think of all day long, eventually leaks into the recesses of our deeper mind, our subconscious.

What this forms is a pattern of thought that knows no better than to develop these thoughts, regulate our actions, and create our future.

These thoughts take root, which is the subconscious mind just doing what it’s told.

These patterns begin to formulate and start to shape our conscious thoughts, our real life actions, which begins the cycle of material creation.

Caution that this can work in a positive way as it can negatively.

This cycle of negative or positive thought patterns, known as behavior, will condition our responses in life, while affecting the physical and spiritual world we live in.

The Power Of Thought

We’ve all been woken up by an alarm clock playing a popular song first thing in the morning, and we can’t shake that tune out of our mind the rest of the day.

The reason for this, is because we’re most susceptible to external influences when we’re extremely relaxed.

This relaxed period can be once we get up in the morning, when we’re ready to go to bed, or when we’re bored and daydream during the day.

This is how things manifest inside us.

Outside stimuli that’s repeatedly presented to us, will enter our mind through any of our five senses, and will eventually leak into the subconscious mind without we ever realizing.

It’s the persistent repetition of a relaxed mind, that was enough to plant that song into your head, even if you don’t particularly like the tune.

The lyrics at times can even have the ability to influence your mood and behavior, having an affect on your attitude.

What listening to music has is great impact on our thinking patterns.

Television, movies, and the Internet if they’re presented properly in your mind with intent, can also have subconscious impact.

The Violation Of Suggestion

It’s known that the choice of influence cults use is music, sound, and visual stimuli as conduits for their messages.

What this has is the potential to brainwash the listeners using chants, scriptures, and creeds, by using hypnotic techniques.

Relaxation techniques such as meditation are taught, as the soothing sounds are accompanied with a calming voice, speaking in a relaxed influencing manner.

This state is hypnotic, as the listener is unaware of its mind altering influence.

They’re designed to create certain brain wave patterns, which allows for the easy absorption of the intended message.

They produce an ideal state for the mind, to absorb whatever is presented to them.

The Influence Of Sound

Throughout history, especially during war, when men were asked to place their lives at risk, similar techniques were used to motivate the soldiers to battle.

This method is the choice of religions to brainwash their disciples.

So you may be wondering how the sound of music such as a battle horn could motivate an entire army.

Or how a sane mind could allow themselves to become brain washed by a fanatic leader, falling to the mercy of a cult.

The reason is because these influencing techniques work.

The one that you’re exposed to daily, that flies under the radar, is when you’re shopping at a department store, where you’ll buy something you didn’t really want.

You get home and wonder why the heck did I buy that, and may even return it back to the store later.

TV and the Internet are potent for this.

Do It Yourself Instructions

So you’re thinking if someone can “brainwash” me to buy a product, or do something which defeats my will such as falling victim to a religious leader, then why can’t I place myself in the same hypnotic state.

Then I should be able to get anything I want in life.

If you’re not wondering this, then you should be.

Since you’re constantly being bombarded with hypnotic and subliminal suggestions anyways, why not just do it yourself, other than allowing others to.

Its been proven that you can self-influence yourself into getting anything you want.

That you can get rich, gain confidence, find that ideal love, reach any goal.

Just Believe You Can

By using the various methods of creating a state of trance, this by using deep relaxation techniques, you can condition yourself into believing anything you want.

This state of influence works the best by first becoming extremely relaxed in body and mind, while being completely alert.

That’s when the brain displays alpha waves, which becomes receptors.

It’s while in this alpha state of mind that you can directly access, and communicate with the subconscious mind.

In this state, what you’ve bypassed are any internal negative obstacles.

The subconscious mind will then accept any suggestion without reserve or judgement.

The key difference between this self-directed technique and the methods used by TV or cults, is your subconscious mind is influenced by their terms or messages.

When doing it yourself, you’re in complete control, dictating what you want to program.

4 Steps How To Make Money From Home On Your Computer