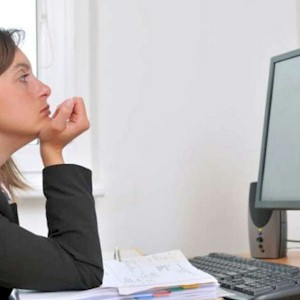 Yes, there was a time when there was life before this phenom known as Social Media ever existed. Back then, if you ever needed to reach out to someone for one reason or another, there were just a few reliable methods to do so, this by either telephone, meeting them in person, email or writing them.

There was also a lot of work involved as you first needed to locate their phone number, or mine their email or business address. Now you can just simply reach out and find anyone who’s someone on Facebook, Twitter, LinkedIn, or Google+.

If you’re looking for some type of a favorable response, however, then you need to follow certain etiquette based on new social media protocol. While online, you can now easily: Like, tweet, friend, message, or post yourself into anyone’s life to get their attention or your message across. This is available for anyone since it’s free and easy to do, and convenient.

As a result, everyone’s now doing social media for whatever reason or cause, and because of its popularity, the competition is fierce when attempting to get someone’s attention.

What you’re required to do is stand out from the crowd, to somehow differentiate yourself from everyone else doing the same. You need to get yourself noticed by being unique. As a result, generating some type of a response has now become incredibly difficult, but not entirely impossible to do if done right.

Getting Someone’s Attention On Social Media
• Make It As Personal As Possible – People will usually respond to whatever interests them, and the majority are interested in themselves, they’re always looking out for number “one.”

If they don’t know you personally, then they don’t care about you, or your stale introduction, you won’t get their attention. So it’s important to have an extremely good reason why you’re reaching out to them, and you have to explain it immediately and concisely.

You need to make an immediate connection, you need to instantly hook to their usually short attention span, and bond a familiarity which you may have with each other. You need to find a common ground on what it is that connects you, all this before they can blink.

• Be As Concise As Possible – Anyone who’s someone is pressed for time these days, or suddenly will be, as time is usually their most valuable asset and enemy. So make your message as precise as possible by getting directly to the point, which is “What you can do for them.”

Don’t ever waste words telling them what they already know, such has how valuable their time is. Respect them by getting directly to your point.

• Be Logical While Making Sense – There are those who will contact you on a daily basis, and they don’t make any sense to you whatsoever. You have no idea what they want or are talking about. You have no clue what they’re asking for. Don’t be that person.

To you, they’re either completely off base or may even be inappropriate, making themselves an instant candidate for the delete or ignore list.

• Give Them A Reason To Listen To You – You yourself will most likely get a lot of requests from others who you don’t know. They’ll spend their time rambling about who they are, what they represent, or what’s in it for them.

But you don’t care either. What you want to know is what’s in it for you, how can they help you reach your goals. They need to convey that message within the first few moments, or don’t bother trying.

• Be As Unique As You Can – If you happen to receive a generic email with a heading such as, “We’re always looking to help people like you,” you most likely won’t give it a read or a response.

So if you’re wanting to grab someone’s attention by using these tactics on social media, don’t expect a response back either. The first few seconds of your introduction needs to be life altering to them, just to catch their attention.

• Relate To Them Somehow – Find something that you both have in common. Do so by hitting a nerve on a personal basis. Do so by always being as professional as possible.

This by replying to all the emails which are important to you as promptly as possible, and never be smug or standoffish about it. Always use proper language, check your grammar and your spelling.

In this international world that we live in, make sure that you come across clear as a bell when crossing barriers and boundaries. People are usually wanting to network with others who they can relate to and connect with one way or another.

• Asking For Their Help – It’s basic human nature that people will generally want to help others in need. That’s why all of these pleas for help when in times of despair are so popular.

Once you understand this basic human emotion, you can generally get attention if you ask for some type of “help” in a way that will somehow get their attention, while instantly relating to them.

To do this, become as specific and personable as possible, hitting their emotional “hot” button. Learn the tenancies of your target market by figuring out what makes them tick, and then hit them where they’re the most vulnerable.

Can You Actually Create Your Own Luck Some Think You Can