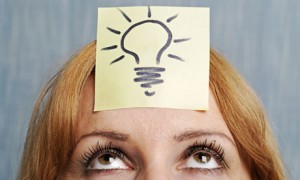 One of the worst times that you can ask for a raise is when your boss is having a bad day, and thus in a horrible mood. You should of known better, you should of used your keen sense of intuition. It becomes too easy to misinterpret these cues that people throw your way regarding their emotions. So wouldn’t it be easier to just read their minds?

Research from those who study the complexities of the brain claim that some do indeed have the ability to read minds. But caution they warn, as there’s nothing that’s concretely scientific that’ll give you complete access to the thoughts of someone else. There are ways however on how you can improve the ability to anticipate what someone else is thinking a lot easier. Sounds tempting.

There was a recent study that revealed reading minds may be acutely improved with a dosage of oxytocin. Oxytocin, which is a natural brain chemical that’s produced by the body, is also known as the “love hormone.” It’s key role is to activate the brain in developing friendship, trust and bonding.

Your ability to be able to read others emotional cues by just looking into their eyes boosts the oxytocin levels in your system. This may also offer insight into certain disorders which are characterized by deficits in lower levels of oxytocin, and empathy.

A Test On Reading Minds
Researchers recently conducted a study on a group of individuals and their ability to read others minds. They were tested on how well they could interpret and then properly infer the mental state of someone else. This was performed on two groups. The first was given a dosage of oxytocin, while the other was given a placebo.

The attempt to read minds was tested using what’s known as the “Reading The Mind Eyes Test,” where the subjects were asked to looked at a series of pictures, and to look directly at the person’s eyes in the image. They were then asked to guess what kind of emotion that they thought the eyes reflected.

Both of the two subject groups were tested twice, a week apart. One half of the test group were given a real dosage of oxytocin on their first test, and then a placebo a week later. The other half began by taking the placebo the first week, and oxytocin the following week. The subjects did not know if they were taking the oxytocin or the placebo.

The conclusion was that the ones who correctly identified the mood which was conveyed in the eyes of the images was from the group who took the oxytocin over the placebo subjects. This regardless of which one they took first.

Knowing And Calling The Bluff
What this study may of revealed was how we’re able to manipulate our ability to read minds. By taking the oxytocin hormone, we’re able to suddenly become a lot more adept at accurately picking up signals from others who are around us, alerting us and then picking up cues on their state of mind.

So imagine if you can use this ability the next time you play your Wednesday night poker game for instance. If you regularly lose, you can now perhaps begin cashing in, or at least you can attempt a good bluff.

All of the little subtle clues that you may of missed before, that glance downwards, the slight wince, that wink or sniffle, may now arouse your attention a lot more, much similar to a “silent whisper” that tells you what that person may be experiencing. Also, once you begin to consistently know what others are feeling, you can then accurately react to it, and not haphazardly like in the past.

Having the ability to somehow infer the internal mood or state of another person, and then being able to immediately adapt and then react using one’s behavior instinct is a key to all human social interactions.

We all have this innate ability to be able to read, sense and then understand what someone else is thinking, what their emotional state is by just observing their expressions, words or actions. This can be potentially enhanced when our hormone levels are raised, which may be able to increase or alter that ability.

So How Would Mind Reading Work
Although it wasn’t revealed or even tested how oxytocin actually affects the brain, there are several theories about which factors might be in play. The theory is that the regions of the brain which are used to recall memory when it comes to social situations may be activated.

This includes the ability to retrieve certain memories or passages of speech of someone else’ mental state, and then matching the associated facial expression that they display. The primary oxytocin receptor that’s in the brain, and more specifically the hippocampus, is one of the brain’s primary locations for storing this type of memory.

While there isn’t any long term studies that looks into how oxytocin can actually affect “real life” social interaction, there is extreme interest in how it would be able to do so. But the “Reading the Mind Eyes Test” has proven that anyone with average ability can actually improve their performance in knowing what someone else may be thinking.

Steps For Locking And Securing Your Smartphone Device