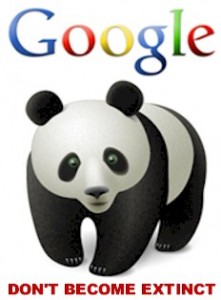 For online marketers and offline retailers, as well as everyone else who has a presence on the Internet, their biggest challenge is solving the ongoing riddle of boosting their online presence on the natural search engine pages, specifically on Google.

The relationship that exists between a site owner who has original content which is updated regularly while being extremely relevant, thus having a popular site, will usually gain higher search rankings for their product, brand or target keyword. The effort to have their website rank as high as possible in the natural search engines is the genesis of having a web presence which generates free organic traffic.

Google Spins Again
What may be difficult to keep track of however is how Google and their latest and greatest major algorithm spins directly affects your site. The mysterious search engine alterations which they routinely carry out, affects the entire natural search engine listings. What Google hopes to achieve is to force everyone who has a Web presence to alter their sites to offer better unique and relevant content on their websites.

Online marketers of all degree’s are required to constantly tweak their content and more often than ever before. They’re also encouraged to provide natural and relevant in-bound links pointing back to their sites, which signals the quality and importance of that particular web page.

After these Google updates, Web publishers who has relatively little or no original content on their sites are suddenly scrambling for traction, while other online marketers who utilizes writers who are constantly providing useful “how-to” type of articles, product demonstration pages, or online videos are constantly getting top ranked search engine results.

Not even the most swift and agile of the online SEO experts are able to sit around and hope that Google decides to smile favorably upon them, not with all the updates which are continuously being performed. One of the latest Google updates, dubbed “Panda,” promised to de-rank anywhere up to 15% percent of all search results, this according to Google themselves.

Google Improving Their Crawl Space
Google is reinventing and getting a lot more astute on how they’re deciding to crawl web pages, and then updating the rankings. This according to the various web marketing specialists who are actively involved in the the science of improving website presence in the natural search rankings, often referred to as SEO.

Google is also becoming extremely precise, making it extremely difficult for these SEO experts to keep up, as Google is becoming a lot more savvy in the process. Google is becoming a constant moving target in attempts to track their ever changing ranking methodology. So the biggest message for online marketers is that they need to rethink all of their web pages which are not updated regularly or ranked high.

Then Came The Panda
What became known as the “The Fresh” update was actually foreshadowed by yet an earlier Google algorithm spin which was known as Panda. After the Panda update, Google estimated that it potentially affected anywhere up to 15% of the natural search rankings.

The Panda update was implemented so it would penalize the sites which Google deemed as low-quality, which especially focused on webpages where the content was directly copied from authority sites. The hardest hit were some of the larger retail based sites who relied strictly on using the same exact product description which was provided by the manufacturer. The very same exact “word-for-word” description which every other e-retailer used on their pages as well. Google also downgraded or swept out all of the sites and pages which they thought had little or completely useless value.

Google as always is vague when it comes to how they exactly determine which of the sites are highly regarded in their view. A few of the SEO specialists will tell you that an e-commerce site will likely be downgraded in the rankings if it doesn’t attract any natural links from reputable sites, without having to pay for them.

Purchasing Backlinks
It’s thought that purchasing backlinks is actually worse than having no links at all pointing back to a site. This especially if they happen to get caught by Google. It’s well known that two of the largest e-commerce retailers on the Internet, J.C Penny along with Overstock.com were both penalized by Google for soliciting paid links.

Overstock revealed that the downgrade which they received by Google in the natural search rankings actually cost them around 5% of pure revenue for several weeks after the penalty was placed.

The majority of retailers reported just a minor impact from the now famous Panda update. Online retailers from a variety of other industry sectors also reported that their actual search engine rankings were minimally affected.

There were some however who reported that their natural traffic actually took a nose dive, some up to two-thirds of their traffic being directly affected. These are the sites who directly placed the unedited product descriptions which were supplied by the manufacturer on their site instead of rewriting them or using original content.

Producing Original Content
There are examples of online retailers who are wanting to improve their natural rankings, deciding to hire professional copywriters to write new and original product content, as well as focusing on specific buyer keywords which their consumers actually use to find their particular product.

They also tweaked the content rich pages which causes their site to load slow, which is also an important factor when it comes to higher natural placement in Google’s organic search rankings.

A Fresh Start
All the same factors apply for the online marketers who are designing search engine optimization sites after the “Fresh” update. Marketers are now required to do even more than they ever did to protecting themselves from losing rank in the search engines.

Google claims that the “Fresh” update is targeted towards helping shoppers to find all of the latest product information quickly and accurately, which points towards making yet more content improvements for e-commerce based sites.

For instance, these improvements include providing a steady flowing stream of new and genuine user based reviews directly on the product pages. Merchants should also be rethinking and revising their product descriptions as well as making sure that these reviews and ratings are genuine as well as being favorable.

It’s advised that online merchants should continually update their content, beginning with their best-selling or most popular products, as well as the pages which are already ranking high in the search results.

They should also be requesting, promoting or adding user based reviews and feedback to all of their existing content while rotating in new comments on a regular basis.

Know The Differences Between The Good Fats And The Bad Fats