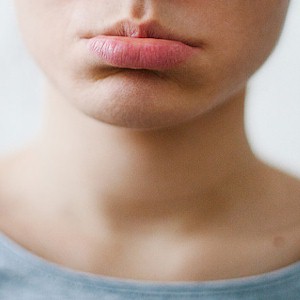 There are poor habits that we adopt and then feel in the dumps. What can result is we falling in a dark hole of despair and then feel blue. What this results in is low energy, while the rate of productivity slows down to a halt, exaggerating the feeling of misery.

As the energy level begins to plummet, it becomes more difficult to see the light at the end of the tunnel. This can result in a more daunting task to pull out of, this especially if there’s no awareness on how certain actions, can stagnant or influence energy levels.

The first instinct is to slow down or lay down, sit and rest, be quiet. What these actions are doing however is actually compounding and contributing to the lag in energy, causing the feeling of being more tired and unproductive.

To Pump You Up
Fortunately, there are steps one can take once this cramping of the brain begins. If you find yourself feeling this way far too often, there are therapeutic measures to take.

Once the energy levels begin to dip, what’s recommended are certain proactive steps to feel better. So just choose something that feels most comfortable to you.

Slow But Steady
The reason to begin slowly is because all energy moves on the principle of inertia. The slower that the energy is, the more difficult it becomes to make it accelerate forward.

The faster that the energy is moving, the more difficult it becomes to slow it down as momentum rules. So the goal becomes to build it up gradually, this similar to a locomotive or the first few pedals of a bike.

There are also several ways to accelerate this momentum of energy. Whenever you’re feeling a little low, then begin slow, gradually speeding up the pace. Once your energy generates, then each task becomes easier to do.

Go Outside Get Sunshine And Fresh Air
There’s a reason why most flock to the warmer climates where there’s a great deal of natural sunshine and heat, where there’s no effort needed to enjoy the great outdoors.

The benefits of sunshine along with fresh air are naturally stimulating, but for many, once they feel in the dumps or low on energy, what the temptation is to remain indoors, depriving themselves of these natural energy boosters.

Becoming Up Tempo And Upbeat
The easiest is listening to some up tempo music, so crank up the volume at home or put on your headphones at work, and bop to some high energy tunes to lift your spirits.

Once someone’s not feeling that energetic however, the awareness of listening to their favorite music isn’t there. So keep in mind that the therapy of music can transform your mindset.

Do Something Physical
It could be as simple as a brisk walk around the block. What’s known is that body movement becomes critical, that exercising is extremely helpful to elevate mood.

Make Sure You Look Good
What most won’t bother doing is pay attention to their personal appearance and grooming, this whenever they’re feeling a bit depressed, when in a low energetic state of mind.

So even if you have to force yourself, get up and about, get yourself together by grooming yourself. Once you look better, you’ll then begin to feel better.

What better grooming also prompts is getting tempted to go outdoors to face the world, this when feeling down. Most don’t want to be seen looking their worst, so looking better encourages going out less daunting.

Clean Up Around You
Just slowly tidy up your surroundings. What’s not required is a major house cleaning, but just straighten up some of the immediate clutter.

Doing so is guaranteed to make you feel better, this by actively cleaning up a small messy area of annoying chaos in your home or office.

The more things there are to clean up, the better off you’ll feel. So if your immediate surroundings are a tad untidy, push yourself hard to get down and tackle the task.

Eat And Live More Healthy
Whenever you eat, make sure that it’s something healthy and wholesome. Make it an effort to eat as pure, organic, and close to mother nature as possible.

Consume natural foods that are nutritious and energy rich, such as blueberries, spinach, salmon, or any other high energy food. So instead of snacking on potato chips or cookies which is the temptation, eat carrot sticks or yogurt instead.

When Feeling Blue
Low energy can strike anyone at anytime, and once feeling down, it will reduce the rate of productivity. This slows down momentum, making it more difficult to generate higher vibration.

The goal is to gradually generate traction and then repeat the process. Eventually, what occurs is that the energy will begin to regenerate, making you feel like your dynamic self.

After some initial effort, the things on your “to-do” list will then become less threatening. You’ll begin the day with a spring in your step, eager to tackle any challenge.

Keep in mind that what it takes are baby steps. Begin by completing small tasks, one at a time, progressing forward towards the next one.

This feeling of accomplishment then contributes to your overall energy, which should help in getting you out of that funk, making you look forward to the day.

Keep in mind that these solutions are for those temporary moments of moodiness which afflicts many, while it’s realized that some may have deeper more psychological issues that may be underlying.

The Profile Of A Narcissist Those Who Are Living Among Us