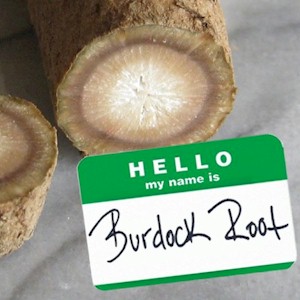 What the upcoming warmer weather invites is a sense of coming out of hibernation and slumber, as you find yourself clear out the cobwebs of inactivity, getting a fresh start on the season of more sun.

The colder months invite cuddling up, getting less sunshine or fresh air, leading to less exercise and eating more. So what the tendency once Spring rolls around is to remove all of the stale layers off the body.

This is the reason why most will decide to detoxify their body. The long difficult climate such as found in the Northern Hemisphere leaves you feeling tired and lethargic, and wanting a cleanse at every level. As the world itself begins renew itself, your body deserves new replenishment as well.

The Detoxification process doesn’t need to be a sudden weekend fast of consuming liquids, leaving you dehydrated. A proper spring detox program should pump up your immune system, increase your energy and vitality, and set the course for healthier habits.

Your Body = Garbage In Garbage Out
Detox is a flushing out process which is perfectly natural and appreciated by the body. This although it already has it’s own detoxification process which is designed to clear out all the impurities.

It’s actually an extremely well organized sanitation program which functions in the body at all times.

The built-in detox system includes purifying the skin, respiratory, urinary, lymphatic, and the gastrointestinal tract. They all work in tandem to eliminate, while neutralizing any and all of the potentially harmful substances which enters the body.

These can include harmful food additives, pesticides, airborne allergies, and whatever is in the body, such as metabolic waste and free radicals.

The natural hydrochloric acid which is found resident in the stomach will kill off all bacteria, the colon readies wastage for the expulsion process, and the skin will remove toxins by sweating.

All of the vessels which makes up the lymphatic system work like garbage trucks, which shuffles out unwanted fats, fluids, and wastage throughout the body.

It then channels this directly to your liver, which will constantly filter out the grime while purifying the blood. The liver dictates which substances that the body needs, and which ones to eliminate by flushing them out.

Going even deeper, this purification process begins at the cellular level. Glutathione is the active molecule which is made up of amino acids, which is similar to putting our unwanted garbage in the trash bin. What glutathione does is it binds with all of the harmful wastes, and then tags them for removal from the cell.

The availability and levels of glutathione will self adjust itself according to how much toxins are found in the cells.

Then Comes The Overload
There are limits to what the body can do. With all of the unneeded herbicides and pesticides, the heavy metals and toxins, glutathione is able to get rid of most of them, but not all of them.

As we continue to do more damage by overloading our bodies with unwanted substances, these natural detoxifiers need to work overtime. The glutathione as a result gets used up quicker than we’re able to replace. If too many of these harmful agents begin to accumulate, the body then becomes unable to expunge them all.

For instance, the mercury which accumulates in your liver can’t be completely eliminated, which then ends up in your hair, resulting in potential hair loss.

This then places too much burden on the body, which results in issues such as constant headaches, chronic fatigue, lower back pain, which eventually develops into disease.

So what our bodies need is help to get it purged, to be flushed out. Our bodies just can’t keep up with the extraction of nutrients, and the ridding of what we don’t need. We need to somehow restore it, reset our normal bodily functions.

Natural Herbs Which Cleanses The Body
To naturally cleanse out the body, the detox program should be able to gently support all of the organs as well as the bodily systems which will neutralize or eliminate the toxins as naturally as possible. The following are known to do so:

• Licorice – What licorice does is it supports the liver, the immune and the adrenals. It acts as a gentle laxative as well. Make a tea or take tincture drops for best results. Note that natural licorice may not always be appropriate for those who may have high blood pressure, so always consult with your doctor.

• Schisandra – Which is a Chinese tonic herb, offers a variety of functions. It works as an antioxidant, protects the liver, inflammation, and corrects other bodily functions. You can either consume these berries directly, drink as a tea, or take drops of tincture. It’s also not recommended for those who may experience high blood pressure.

• Dandelion – What this does is it stimulates the major organs such as the kidneys, the gallbladder, and the liver, while increasing the production of bile. The more bitter that it is, the better for you, this especially when it comes to increasing the liver to function better. Best harvested fresh or as a tea.

• Milk Thistle – Which has been used for centuries as a liver cleanser is known for increasing the levels of glutathione, the much needed amino-acid which plays a major role in toxin removal. Take a couple teaspoons of the ground up seeds 2 times a day, drink as a tea, or take as a tincture or in capsule form.

• Burdock – A root which has been traditionally used as a cleansing herb in the Far East, has now been proven by modern research backing up its many claims. It helps in protecting the liver as well as flushing out toxins which can lead towards skin eruptions such as acne. You can cook the root, or take drops of tincture for best results.

Natural Foods Recommended For Detoxification
There are everyday foods which contributes to the healing process while having the ability to detox, and they can be consumed in abundance on a daily basis:

• Artichokes – An excellent source of antioxidants while being beneficial for the liver. Artichokes are not only able to cleanse this organ, but it also helps in converting the inactive T4 thyroid hormone into active T3, which helps in increasing metabolism as well as weight loss.

• Lemons – Are excellent since they contain antioxidants, purifying substances, and are antiseptic. Once lemons are ingested, their direct alkaline effect helps in countering excess acid for better pH balance. They’re also extremely high in natural vitamin-C which boosts the immune system.

• Cranberries – They’re able to kill off bacteria on contact in the urinary tract, while also containing digestive enzymes which cleanses out the lymphatic system. You can extract pure unsweetened cranberries yourself at home from your juicer, or purchase from the health food store.

• Apples And Grapes – Both are extremely high in fiber which cleanses the colon. The pectin which is found in apples will help in detoxifying the stomach, while the phyto-nutrients which are found in the grapes support the immune system, addressing the toxins in the body. For best results, both should be as organic as possible.

• Leafy Greens – The most recommended include: spinach, kale, chard, chickweed, dandelions, and salad leaves, being the most rich in nutrients. What they do is help in purifying the GI tract. Purchase as organic as possible, the greens being free of pesticides and the soil untreated, free from chemicals.

Take The Survey Do You Possess The Traits Of A Leader