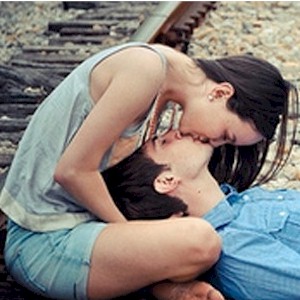 Long term sustainable relationships have a foundation based on love, honesty, and trust. Although honesty is important in any relationship, it can also be painful. There are some things that just can’t be said because of the damage it may cause, forcing your partner to change their opinion of you.

Especially if there’s love, then there are certain truths that can directly alter the relationship, so they should be kept in silence. Most often, you can display your love by just keeping your mouth shut, to avoid the damage.

What is perhaps foremost is that you never criticize them when they’re trying their best to do something, as that’s one of the worst things that you can do. If it appears that they’re putting in the genuine effort, commend them and not criticize.

Otherwise, they would feel extremely disappointed that you don’t recognize or appreciate them when they want to accomplish something, this by doing their best. Support them instead, they just might succeed.

Never Tell Them What Your Mom Or Dad Would Of Done
Moms and dads to anyone plays a major role model, parents remain the models of life, although all family dynamics and relationships are different. We’ve all been raised differently.

Everyone is brought up to do certain things in a certain way, so never tell your new relationship to do things how your mom or dad would of done. What they have is their own views and opinions.

All you need to tell them are the stories about how you grew up, were raised, how things were done in your family. You should adapt without comparing everything that they do to what your parents did.

If Your Family Doesn’t Like Them
You sense your family doesn’t like him or her much, it’s better to not tell them since they’ll just get upset or feel insecure. Doing so is guaranteed to create problems in the future, and there will be tension between you, them, and your family.

All that you can do is just tell your family that they may be the one, and that you want them to respect your decision. Ask them to reconsider how they feel.

Do These Pants Make My Butt Look Fat
Well duh, never say yes, even if it’s true. Never say “Honey, your butt makes your butt look fat.” She’s confiding in you and you’ll just make her feel worse, and that you don’t like her as much anymore.

How would she feel if you said to her, “You could stand to lose a bit of weight.” Let her decide on her own if she needs to lose weight, this since it’s her decision without you hurting her. A guy tells his date that she’s gotten fat, that’s a guaranteed dump.

Never Compare Them To Your Ex
Never ever “compare” when you date or when you do the same things you’ve previously done with your ex. It might happen once you go to the same restaurant or event, but never bring it up. It’s an extremely hurtful thing since you’re still thinking of your ex, and that they’re not living up to it.

The worse is comparing them to your ex in bed. They’ll be devastated that the other was better. No one likes to be compared in any way to someone else, this in any aspect.

Honey, I’d Rather Watch The Football Game
Even if it’s the conference finals and you know she hates the game. Never tell her to leave you alone because you’re busy, you don’t have time for her, as you and your buds are getting together.

Doing so randomly is fine, but never make it a habit every Sunday. It’s better to acknowledge, smile, and then just listen to what she wants to do.

Never Tell Them To Relax When They’re Upset
When she’s upset or scared, the worst thing you can do is to tell her to relax. This will just make her, them, angrier, one reason being that they think you’re not taking them seriously enough.

If you happen to upset them by making a mistake, and if you tell them to relax, that they’re overreacting, what they’ll realize is that you’re just denying there’s a reason for them to get upset.

Never Show Your Insecurities
What women are usually looking for in a relationship is their knight in shining armor. They want to date someone who’s strong and confident, a strong shoulder that they can rest their head on.

So if you’re insecure, the jealous type because she makes more money than you, then keep all this to yourself. Just support and compliment her. She doesn’t need to know, and she doesn’t want a sponge.

Never Declare Your Love During A Fight
The words “I Love You” means a lot, so it should be used at only the appropriate times. What most will do however is say these words as part of their arsenal during an argument, which is the worst moment.

When you’ve made a mistake, feel guilty, you want their forgiveness, never use the “I Love You” card. They won’t believe it since if you really loved them, then you wouldn’t upset them the way you did.

Never Tell Him/Her You Like Their Friend
Maybe she or he is smoking hot and smart, and you just hoped that you met them first, but your current partner should never know or find out. If you say that her friends pretty, she may get jealous or upset, and may not trust you around her other friends.

So keep it a secret and make sure not to be obvious. If you’re wanting that long term relationship, watch what you say and do. Never be completely honest about the things that shouldn’t be heard.