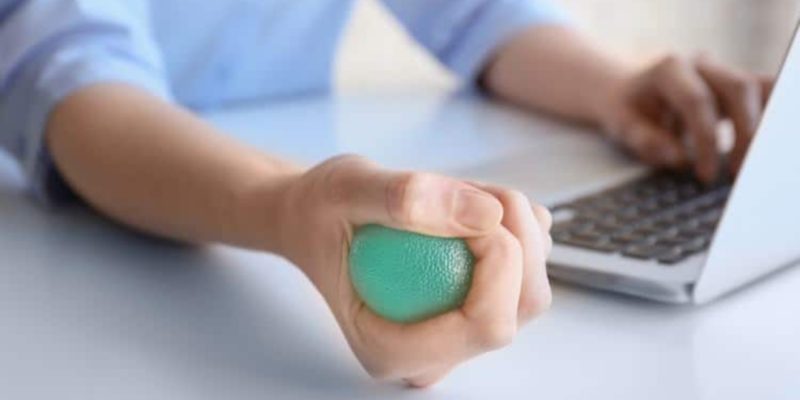 Our stress level is a built in meter, a gauge much like the indicator on your car telling you it’s overheating. A warning signal that pressure is building, starting to boil over. This could be a deadline at work, something that’s out of your control like road rage, or that high credit card bill.

Stress originates in the brain and then signals the nerves in the body, to ready itself for the classic “fight-or-flight” response.

What then results is sweating of the brow, as the heart begins to pound and the blood pressure rises.

The breathing becomes shallow and rapid, as the muscles in the body begin to tense. This is a natural chain reaction to stress.

This stress response, is instinctive and quick to elevate.

So what’s needed, is using mindful stress relieving techniques. Once stress does begin to rise, it can get out of control and it becomes difficult to calm yourself down.

What’s clinically proven however, is there are ways to reduce this stress response once it kicks in.

This by interfering with a series of brain networks, which can calm things down at its source.

1.) – Pinpoint When The Stress Begins

If there’s any type of stress, what the amygdala does is takes over the brain. This to prepare it for the fight-or-flight response.

This is a primitive “auto-pilot” impulse, when our ancestors were faced with real life or death situations, such as fighting a sabre tooth tiger.

What then happens, is the breathing becomes rapid, as the body begins to clam up.

This response is an instantaneous instinctive reaction, that’s caused by the brain chemicals adrenaline and cortisol, shooting through the veins.

So the key, becomes knowing and practicing by monitoring the exact initial signs of the stress response.

This includes the shoulders begin to tense up, and realizing this before the brain becomes hijacked.

What mindfully controlled slow rhythmic breathing does is it activates the vagus nerve, which travels through the body.

This response links the brain to all the major organs such as the heart, lungs, and gut.

What the vagus nerve does, is it slows down the activated fight-or-flight response. It reverses the body back to its previous relaxed state, which is known as “rest and digest.”

The way to activate this, is by performing the 5-2-6 breathing technique, once stress occurs:

Verbally describe out loud or in your mind, 3 things you can immediately see or imagine in front of you. Describe its size, color, shape, and texture.

This can be done wherever you are, indoors or outdoors.

What doing so does is it mindfully snaps your attention back to the present moment.

What it does, is eliminates the worry and fear that’s associated with what may happen in the immediate future.

Describing what you mindfully see, does is disengages the setting in the brain, which gets activated once you begin to feel stress.

What it does, is it distracts the brain, allowing it to ruminate.

Look at pictures of nature, such as a calm serene forest with a creek running through it, or an image of your pets or farm animals.

What doing so does is it helps the brain and the heart recover quicker, once experiencing stress.

This is based on a study of University students, who were all stressed out because of an extremely difficult exam.

They were told immediately after the exam, they all performed poorly.

What the researchers then did, was divided the participants into two separate groups.

The first group was shown images of a forest with a stream, this in a park like setting.

The second group was shown a busy hectic urban scene with congested chaotic traffic, where a crowd of people were shoving and pushing.

Those who were exposed to the serene image, had a quicker cardiovascular recovery, which resulted in lower blood pressure and heart rate.

Those who were shown the image of the congested city street, all reacted slower.

So the key is once you begin to feel stress, intercept the response by viewing a serene image on your computer. Look outdoors provided there’s a peaceful forest like setting.

5.) – Channel The Stress Into Excitement

Instead of attempting to control the raging impulse that is stress, and trying to calm it down. Attempt to harness the built up energy and the various stress chemicals.

Then funnel that energy towards helping you stay focused, motivated, or remaining to work harder.

Think about the passion you have for the task at hand, or the ideas you’re attempting to convey, this without becoming overwhelmed or flustered.

The key becomes to reinterpreting the stress or the feeling of anxiety, by channeling it as excitement and a challenge.

This could be when needing to make a speech, for instance.

Begin by generating positive feelings about communicating well, getting your point across with humor, rather than attempting to calm the nerves down.

What standing erect and upright does, is naturally makes you feel more confident.

Physiologically, what it does is decreases the levels of stress hormones in the body.

Those constantly slouching forward while performing some type of high-pressure task, are known to have more negative based feelings. More so than those sitting or standing upright.

What studies show, is standing in an upright posture does is increases testosterone. Doing so simultaneously decreases levels of the stress hormone cortisol.

What this combination does, is it forces you to feel less anxious, while being more assertive and confident.

What clenching your right hand does, is it activates motion in the left side of the brain, which is known to be more verbal and logical thinking.

The right side of the brain, is more emotional and executive.

So once beginning to feel stress, fear or anxiety, which are all right brain functions, what activating your left brain by clenching the right fist does, is forces you to calm down.

The Exact Moment What You Know Becomes Your Reality