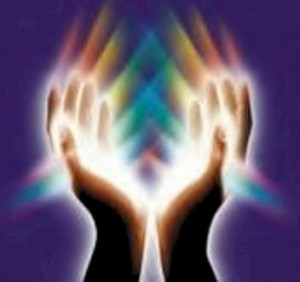 When we think of wireless, we immediately think of the latest mobile electronic devices on the market. What they do is allow us to plug in and stay connected wherever we are. This gives us instant access to all types of information as well as interacting with others a lot more efficiently.

But what most don’t know or realize is that there’s also a similar invisible connectivity which is present within our bodies, along with the healing process which is known as Energy Medicine. There is a wireless invisible energy matrix where there’s an electronic circuit that flows within and around our bodies.

This unseen energy field plays a vital role as it impacts us whenever it concerns our health. This field allows us to be able to get up to speed while being aware that it exists. It makes us feel a lot more invigorated, rejuvenated and healthier, much like were giving our body and mind a reboot.

Energy Medicine
So enter what’s known as energy medicine, which is a blend of healing based on touch as well as heightened consciousness. These practitioners will usually define health as a constant and unimpeded energy flow in the body. Illness will occur when these energy flows get blocked.

The components which are associated with caring, compassion and love are important parts of what happens. During these sessions, practitioners will usually touch certain key areas of the body lightly while you’re lying fully clothed on a table.

No one knows or are able to explain exactly how these methods work, but there are surprising amounts of research which supports their effectiveness. Particularly noticeable is their ability to be able to reduce pain as well as anxiety.

Conditions which are associated with the mind and body appears to have the best results. Listed are a few of the most popular techniques which are practiced, and what results you can expect.

Reiki Sessions
During a typical reiki session, the practitioner will lightly touch your head as well as your torso in a predetermined specific order. Reiki however does not aim to treat or diagnose, but what it does is it simply heightens ones ability to be able to self-heal themselves.

A recent well known publication recently had a study which showed that reiki had a positive effect on those who had been suffering from chest pains or muscle damage to the heart.

Reiki is available in public practice by certified practitioners as well as in certain hospitals as a standard adopted method of medical care. When performed, studies have shown that reiki improves lowering blood pressure as well as regulating the heart rate while reducing anxiety and pain.

Therapeutic Healing Touch
Therapeutic touch or (TT) is a creditable program which is supported by a long as well as impressive body of research. TT begins with the practitioners hands hovering directly above the body, but not actually touching it to heal. The therapist will read cues which are given by your body’s energy field.

Based on the exact cues which your body emits, the therapist will then use sweeping hand movements which usually begins from the head and will move slowly across the body and towards the feet. This modulates or directs the energy to be able to smooth out any energetic knots.

What you’re able to do is extend your own personal energy field towards another person, get in sync with them, and then begin picking up what’s not exactly in balance with that individual. Studies have shown that there’s a wide range of benefits, such as increased energy which occurs.

Healing Touch (HT)
Healing touch or (HT), which is similar to Therapeutic Touch, involves light touching on the body as well as around its energy field. The therapist acts as a conduit for the self-healing, similar to how a midwife will guide a mother who’s in labor.

Healing Touch is also on track to becoming the very first energy based medicine program which may eventually receive national accreditation.

Accepted Forms Of Energy Healing
Reiki, Theraputic Touch and Healing Touch are now all widely used in hospitals as well as private practice, as there are measurable effects which includes improved oxygen levels and lowering or stabilizing heart rates. These methods has also been proven to be helpful in decreasing pain as well as anxiety levels and generally improving the quality of life during and after the sessions.

These therapies will also work on a wide range of medical conditions, especially those who may be suffering from psychosomatic elements. They are now used during pre and post operations for speedier recovery.

Polarity Therapy
Polarity therapy is a healing approach which is based on the idea that the currents of electromagnetic energy flows within channels throughout the human body. When these channels begin to flow more efficiently, things will just respond better as well as quicker.

What makes polarity therapy unique is that it always focuses on the greater picture. It will encompass a variety of touches as well as techniques, which includes: certain pressure points, rocking and stretch movements, breathing, emotional counseling and nutritional advice.

So if a patient happens to be suffering from conditions such as mild depression or anxiety, using polarity therapy will work well since it’s basically “talk therapy.”

Cranial Sacral Therapy or CST
Cranial sacral therapy is based on therapy of the cranial sacral rhythm. This is a wavelike pattern of expansion and contraction which will undulate throughout the body.

By using extremely sensitive touch methods, the practitioner will palpate this wave at certain points on the head, the spine and then the tailbone. What it’s looking for are abnormal rhythms which may signal potential injury and will then proceed to remove any impediments to the flow.

While Cranial Sacral Therapy is the most physically oriented technique, it still however relies on the energetic model of health as well as illness. While doing a session, what the body does it it turns off the natural “fight-or-flight” response while accessing its natural ability to be able to restore itself, this according to cranial sacral practitioners.

Using CST can be effective on a lot of conditions, including anxiety, whiplash, sports or impact based injuries, dental problems, headaches, joint disorder and ear infections.

Why The Daily Deals Sites Are Still As Successful As Ever