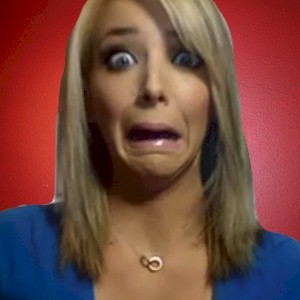 Feeling awkward, it’s happened to all of us at some point in our lives. Most often, there’s nothing that you can do about it, undo, or reverse the situation. You might attempt to just ignore it, hoping that you could turn back time somehow, but it’s always too late.

This awkwardness can persist, you’re a repeat offender of aloofness, or become annoying on occasion once you become flustered. We all have these “whoops” excuse me moments, so it becomes helpful to know how you can resolve the embarrassing situations.

Once something embarrassing does occur socially, what we feel is shame because of our need to belong, to fit in with our peers. This need of affiliation leads us to engage in the attempts to self regulate ourselves to be accepted.

So we constantly look to see what others are thinking or reacting when it comes to our actions. Once we think that others are evaluating us negatively, then our self-esteem takes a nose dive.

Anxious Uncertainty
During these times of awkward social anxiety, such as suddenly dropping or spilling something at the dinner table, or any other mishap that would be considered as awkward, there are solutions.

For instance, when you meet the parents of your latest and greatest flame for the first time, generally, the less that you know what to expect regarding the meet, the more you’ll anticipate it to be awkward.

If things turn out well, the situation wasn’t as bad as you thought, then the awkwardness and the anxiety as a result is never realized.

Awkwardness can also be a perceived transgression. For instance, you happen to say or do something that’s beyond the boundaries of good taste or propriety. You might make a joke about someone that you don’t know that well, then realize that you’ve insulted them.

During the first initial awkward moments, you’re more than likely to feel an intense focus directly on you. You begin to squirm, time comes to a standstill, as in your mind, you’ve suddenly become the target of everyone’s glare. You feel embarrassed, you clench your fists.

Then there are those who enjoy the drama of being the center of attention, particularly if one is narcissistic, this after committing such a social infraction.

Awkwardness Leads To Further Stumble
Once you begin to feel awkward, the chances are good that you’ll behave in ways which becomes yet more embarrassing. Your anxiety may force you to laugh uncontrollably, attempt to be inappropriately funny as your voice begins to waver. You begin to sweat as you look uncomfortable.

During this time, others may begin feeling an empathic awkwardness themselves. They’ll think about what it’s like when an awkward event happened to them, while also thinking that your behavior makes you and them look bad.

For instance, you bring a new friend to a party, and then she spills her drink all over herself. You’ll first be thankful that none of it landed on you, and then begin to feel that everyone else thinks that you’re a klutz as well, this because you’re together.

The first thought is most will want this anxiousness to go away as soon as possible, as it becomes more embarrassing the longer it’s allowed to fester, leaving a bad taste in everyone’s mouth.

On Being Awkward
Once you commit an awkward act, the first instinct is to just ignore it, pretend it never happened, hoping that no one else noticed. The other option is to confront it immediately and directly.

The best comedians have this nailed down to a tee, as they’re masters of launching a grand pratfall, and then recovering and moving on as if nothing ever happened, making the situation even funnier.

It may be funny for a comedian, but when it ever happens to you, you find no humor in it. To avoid the situation, you’ll attempt to somehow distance yourself from the mishap, attempting to leave the scene at first opportunity.

By pretending that something never happened, realize that it won’t go away. You might just decide that since there’s nothing you can do about it, that it’s best to just forget about it, and distance yourself. But for everyone else concerned, the situation hasn’t been resolved.

Confronting The Situation
The best result and a better strategy to resolve any type of awkward moment is by facing it immediately. For the majority of the time, the awkwardness can be relieved by making light of it, making it a joke on yourself.

The joke however needs to be applied directed and solely on you, this since you’re the person who’s committed the act. You won’t be that popular or well liked if you direct the humor to make fun of someone else for their awkward act.

To Justify Yourself
Those around you will feel a lot better regarding the situation, and may even admire you, as everyone knows that mistakes can happen to anyone. What you did was show courage as you owned up to the social transgression.

What you’re not required to be is a standup comedian to know how to inject humor, this to cover anything that’s embarrassing. At times, just by saying “awkward!” is all you need to say.

Since everyone has their moments making blunders, there’s no point in thinking that you’re the only one who makes or experiences them. Instead, prove to others that you’re able to handle the discomfort maturely, and then move on.

What you’ll then do is take the spotlight away from you, while minimizing the damage, as well as altering how others will perceive you, this because of how you handled the situation.

Ways On How Social Media Can Completely Destroy Your Career