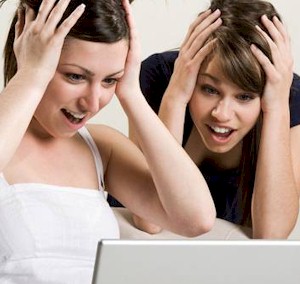 It’s now becoming obvious that engaging your customers using online videos is one of the best methods to reach them. Those stale long winded articles are now replaced by viewing moving action pictures, which provides the path to least resistance.

But you may of heard some myths or misconceptions when it comes to effectively using this medium. You’re unsure on how to properly proceed to be the most effective.

Ever since broadcasting commercials on TV became the ultimate advertising medium decades ago, anyone with a product to promote wanted to use visual images on film to display their goods. The industry of creating short concise stories, known as infomercials, were however too expensive for most.

But paying those once exorbitant prices of broadcasting commercials, which can easily cost millions to produce, distribute, and broadcast on television, are no longer necessary. In the past, these costs kept the smaller companies from getting their message out, that era is thankfully gone because of the Internet.

YouTube is the most prominent, while there are others. Combine this with the lower cost of film equipment such as digital cameras, and with the ease of technology, any company can now create their own infomercials and market them to a massive broad audience.

But most are discovering that just being able to shoot a bit of video on their iPhone, then editing and posting it online, doesn’t exactly translate to targeted customers flocking their site to buy their product.

So listed are some of the most common misconceptions when it comes to effective video production and marketing them.

How Long Should My Online Business Video Be
Concise research has found that exactly 2 minutes and 50 seconds is the precise length of time that the average viewer will stand to watch a video before they click away. This of course depending on the subject matter or because they finished viewing it.

So the majority of marketers will assume that 2:50 minutes is the maximum limit to cater to their viewers attention span. But know that the 2.50 is just the average, and since the majority of videos are usually 1 minute or less, this significantly lowers the average.

It’s been discovered that there’s really no perfect length when it comes to marketing videos, but it’s rather based on the subject material. Also, if the video happens to be produced poorly, lacks creativity or relevance, then 30 seconds can be considered too long.

The most successful marketing videos range anywhere from 3 minutes to 30 minutes, or even longer, this depending on the quality of production, topic, and interest level.

The most successful marketing videos are able to entertain, keeping the viewer engaged and interested until it’s end, this regardless of the length. So inject humor, use visuals such as human or natural beauty, and activate their emotion.

Lead Generation And Video Marketing
Online videos are an extremely powerful tool which can immediately educate a customer quickly and efficiently. Using videos to generate leads is just one method while not necessarily being the most effective.

What video can do is remove confusion or uncertainty about a product or service, while adding credibility to a business. It connects emotionally while developing brand loyalty. Customized videos can help close niche customers.

So just focusing on lead generation may become a missed opportunity for other avenues of attraction. Try documenting the details of your sales process instead, for instance. You can save your viewing customers time or money by being informative without selling them anything.

But It Costs Too Much To Produce Professional Marketing Videos
There really isn’t a correlation between how much a video costs to produce and how effective it is. You can spend thousands to make a slick professional video, which has absolutely no emotional impact on the viewer, and therefore becomes useless.

It’s more about the content and how you display it, going beyond basic sound and lighting. If the viewers complain about the quality of the production, then it’s because you weren’t able to generate any emotion from them. They just didn’t care about your message that you were attempting to convey.

So place your focus on developing a compelling gripping story along with using powerful imagery to connect to the viewer. This can be done by using simple production methods, provided you’re able to discern what you place on the screen.

Can Search Engine SEO Results Improve With Videos
This may of been true when YouTube was initially cranking itself up, but the videos today are completely ubiquitous. The majority of your competitors will most likely already have their own videos on their sites, so posting yours won’t give you that much of a competitive advantage.

If you’re wanting to use video as effectively as possible, then learn to make videos which makes the viewer take action, which can’t be stressed enough. Begin by building a diverse video campaign strategy by creating your own YouTube channel, and then make it interesting as well as relevant to your customer.

How To Make Videos Go Viral
Getting anything to go viral isn’t an easy process, and at times may not even be the answer. Large companies will blow their annual advertising budgets trying to get their videos to go full core viral, and most will have moderate success.

Videos going viral can be a crap-shoot method even if you decide to spend plenty of money to promote them. Even if the video does happen to go viral, and gain a bit of recognition for your company or brand, that doesn’t necessarily mean your money paying audience will even see it.

The majority of viral videos usually go viral because of inappropriate or controversial content, which provides shock value. So unless you can channel that “shock” into the value proposition of your business, a viral video can potentially even damage your image.

But if you’re wanting to increase the chances of people spreading your video around, generating thousands of views, the best way to do so is by using humor or elevating emotion.

Video marketing by itself can’t and shouldn’t stand alone on its own. It should be considered one integral part of your overall marketing strategy. Developing an effective video marketing program will usually take a lot of time and resources to ultimately attract and then drive customers to your door. So it may not be easy, rather hit and miss, but in the long run, it’s well worth the time and effort.

Why Individuals Who Win In Life Always Has The Most Energy