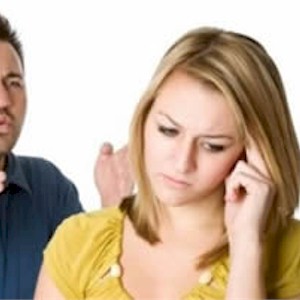 In any relationship, one is always usually more passive than the other, hopefully it’s not too polar. So whatever is suggested on any subject or event, they will usually be okay with it, that they’re fine with the suggestion.

They’ll agree since they don’t want to create a disturbance. To the dominant person, it can feel like they’re dealing with a puppet, they doing all the legwork, that they’re pulling all the strings. When they first met, what was attractive was their charm, how nice they were albeit being a bit quiet.

Then the frustration begins to set in once they realize that they’re making all the decisions, this since the other person is too timid to react. For someone to be passive, it’s a stress coping mechanism for them as they’re scared to decide anything on their own, usually because of the fear of rejection.

They’re fine with allowing others to make the majority of the decisions for them. This personality is usually developed in childhood and then carried forward as adults. Some will also learn this behavior through modeling, “Well, this is how my mom coped with her problems, so I’ll do the same.”

Passivity can also result from coming from a big family of dominant parents or siblings, so they just learned to cooperate and get along. They don’t want attention and they’re okay staying under the radar, causing no ripples.

If they grew up in a chaotic childhood environment where domination ruled, then just obeying made the best sense to them, which also becomes their approach to reducing stress while keeping relationships.

The Dynamic Nuances Of Passivity
• Transitioning Becomes Difficult – One way of dealing in a chaotic environment is attempting to manage control over your life. For instance, you begin planning for the week ahead, but you don’t bother to tell your partner what they are.

If these plans get altered somehow, you become rattled and your passive nature kicks in, while others may become aggressive or angry. You give in, you throw your hands up in disgust and say “Whatever.”

• Seeking Perfectionism – This is another variation of control. You operate on either a “Yes or “No” policy with an all or nothing attitude, while trying to cope with doing what you think is right.

Doing what’s right, however, only works in a perfect world. When things get stressful, it becomes too overbearing for you, so as a result, you’ll surrender and then become passive.

• You Think You’re Not Worthy Enough – This usually based on low self esteem. You think that you’re not smart enough or your opinion doesn’t matter, that others are much more brighter than you.

So you can’t trust your own judgment and just take the advice from those who are bigger or stronger than you. Although you do okay on your own, when it comes to relationships, you begin to feel shaky, intimidated, and become passive.

• Can’t Control Your Emotions – Some will do just fine being assertive, speaking up and saying whatever they want, this when they’re prepared and the stress levels are low.

But once the levels elevates to stronger emotions, such as a difficult overbearing boss or an emotional partner, you just can’t manage the anxiety. This is because of the fear of confrontation, or because of feeling emotionally overwhelmed. So you just passively give in.

Help For Those Who Are Passive

Putting Them In Charge
This involves the rewiring of their brain, the skill development which comes from learning how to become more proactive rather than being reactive. One way of doing so is asking your passive partner to be in charge of an upcoming event.

This could be taking charge of planning a dinner with friends, or an upcoming vacation. Make sure that you give them sufficient notice, tell them they can do whatever they want, that it’s up to them. Don’t become overbearing, ask them in a non-pressured way, rather than it being a command.

Then cooperate without criticizing. Treat this as an experiment in someone becoming more proactive. Initially keep the expectations low.

Talk About The Passivity
If you make all of the decisions, and feel frustrated because of it, then discuss it. Don’t talk about your frustrations about deciding everything, or raging on about their complacence, but why they’re so passive.

If they struggle to speak up and express themselves, and continue to be in total agreement, tell them that you value their opinion, input, and ideas. Talk about how you can both come up with making the decisions.

Supporting Negative Emotions
Passivity usually activates itself as an auto-response mechanism to avoid conflict, along with submerging negative emotions. This can occur once your partner begins to feel irritation, frustration, anger, or disappointment.

So instead, encourage them to express their frustrations while you remain calm, by listening to their outrage. It’s not about the content that they spew, but it’s more about helping them feeling safe once they’ve expressed their feelings.

Seeking Help Together
Don’t constantly bother asking your passive partner to work on strengthening their character, as some won’t bother to improve, and just rely on their behavior. They just want to get along and be liked.

So if needed, seek out counseling, so both of you can feel that you’re on the same page when a problem needs to be solved. Doing so by working together as a team usually solves the problem.

These keys may be simple albeit difficult to do. Understand that it’s not all about you. Make sure that you watch what you say verbally and what you do non-verbally, while avoiding micro-managing. Provide plenty of positive feedback and encouragement.