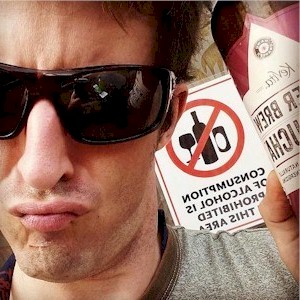 It’s a common occurrence, this since you can pick your friends, but you can’t pick your relatives or coworkers. We’ve all been in situations where someone will make what’s generally an offensive comment, which can be sarcastic, while they trying to be witty.

They express their viewpoint which is insensitive but they may not think so. Someone making a sexist joke, where everyone but they may find offensive or inappropriate. They may express opinions which reflects common prejudices that are just wrong.

To be obnoxious, which are degree’s beyond being annoying, is a judgmental term which has no theoretical basis. What we do instead is label the person and not the behavior.

A person or their behavior to be deemed obnoxious, especially if it’s consciously deliberate or intentional, makes everyone feel uncomfortable. Some who are obnoxious fail too self-regulate, can’t control themselves from blurting out what they’re thinking, regardless of the situation.

To Be Obnoxious
Someone for instance who constantly plays pranks on everyone., it gets old, boring, and no longer funny. They’ll interrupt family gatherings, meetings, or casual conversations, making themselves a buffoon.

Someone who expresses their opinions that are racist or insensitive, that’s derogatory towards a defined group of people, this in a public setting where the affected are present. Even if it’s not targeted to those in the room, some may still find the remarks offensive.

So how do you deal with these individual who expresses their inappropriate opinions, which offends those around them, certain minority groups, or those not present.

Why So Offended
We also distort our perceptions of others because of our own insecurities, which means that others can trigger a reaction within us, which has more to do with us than them. You become upset at a coworker, who makes fun of your photo on your desk.

The humorous remark may of been sarcastic, a tad funny, but it made you feel the same way when your brother constantly taunted you. So before you react, find the root of your annoyance, which is the best way of dealing with the situation.

Measuring The Annoyance
Decide if you should take offense of that person. If the obnoxiousness is more teasing, then realize if this attention is really that bad, or if it connects to some deeper rooted insecurity which you’ve previously held.

Perhaps you’ve always been sensitive about your waistline or how you talk, so you find it offensive when there’s a joke about “plump people,” that everyone else finds hilarious.

Perhaps it wasn’t that appropriate, but if you decide to call that person out, you may be creating unneeded social tension, just embarrassing yourself.

So how do you deal with those who are obnoxious around you, those words or actions that you personally find to be hurtful, or distasteful in nature.

Just Ignore That Person
When it comes to profiling their behavior, some are more than likely to act in a certain way which brings some type of reinforcement to them. So for those who acts rude or annoying, that reinforcement may be that they’re just seeking attention.

Is this person attempting to be provocative just to get a rise or response out of others. If there’s no reaction which follows their action, then the behavior should evaporate on its own.

Unfortunately, it’s difficult to stop these behaviors on those occasions which produces the desired result the person is looking for. So you just need to ignore them, while making a pact with others not to react or laugh, this to discourage further action.

Confront Them Directly
If you feel that some type of corrective action is required or warranted, realize that doing so might be easier said than done. You might encounter anger or rage from the offending individual.

It’s known that such direct confrontation can be effective when attempting to reduce someone’s bias. But for it to be effective, the confrontation needs to be from someone other than the target of the prejudice.

For instance, if you’re a mother, and someone takes a firm stand expressing that working mothers are neglecting their children, and you speak up and point out that isn’t so, all you’re doing is engendering that person’s opinion.

You might alter their attitude slightly, but you might also get the polar reaction. When it comes to these direct confrontations in front of a predisposed person, it needs to be by someone who’s not targeted, perhaps a male in this case, who steps in and intervenes.

Appeal To Their Self-Esteem
It’s found that those who are highly opinionated, are more than likely to change their perspective, once you make them feel better about themselves by feeding their ego.

So put on your junior psychologist hat, and then approach them by asking them “self-affirming” questions about them, this once someone becomes particularly offensive.

Once someone happens to express their point of view which offends, you could challenge them by asking what they think are their greatest accomplishments, this related to what they’ve just said.

To Tame Them Down
Pumping up their self-esteem may help them, in they feeling less threatening, this because someone that they’ve just offended, makes them feel better about themselves, which throws them off guard.

But if that obnoxious person continues to be annoying despite yours or the attempts of others, and refuses to change, tell them that their behavior is more suited for a juvenile, than an adult.

It’s difficult to determine what the best way of handling those who, by virtue of their biases or poor obnoxious behavior, makes them undesirable in your social circle.

However, by applying some thought into your attempted intervention, you can hopefully somehow influence a more harmonious and fulfilling reaction.

The Scientific Guide That Anyone Needs To Become Successful