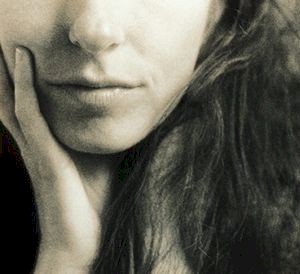 It’s just human nature that some of your closest friends and family will tell you to just move on, this because you’re facing a breakup of a recent relationship.

Experts and everyone else who cares about you will tell you to just put it behind you, and move on with your life. But as you know that’s not an easy thing to do, as remnants of memories will continue to linger on.

What you need to do is recover from the healing process which time can only dictate. Loss and losing always stings as all the thoughts continue to dwell. So that separation without any hope of a resolve can be devastating, as your immediate world appears to be crashing in. So the key is moving on as quickly and logically as possible.

The key is taking back control of your life, pulling back the reins and owning it’s progress once again. The inner programming system that’s used for this, according to social science experts, is referred to as radical acceptance.

The main thesis behind this is that if you continue to remain angry, regretful, and full of anxiety and fear, you’re not able to move forward with your life. But this isn’t saying that you shouldn’t protect yourself, especially if you have kids.

Even though every situation is different, it’s important that you guard your rights as well as your safety. Moving forward involves accepting and then embracing the present as well as the future, and not holding on to the pain which was the past.

Steps To Moving Forward After The Breakup

Self Admittance
You need to admit that you’re not able to control everything that’s external in your life. Think that the universe dealt you this hand, so if you continue to focus on how you could of played it differently, or better, or what could of happened under different circumstances, that’s rarely productive.

Admit that you’re grateful for the experience and breaking up comes with a cost, usually emotionally and financially. Know that bad things can happen to good people.

If you’re stuck with a sense of injustice, then you’ll miss out on what life has to serve you next, and the world will also miss what you have to offer in return.

Some will even form an entire new identity around a sense of being wronged, and most can even go on to hurt others the way they were hurt. It’s painful enough to be victimized, so don’t allow it to affect you or others.

Period Of Grief
You feel that you’ve sacrificed a lot towards your past relationship, and ultimately, it didn’t work out. It’s natural to feel angry, hurt, guilt, and shame, which is completely normal.

You’ll need to go through the steps of this grief which involves denial and anger, which will hit you like a tidal wave. You’ll continue to be upset with your previous partner, which is part of the healing process.

Having Faith
Things will then eventually get better, take a turn, as time cures all. Know that you won’t feel this crummy forever. Healing is a natural process that your body takes, and it’s something that your friends, family, and kids want.

When you somehow injure yourself physically, such as bruising your arm, what your body does is it will naturally react, and begin healing itself of the wound. Your soul does the same as it strives for equilibrium.

Trust that you’re preparing yourself for the future and progressing yourself to move forward. Most find comfort by a sense of being in capable hands by someone who cares, that’s guiding them.

If you’re not inclined towards having faith, these feeling can place you in touch with how great this world can be, and realize that everything happens for a reason.

You begin to see your life as a “story” and you’re just a small player in the bigger whole which is the universe. So just breathe deep, introspect, and appreciate what’s around you and given to you.

Accepting What Happened
Since you’re now finally in that peace where you can understand exactly what happened a lot more clearly, acceptance is completely necessary. You need to stop fighting the past and look forward to the future, this sooner than later.

This also doesn’t mean that you shouldn’t learn from the mistakes which were made, but to rather accept them. There’s no point in continuing through life feeling like a victim, just to protect yourself.

Finally Forgiving By Showing Gratitude
Begin by forgiving yourself and then forgive everyone who’s concerned and connected with you in the universe, which includes your ex. Thank them for the experience.

Understand that everyone will carry their own hurt and injuries, and that your ex is also battling their own demons as well.

Making The Right Decisions
To forgive however doesn’t mean forgetting. What you need to do is become a lot more aware in order to be able to move forward with your life. If this means protecting yourself, then so be it.

It could also mean keeping in touch with your ex., especially if you have kids, and for their sake, allow that to happen. The burdens of the past will often prevent you from making the most sound of decisions, so doing the right thing just feels better.

Who Said That Life Is Fair
In the aftermath of a breakup, your emotions will overwhelm you, but it’s important that you experience them all. From the initial outrage, to the hurt, the self doubt, and the fear of what may be coming next.

Grieving is the emotional equivalent to the body healing itself from a physical wound. Grief will take you through the pain, the anger, and diminish the “what ifs,” to the loss, and then the acceptance.

It may trigger itself over and over again, appearing when you’ll least expect it. Once the grief expires itself out, once the wound heals, you’re then left with complete resolution.

Losing a relationship for whatever reason is a loss, and grieving is needed much like losing a loved one, such as a parent. Just know that time heals all and there is hope, a brighter tomorrow.

If Your Thinking Of Going Freelance Know The Advantages