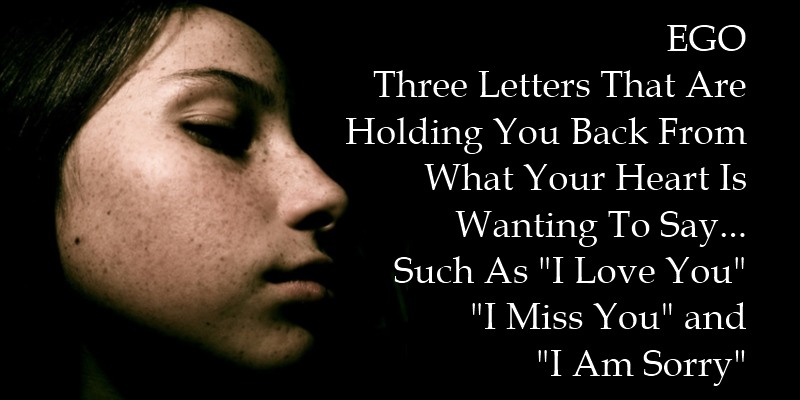 We all have this secondary arrogant side of ourselves, and if it’s not harnessed it can control our lives. This at times rude representation of how we come across is known as an ego. It can be big, annoying and out of control, or small finely tuned and balanced.

The ego is an extension of our personality, so it’s up to you to control it. Putting a rein on it, towards our best interests for many however can be a difficult thing to do.

It comes down to how high your emotional intelligence is, how mindful you are once you interact with others.

Some need to take a step back, and see how disputing or disruptive their ego is, as it can be offending and arrogant without they even realizing it.

We Are Our Ego

Our ego is a mirror of our self-image. The service it provides, is it makes others aware of who we are as individuals, this unique from everyone else.

This is “you,” look at me. An ego is the product of your individuality that others can relate to, saying yup, that’s you in a nutshell.

It’s not the true reveal of who we are as a personality however, but instead the ego is the moderator for our more vulnerable higher self.

The ego is what dictates how you choose to display yourself to everyone in the physical world, how you reveal yourself in social situations.

Since the ego is just a cloak of who you are, it usually blocks out or hides your true self, your honest intent once challenged.

Although the ego serves an important purpose, an ego that’s raging out of control like a wildfire, can project you as arrogant, unlovable, or mean.

The Ego Is Just A Cover

Know that the ego, doesn’t truly project who you really are, which gives you the excuse to not rely on it or trust it. You can remove the burden it carries, by overruling it to show what your true personality is.

Once you begin to regulate and control your ego more efficiently, it becomes easier to follow the guidance of your higher self.

Doing so allows you to make better decisions based on mindfulness and passion, this rather than separation and pride.

To Control The Ego

There are signals, ways of knowing if your ego is out of control. You also need to know, it will come in handy at times when under stress. What’s important, is knowing what these signals are.

Once you react in a certain manner that’s uncharacteristic of you, know it’s your ego that’s stepping in and running rampant, overruling your emotions.

So become aware of the signs of an out of control ego, and learn to harness it. This begins with knowing and dismissing what’s not serving you well. Realize a big ego is just an illusion, and not the true you.

Signs Of An Ego That’s Out Of Control

• You constantly argue or pick fights with others for no reason
• You complain frequently until you get what you want
• You become defensive and angry once you’re criticized
• You become self-critical, speaking badly about yourself and others
• You have a difficult time apologizing, especially when you’re proven wrong
• You become extremely impatient, while becoming judgmental of others

Separation From The Ego

What we can experience is our ego to behave badly at times, this to varying degrees. If you have a big massive ego that can’t be controlled, you become disconnected from who you really are. You can be accused of being crazy.

This unwanted activity, can suddenly occur during various stages of stress, duress or anxiety.

The reason this happens is because the ego acts as a separate entity, it has its own agenda, and it isn’t a representation of who you truly are or thinking.

It acts as a guardian, as a protector so we won’t get hurt, embarrassed or injured. What the ego is doing, is covering for your low self-esteem and vulnerability.

And because the ego thinks it’s completely independent, what it often feels is it needs to stand up and justify itself. How important it is to itself and everyone else.

This is also what the ego is secretly afraid of, and what makes it an unique entity from anything else.

This is why at times it spirals out of control, as we become hostile and aggressively annoying, as it needs to prove its worth.

The Mind And The Ego Are Independent

The mind, the higher self doesn’t feel the need to justify or defend itself under any circumstances. It focuses instead on making amends with everyone, this rather than the separation or superiority the ego thinks it needs to create.

As a result, someone who’s highly connected with themselves, someone who’s mindful, will make choices based on compassion and patience, because of the realization we’re all “one.”

That helping others is helping oneself.

Connecting Better With The Ego

For anyone looking to connect better with their ego, one way is relaxing by meditating. What meditation allows is one to become aligned with their higher self, while observing their ego’s thoughts from a different perspective.

Meditation doesn’t need to be mystical, as all it does is connects deeper with the oneness, which becomes easier to do over time. What it does, is it reveals how the ego masks the true you.

Eventually, all the destructive chatter that’s coming from the ego will dissipate, allowing you to know if you’re making ego based decisions or not, when facing stress.

To Have A Healthy Ego

The ego always isn’t the culprit, but it reveals who we are as individuals. We feel we need to display our uniqueness, while defending our vulnerability from others.

It’s our interconnectedness however, which bonds us humans together. It’s our happiness, love, and prosperity which becomes important, this to maintain strong relationships.

So the intent isn’t to rid of the inflated ego, but to give it less responsibility. Allow it to interpret the world for you, but release it from making decisions on how you should be thinking or reacting.

Once handing over the responsibilities of making decisions to the higher self, what you’ll then make are better vibrational choices, which leads to more happiness and better sanity.

This way, we can then make sound objectives based on the idea we’re in this together, while not opposing or constantly questioning the motives of others.

We can then view our friends and foes as allies, extensions of ourselves while treating them as how we would want to be treated ourselves.

This is the reason why we need to recognize and control our ego, which allows our true selves to shine through the mask.

How To Set Goals And Successfully Achieve Them