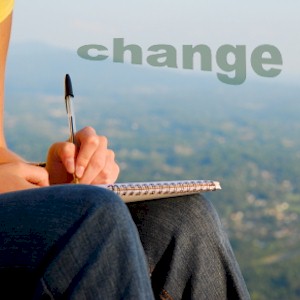 Some have the passion to show others how easy it can be to create a richer more fulfilling life. It’s also found that there’s usually no real radical changes to make when wanting a richer experience.

There are certain steps which you’ll need to take to propel yourself forward, along with ways of doing certain things in your life.

This regardless if you make just a few minor tweaks here and there, or if you’re needing to make some major leaps and bounds.

This requires adopting some new beliefs, making new habits, and changing your attitude for the better. This is also what may be currently blocking you from getting that positive change which you’re seeking.

The biggest challenge is changing your mindset by assuming that you already think you know how certain events will turn out. The majority of people won’t bother starting anything new because they believe that the outcome will always turn out “bad.”

Know that by putting aside past experiences and probabilities, there’s absolutely no way of anyone knowing beforehand how a certain event will ever turn out.

It’s been proven over and over again that life, fate if you will, likes to reward those who take a risk, or become courageous, in usually surprising ways.

If something or someone is calling to you to try something new, then you owe it to yourself, to at the very least give it a try. Then give it your best effort, be as optimistic as possible, and then leave the results to whatever life decides.

Believing That Things Will Always Be The Same
Your life is always changing, it’s in constant motion, it’s either getting better or getting worse, but will rarely remain constant. There are some who are convinced that various circumstances that they’ve experienced in their lives, will forever block them from accepting any new change, much like they’re cursed.

Even though they’ll take baby steps to change whatever they can, they’ll always begin to see the circumstances as hopeless, and will suddenly begin to flood their mind with failure. So just begin committing to your dreams, and then things will eventually change.

Stop Listening To That “Negative” Voice
You’re not that different or special from anyone else on this planet. That voice that you hear, everyone else hears it inside their head as well.

It could be that same discouraging voice which constantly belittles you, tells you that you’re a failure, that you’re no good, telling you to stop whatever you’re doing.

Some have just learned not to listen to this voice, or they’ll just forge ahead anyways. Once you decide to step out of your comfort zone, or thinking about doing so, that voice will usually get louder.

This voice becomes predictable and annoying, boring and a nuisance after a while. So don’t allow this distraction to get to you, as it attempts to sidetrack everyone.

Constantly Worrying About Finances
Almost everyone worries about the flow of their money. Those who are wealthy often worry of risk or change, since they’re afraid they may lose what they’ve accumulated.

But more commonly, there are the poor who will constantly tell themselves that they’ll wait until they’ve saved enough money, since they’re also afraid of losing whatever they’ve got.

This isn’t saying put your life or family savings at financial risk, but don’t allow these “money” fears to stop you from doing whatever you’re wanting to do. The odds are favorable that you’ll find a creative way to make it happen, or at the very least get started.

Listening To Those Who Constantly Kill Your Dreams
Always guard who you share your plans and dreams with, this especially if it has a bit of risk, or is unconventional, which requires some type of change. Whenever you decide to change your status-quo, what you’re doing is heightening the fear in everyone affected.

Most will more than gladly tell you why something won’t work out, why you will fail, and will tell you instances of it failing, just because it’s easy to do so.

But realize that the most worthy of changes will usually involve some degree of risk, or there are others who may have failed trying. But you could very well be the one who succeeds, but only if you try.

Thinking You Have To Do It All Yourself
It’s up to you, it’s your own responsibility to prepare yourself, so make sure you show up, and then do all that you can. The majority of times, just getting started can get the ball rolling, which will begin opening doors and passageways for you.

If you have a specific dream in mind, the universe will help you in achieving it once you start, but you have to begin. Initially, it may appear like nothing is happening, or that you’re going backwards and all is lost.

But once you plant the seed, then something good will always eventually begin to happen from your efforts. Even if it isn’t quite the result that you were expecting, there’s usually a better plan in store.

Thinking You Need To Be “Ready”
Most professional athletes will actually tell you that they’re not that good of an athlete. Sure, they’ll say, that people will pay to see them perform, but they’re far from being the best.

But still, they know that this was something that they had to do, and just went for it. The end results became extraordinary for them, but they still feel that doing so was completely out of proportion to what they “deserved,” this based on their skill and experience.

So just get started, begin something on your own, dream and dream big. Then activate these thoughts into motion. Once you begin, you will find that it may initially start off rough, but will always improve and you will learn as you go along.

Start something, even when you think that you’re not quite ready for it, exert the effort, as that’s one of the best ways that you can get better at anything. If it doesn’t work out, then you can file it as experience, then try again.

Spirulina As A Nutritional Supplement Why It's A Superfood