It could be any type of social or business setting, where you need to come across crystal clear. Someone that others will remember you, for your charisma. You instantly know when a person is uncomfortable in these situations, as they’re acting extremely aloof. They’re rapidly blinking as their head is bobbing up and down. What they’re doing is making a poor first impression. Then the thought is maybe they don’t like you, or there’s something wrong with them. 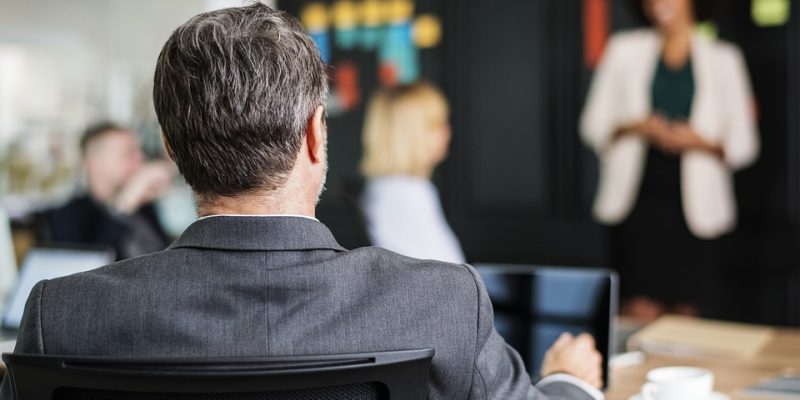 Their mind is clearly wandering elsewhere. They’re scanning the room, perhaps looking for more exciting people than you to talk to, or maybe they’re looking for someone they know. What’s obvious, is that their focus is not on you or the conversation. The worst, is that they’re constantly looking at their smartphone.

So you wonder if you’re that boring, or if they’re just that rude. If you don’t happen to know each other, then you most likely won’t speak to each other again. There’s absolutely no connection or chemistry whatsoever.

Someone Of Interest
If you meet someone who’s interesting however, someone who’s completely attentive to you, they’re actively engaged in your mutual conversation, you’re then instantly attracted to them.

At that precise moment, the only thing that’s important to them, is you and no one else. You’re the most relevant person to them, as they’re giving you their full complete undivided attention.

To Be Charismatic
This is how those who are charismatic react. The reason why they’re able to shine, have that unique influence. The reason because what they do, is connect with you with engaging impact.

Increasing Your Charisma
What most think is that having charisma is innate, a special gift that someone is born with. A feature in their personality, that makes them more attractive than others.

It’s thought that these qualities aren’t available to everyone. That you’re gifted with this unique x-factor or not. That it’s a quality which compliments your good looks and sparkling personality. That you’re a leader.

Having charisma however, is something that you’re born with. What it does is makes you unique, makes you standout, sets you apart from the crowd of other men and women.

What research also shows, is that in most cases, it can be unearthed and refined. It begins with knowing the properties which contributes to it.

How you can display empathy, is by mentally placing yourself in their situation. This by being fully attentive to them, which you’re only able to do when you care, and not being so full of yourself hiding behind that big ego.

Listening Between The Lines
In order to understand what someone is really attempting to say, evaluate exactly how they say it. Detect what they’re not able to say, by reading their body language and nonverbal cues.

Think of that person who constantly interrupts you. The reason why they do so, is because they’re anxious, and too preoccupied with what they’re going to say next.

They’re not listening to what you’re saying at all. They don’t really care what you have to say, this because they’re only focused on themselves.

All they’re thinking is what their response is going to be. How witty or insightful that they’ll be, how impressive they’ll come across. So if you’re distracted or thinking about what you’re going to say next yourself, you’re not listening.

Appropriate Eye Contact
This is the ability to hold the gaze of someone else, without coming across as being creepy. Eye contact is the deal maker when it comes to human connection, this especially if you’re attracted to one other.

What we feel, is that once someone suddenly shifts their eye contact away from you, that they’ve mentally moved on, that their attention has shifted elsewhere.

This intuition is correct, since what science proves is that once a gaze is broken, the mind begins to wander away. This reaction is just a mechanical brain process.

When you have mutual direct eye contact with someone, the impact of that connection is extremely powerful. What doing so does, is magnifies you being acknowledged with empathy.

Being Enthusiastic
What enthusiasm does is makes someone feel better, as you give them praise for their actions or ideals. Genuine enthusiasm is difficult to fake, this because it’s a spontaneous emotion.

Enthusiasm occurs, once you sincerely engage with what someone’s doing or saying. For you to come across as genuine, you need to sincerely feel it. Your mind being in the moment with that person becomes essential.

Showing Confidence
What most worry about, is not wanting to come across as nervous or aloof. All that they care about, is what others might think of them. Most are so paralyzed with this fear, that they end up coming across as scared and distant.

What they do, is focus on themselves instead of the other person they’re engaging with. But when you’re mindful, what you naturally focus on is them, rather than on yourself.

Once you begin focusing on the other person or the crowd, and stop talking about yourself so much, you come across as being confident, this rather than skittish or narcissistic.

Know What To Say
To engage with others, what you need is to communicate fluently. It becomes vital to read the person or the audience, by knowing what they’re thinking, to make a good impression.

Once you connect with others, you’re then able to understand their exact state of mind, this so they can understand what you’re talking about. You can then adjust what you say, so you’ll be heard.