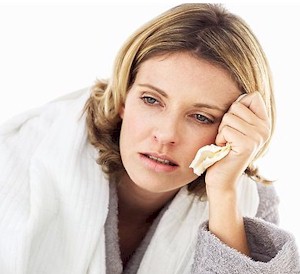 Your entire body will naturally begin to relax itself after strenuous times such as the festive season, which can make itself susceptible to colds. That’s when the body ailments, general soreness, toothaches, and headaches can become common and persistent.

This is the time of year when we may disregard our health a bit, and when combined with the cold snowy season, getting sidetracked by the joy of the holiday’s, it’s our immune system that takes the hit.

It can eventually catch up to us with a thud. It becomes a battle for us to stay healthy, as flu and cold season persists, which commonly peaks during the first few months of the year.

So what you can do is perform a bit of health maintenance by boosting up the immune system, which can then effectively help in fighting off and avoiding the Winter blues.

Begin By Embracing A Healthier Active Lifestyle
Whether it’s part of your resolution or not, adopting a healthier lifestyle is the absolute best way to armor yourself against personal maladies such as colds and flu’s.

What this includes is going cold turkey on cigarettes if you smoke, or use other recreational stimulants. Also consume alcohol more moderately, and do simple basic things such as washing your hands more regularly.

What should also be included is some form of workout regiment for at least 20 to 30 minutes a day, 7 days a week. What physical exertion does is it promotes better circulation in your body, which allows the cells and the blood to move around more freely, which improves immune function.

Make sure that you keep the fitness routine as regular and varied as possible. It’s recommended that you begin exercising moderately since it’s been found that higher intensity workouts, at times, can actually increase the risk of getting sick.

Adopting A Better More Nutritious Diet
Your body is a fine tuned machine which functions on the “You are what you eat” principle. So the better the nutritious that you fuel your body with, the better off it will perform.

There are numerous studies which support that if there are deficiencies in protein, along with the various micronutrients, such as: iron, zinc, copper, folic acid, selenium, and the vitamins A, B6, C, D, and E, they can alter the immune response.

Adopting a diet that’s rich in fresh fruits and vegetables, various whole grains along with lean proteins, which can include beans and nuts, lean cuts of meat and fish, ensures that you’re getting adequate amounts of the most vital nutrients which fights off illness.

What the nutrients in fresh produce are able to do is also fight off disease, which includes the following foods: vitamin A rich carrots, sweet potatoes, dark leafy greens, vitamin C from bell peppers, citrus fruits, broccoli, and vitamin E from seeds and nuts.

Supplementing Your Diet
It’s almost impossible to ingest the daily recommended amounts of the proper vitamins and nutrients from the foods that we eat. The best solution to compensate for this, to gain maximum immune protection, is by taking a good multivitamin, this along with other supplements such as:

These particular supplements are found to have minimal side effects while proven to support better immune function. It’s also recommended that you keep your vitamin D levels in check especially in the northern climes where the sun doesn’t frequent.

Studies support that if you have low levels of vitamin D, you have a greater chance of catching the seasonal cold or flu. The majority of people are also thought to be deficient in this particular vitamin.

Properly Managing Your Stress Levels
There are stress hormones in your body which can impact the various areas of the immune response. In various tests, those who are exposed to chronic continuous stress related activity actually alters their white blood cells, which exposes them to an increased risk of getting sick.

So it’s recommended that you find healthy ways to reduce or at the very least cope with stress better, such as meditation or yoga, and doing physical activities such as taking a walk or a bike ride.

You’ll instantly begin to feel a lot better about yourself, and will more that likely want to prolong this feeling. Also guard yourself from the stress which is the holidays, and the “letdown” which happens directly after, which makes your mind and body more likely to catch a cold.

Getting Adequate Amounts Of Sleep
It becomes completely tempting to just cut an hour or two of sleep to accommodate for the last minute preparations, but it’s found that losing this sleep isn’t worth the sacrifice when it comes to your health.

All of the various studies support that once we deprive ourselves of sleep, what that does is it suppresses our immune system. The majority of people require anywhere from 7 to 9 hours of sleep on a nightly basis. You also can’t catch up on your sleep on the weekends, as what’s lost is lost.

The Letdown After The Holidays
The holidays will absolutely pump up the volume in our systems, and then the body goes in mild shock once the holidays are over and the activities suddenly comes to a halt.

What we’re forced to do in a short period of time is participate in all of the festivities, the parties, the last minute gift buying, and the family gatherings which usually results in overeating and over drinking to excess.

Then once we go cold turkey in January, then there’s no guarantees that we can escape the dreaded cold and flu season, but can only be aware of it the best we can.

You can begin by building up your immune system, so at the very least, doing so will give your body a fighting chance to survive the cold and flu season doldrums.