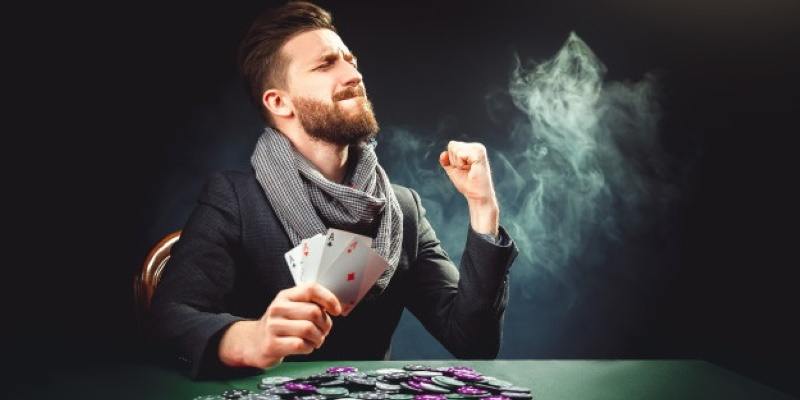 Most think it’s fate, the reason why some appear to be more luckier than others. Why not subscribe to the thought, that luck flowing your way can actually be created by you exerting higher targeted energy. That it’s not by accident or some type of mystical intervention.

The majority of the populace however, are content to allow others to make their luck for them and believe it’s out of their hands.

The successful know they can generate their own luck, this by better directing their life, this by taking advantage of the opportunities that appear in their path.

You can spot those so called “lucky” people immediately, you can instantly feel their inspiration and at times become overwhelmed.

Some refer to it as having charisma, personality, an extended self generated abundance of energy. What luck does is it appears to radiate out of their soul, they have that glow, that aura.

But most often, the truth is that it took them years of personal construction and hard work, to build up that reservoir of luck that’s inside them.

Those Who Are Lucky

Some will tell you that those who are lucky will stand out from the crowd, that they have a special shine about them.

What is it that makes them unique, what sets them apart from the generic crowd who remains at the opposite end of the spectrum.

The unlucky are those who’ll watch life pass them by, especially their own life, as if they’re watching their mundane lives unfold on a rerun TV series.

They refuse to take action, they just allow things to be, and will blame everyone and everything else but themselves.

They don’t take the next step for one reason or another. They don’t bother to be an active participant in their own life, so why should anyone else care or help them out.

Becoming more active in ones life, having the motivation to help themselves out is the key.

This is what those who appear lucky, claims is how they’re able to attract luck into their lives.

You might of experienced this in small quantities at one time or another yourself. Or it might be a gradual discovery.

But eventually, sooner or later, you’ll find that the one constant factor in making positive change in your life, begins with generating the energy to help yourself out.

Making Your Own Luck

Believe that it’s possible you can create your own luck.

It’s directly connected to looking at yourself, your life from a completely different perspective, which begins with stepping out of your comfort zone and trying new things.

It begins with reinventing yourself on how you do certain things, and then finding the mentors that you need, this to get a more focused look at what you’re good at, what your strengths are.

Begin joining like minded groups, meet others who have similar interests or concerns. Attend events and make sure that you network, interact with them.

Become connected to all of the dormant positive sides of yourself, that you’re intrigued with.

Begin new projects, complete all of the projects which you’ve previously started and left unfinished.

Make Sure The Timing Is Right

Most often, it’s the timing that’s off. If you’re not paying strict attention to your relationship with time, then you might miss out on what’s fated or about to happen to your life.

Big things, events, won’t unfold and happen on a daily basis, but there’s always that “day” it will, so be ready for it.

If you constantly knock on that door that never opens, know that one day it will, as all that was needed was just a slight push.

If you don’t go for it, go all in, you’ll never know what’s in store for you. At times, all the luck and serendipity in the world is just one connection, one mindshift, one moment away.

Without trying, without reaching out to someone or something for the answers to your questions, you’ll never know, because they never even knew you existed.

If you don’t bother to ask, then how can anyone give you what you want. Those who realize that all they need is to ask, is what sets them apart from those who don’t.

It’s also what can lead you to having better luck, having that lucky day which finally makes an impact on your life.

All this by just asking for assistance, as all you’re doing is making a claim on what you think you deserve in the world.

Making progress is realizing that everything is a process, and the more effort you put into it, by constantly improving your relationships, your career, the more things will change for the better.

Attracting Your Own Luck

What being prepared, being ready does is it leads to better luck.

When it comes to any sporting event or competition for instance, that’s when “luck” is the most apparent, as they’re instantly rewarded for it.

When it comes to your own life, its the connection between you fulfilling your lifelong quests and making your own luck, which is not as obvious.

At times, creating your own luck feels impossible, but it doesn’t need to be that way, especially if you’ve prepared yourself to receive it.

So ready yourself to receive luck by doing the preparation that’s needed, be writing out the back story and the end game.

As one door closes, another will open, which offers a completely new opportunity in your life.

That’s what the lucky say anyways.

Is There Scientific Proof You Can Predict The Future