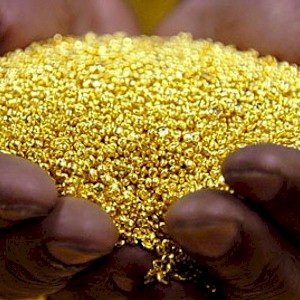 It’s thought that there’s a correlation between wealth building and the Laws of the Universe. These concepts are observed by social scientists who have discovered that the laws of nature will always follow a certain pattern. These physical laws are also constantly present in everything that we do.

Everything that’s physical in our life complies to and are influenced by these natural laws, and as a result, these forces can be applied to your finances or business. One of these scientific laws is synergism.

Synergism is defined as the interaction between two or more entities which produces an effect that’s greater than the sum of their individual, or independent effects separately. An example of this would be 1 + 1 = 5. Wait! The math doesn’t add up.

To explain how synergism works, we all know that 1 + 1 = 2, but it’s not about the numerical values, but more of combining the effects of two or more agents, entities, when compared to the effects of those agents separately.

How Synergy Can Be Used
For instance, let’s take gold. This precious metal is ductile and malleable, which means that it’s extremely useful and valuable. It’s shiny, unique, and resistant to corrosion.

For centuries, gold has been a symbol of prosperity and wealth. It’s been used as a means of exchange in ancient civilizations. Pure gold however has one defect, and that it’s too soft a metal.

There are other less valuable metals such as copper and silver. They’re harder than gold but are not as attractive while being not as precious. They’re also less resistive to corrosion as both will tarnish relatively quickly. The metals are cheaper than gold because they’re more abundant in nature.

What happens once you melt silver or copper with gold is you produce an alloy. You’ll get an alloy which becomes resistive to corrosion, while making the main ingredient gold harder and more durable to the elements.

You can then make jewelry or coins with this new alloy, making the end product extremely useful and longer lasting. What this results in is the alloy becomes more valuable than the metals separately. 1 + 1 + 1 = 5.

Synergy As Applied To Industry
There’s a limited amount of energy or matter in the world. If we’re going to compete to get bigger slices of the fixed quantities of these raw materials, then we’re all competing for the same piece of pie, which becomes difficult.

But once you decide to create new ways of doing business, then what you’re doing is creating new wealth, which is easier since no one else is doing it. For instance, while everyone is fighting for oil, someone suddenly discovers how to create gasoline from water.

This hypothetical person is able to turn one liter of water into the same quantity of mechanical substance that a liter of gasoline is. This person then becomes extremely wealthy without needing to compete with anyone else.

Then the reverse always begins to happen, there will be those who’ll attempt to compete with them, attempt to replicate or steal their idea. So how can you get rid of the competition, well you can’t. The human race has always been competitive. Even if there’s patent protection, others will attempt to design around the idea.

Some will just outright steal it, leaving you in the position if you should take legal action or not. So if you have something that’s profitable, others will always try to steal or sell it, which increases competition while lowering your profits.

So What About Synergism
You’re thinking this isn’t synergism, but it is. The idea isn’t competing for the limited resources and substances which exists in our closed ecosystem, the idea is finding different ways of mixing substances differently, so you’ll be adding more value with less effort.

Most likely you won’t find new better more effective ways of generating gasoline or electricity. You’re most likely not an inventor, but you can apply the same concept of synergism into your business.

For instance, if you invest in real estate, you most likely compete at the foreclosure auctions to get properties at reasonable prices, which is frustrating. Everyone else is doing the exact same thing.

The housing properties also has encumbrances and issues which makes it harder to profit from the deals. Then one day, you the investor realizes that it’s more profitable to build houses instead of competing for them.

So you purchase land, hire builders to build the houses for you. You find that the properties appreciate in value while during construction. What you’ve found is a new way of making money.

This is the main principle behind synergy applied to capitalism. The idea is getting rich by enriching, helping others. Instead of competing, finding different ways of creating new better things. A lot of people have become rich by turning something no one wants into something that’s useful.

The Application Of Synergism In Your Business
There’s another way you can apply synergism into your business, and that’s through partnerships or joint ventures. Two or more people can usually produce a bigger effect once they’ve combined forces, more than what they could produce alone.

For instance, you’re wanting to start a new business, you have expertise in a certain field, but you don’t have the capital. Then find someone who has the funds, but lacks the knowledge that you have, or they don’t have the time.

You can then form a partnership, work together on the new business. Once combining your resources, you can both make the project possible. Doing it separately would be impossible for each other.

This is a common scenario for the start of new businesses. Synergy occurs once people combine their efforts and energy together. You can apply certain scientific laws and then apply them to your business immediately. You can apply synergy to combine one or more forces to create a bigger entity.

Ways On How To Activate And Then Supercharge Your Motivation