One of the biggest discrepancies in our society, is how wealth inequality and wealth acquisition occurs. The issues stem from what it’s roots are, why some people and countries are poor while others get rich. On a personal level, how one can generate and maintain more wealth, while learning to deal with its cloak-and-dagger elements. 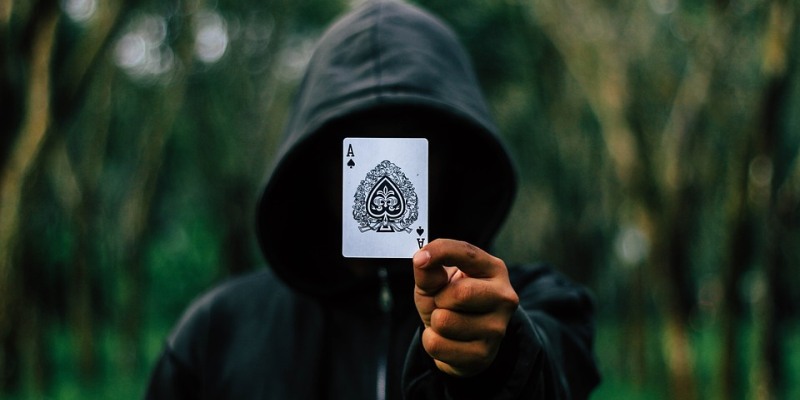 Life is a game of risk, of chance and strategy, such as what the game of poker represents, metaphorically speaking. The gamble that is wealth generation when compared to life, is somewhat similar.

When playing poker, you’re dealt random hands that are dictated by the shuffling of the cards. At times, you’re dealt strong cards, increasing the odds of winning that round.

But for the majority of the time, the odds are stacked against you, you’re dealt mediocre to poor hands, and you have to do your best. You then either fold and wait for better cards, or you bluff pretending to be strong.

For average hands, anything can happen, this depending on how you and others play their cards, with the element of luck factoring in. The strength of the hand, statistically speaking, is also completely independent of one another.

Those Who Are Born Fortunate
When we’re born, some are dealt extremely strong hands right from the beginning. They’re born with superior genes, which predisposes them with traits that will increase their chances of success, when it comes to life.

They’re born to parents who has the resources, ability, and an interest to raise them properly, helping them to reach their highest potential.

They’re raised in highly affluent neighborhoods, sheltered in safety, fed good food, while avoiding the infestation and undercarriage that is crime and danger, keeping them safe and immune from filth.

Their educators at school are competent and caring, allowing them to acquire the precise accurate knowledge rationally and creatively, this according to their specific aptitude.

Then they enter an economy, where they’re free to pursue any career choice or athletic pursuit, which suits them the best. This to make an excellent living for themselves, their family and offspring.

Then There Are The Mediocre
Others, the majority aren’t as lucky. They on the surface are dealt inferior genetic hands. This prejudices them as having lower intelligence and attention deficits, being impulsive and lethargic, while having a lack of ambition or imagination.

Their parents at times abandon them, the nurturing isn’t there, as reaching their potential becomes secondary. The living conditions are poor, the neighborhood dangerous, where crime and their elements are common and rampant.

The goal of the teachers in this neighborhood, is they staying safe themselves. To get through their day without any type of violence occurring. The schooling that’s taught by them, is at times outdated and often incorrect.

They adhere to parochial narrow minded thinking, instead of focusing on creative thinking, which they should be encouraging. Work opportunities in the area are depraved, where just a small minority lives in opulence, while the rest survives in abject poverty.

The land is ravaged by acts of god, droughts, earthquakes, floods, and typhoons. This is where most will cling on to superstitions, that they’re cursed, this in the attempts to make any sense of their misery.

The Roll Of The Dice
In life, what we’re dealt with is a number of factors which are not of our choosing, and completely out of our hands. We do not choose the genes we’re born with, to be male or female, nor the characteristics of our parents and how they treat us.

We don’t choose the neighborhood, city, country, or the particular configuration of government and their regulations, the economic system, or the natural resources that are available.

So life is similar to poker. The biggest difference being that the events in our lives aren’t always statistically independent from one other, as they may be in poker. The strength of the hands that are dealt to us, usually translates into how we end up living.

You Always Have A Choice
Some will claim that the cards are stacked up against them. They claim that they don’t have any other choice, but taking the route that’s given to them, which is the easy way out.

But know that everyone has a choice. We have the right to protect ourselves, to stand up as individuals. We’re given the choice, the right to act on our own. How you live your life, is strictly up to you.

If you happen to live an extremely hectic stressful life, then that’s because you choose to be busy. There shouldn’t be anyone, who can force any type of life upon you. Every choice that you make, has its own cause and effect.

Taking Control Of Your Life
Living life can at times become difficult and challenging. Knowing what works for you and what doesn’t, may take a while to get adjusted to, becoming a work in progress.

At times, most often, you’ll get frustrated and confused by what you’re doing, what you can or cannot do, where you’re going.

You may initially attempt to follow the direction of others, but should eventually follow your own wisdom. There will be times, when your own senses will throw you off course.

You can also be lured away from where you want or need to be. Often, this distress call comes from those with good intentions, who may want to help you, or are looking out for you.

Always direct your life towards what you want, and then do the right thing by taking action. Do it your way. Never comply or fall victim to others, or what life deals you.

Why Being Passive Aggressive Can Be A Disturbing Behavior