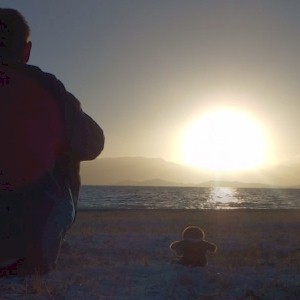 What most at any level of life strives for is reaching their peak state of satisfaction, but will usually settle for less. So what needs to be decided is whether you have the drive to become completely satisfied in your own pursuits.

Have you ever felt completely satisfied in your life or work. What most will often do is just settle into their comfort zone, this by adjusting their tolerance for angst or pain. What achieving true satisfaction demands is not completely accepting any situation, but doing what’s required to fulfill what you truly want.

Those who feel they’re living their ideal life are better equipped to dealing with all the curves which life throws in their path. They then begin to see all these challenges in business and life, as opportunities and adventures for them to tackle and accomplish.

There are a set of traits, rules, which you may want to adopt into your life, the one’s which has been demonstrated and adopted by those who are truly satisfied.

They Dictate Their Own Fortune
What most will do is sit back and wait for fortune to shine on them, feeling life owns them a living. Then they get disturbed and discouraged if the magic genie doesn’t show up and shower them with riches.

Luck has always been defined as when opportunity meets timing, and then taking advantage of it by forcing action. Those who are satisfied will take complete control of their environment and destiny.

They never blame others for their misfortune or struggles. The world is their playground and they will engage aggressively, not because of insecurity, but rather instead they love the challenge and revel in taking advantage of the opportunities.

They Know How To Make The Right Decisions
There’s a lot of angst which comes with the decision making process, so much so that some are perpetually stuck. It’s thought that the average individual can make up to a thousand decisions a day.

The majority are easy, such as coffee or tea, the color of tie or shoe. Others can be incredibly difficult. Every word we speak represents a decision that’s made by us right now.

Needing to make a decision makes some cringe, especially the tough ones which can be life altering. Those who are satisfied are never hasty. They quickly assess all the known data to make an informed decision.

Rather than getting trapped into a cycle of analysis paralysis, once they get the info they need, they trust their gut instincts to make a decision, then they take action.

They never waste time with regret, especially if they’ve made the wrong choice, it happens. They’ll just accept the consequences of their decisions, good, bad, or indifferent, then move on.

They Know Their Limits
If you don’t know what makes you satisfied, then it’s difficult to become so. Satisfied people know the limits of what they want, need, and what they’re capable of. What they can do.

They have high aspirations, but will work efficiently to accomplish perfection based on their abilities and strengths. They’ll surround themselves with others who can fill in their weaknesses, while complementing their strengths.

They also constantly test their limits and accept themselves without needing to constantly challenge themselves. Anytime they exceed their previous limitations, they get greater satisfaction.

They Know What To Expect From Others
Being disappointed is the opposite of satisfaction, which usually occurs from having unrealistic expectations. Those who are satisfied will spend less time pondering, judging, wondering why things didn’t work out.

But instead they spend the time being grateful and analyzing why things did work out. They’re self aware, they know what they’re capable of, which helps them realize that others are less than perfect as well.

They have an uncanny ability to realistically assess the skills of others, their desires and potential, which helps them to appropriately assign issues, this so everyone can exceed their own expectations.

They Like To Give More
The best form of satisfaction is knowing that you matter. Those who are truly satisfied thrives on making an impact in the lives of others. They realize that there are a variety of ways to do so, which doesn’t always involve money.

They know the value of helping others, mentoring the young, helping those who are less fortunate to make a new beginning. Satisfied people know that they giving back and helping makes the world a better place for everyone.

They’re Constantly Learning
What creates angst in this rapidly moving world is the fear of falling behind, as the world is continuously developing. There’s satisfaction that comes from riding the wave, rather than trying to keep up.

Nothing accelerates your life forward than constantly learning something new. Those who are satisfied know that knowledge, learning, has it’s rewards, which drives their success.

They recognize that continuously learning contributes to their longevity and better brain health as they age, which means they expect to enjoy all the fruits of their labor.

They Know When To Release
No one benefits from hanging on to negativity and delusion. This negative energy can’t be turned on or off. It’s more like a virus where it can rapidly accumulate, spread, and won’t dissipate easily.

Thoughts and feelings that are unhappy eats away at one’s satisfaction, this until all that’s left is resentment and cynicism. Satisfied people have the ability to stop this resentment, anger, or false hope in it’s tracks, this before it can fester.

They know when to stop investing their energy, time, or money in something that’s not working out, to cut their loses, and then start fresh again. What they’re constantly looking for is a better way, better days, this to focus their energy towards.

The Most Costly Expense Is Hiring Employees So Hire Wisely