How The Weather Outside Influences Our Consumer Behavior
Skip to content 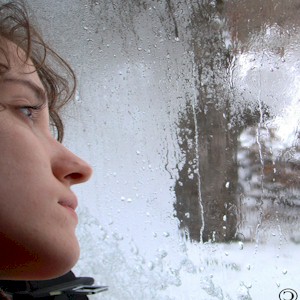 Our physical experiences directly affects the way that we think and behave. Holding a warm beverage, for instance, instead of a cold one makes one think there’s more warmth in someone’s personality when speaking to them.

The degree of temperature influences our preferences of expression, especially when it comes to the consumer. The most obvious is that ice cream or beer sales will skyrocket on hot lazy summer days, but there are also less obvious cues the temperature has on the human psyche, when we make decisions.

One study showed that when sitting in a cooler room with a cold drink will increase the likelihood of watching romantic movies as a selection. This occurs because of the cold, the viewers will associate the romance with psychological warmth.

The study also showed that people were more than likely to watch movies which are positive and upbeat in nature if their feeling the blues, while preferences for other genres, such as violence or comedy, were found to be unaffected.

How Temperature Affects Our Mood
Depending on the temperature, it’s found that consumers are more than likely to trust the opinion and judgement of others on a particular product when the weathers hotter, more than they would when it’s colder outside.

According to the research, it’s not because their feelings become more influential, but because warmer temperatures will generally tend make them agree to the predictions or recommendations of others more, this when it comes to the buying or selling of goods, such as stocks.

Another study that was based on human behavior, the weather, and betting at the racetrack, also showed similar results. Whenever the temperature at the track got warmer, the bettors would more often than not, bet on the recommended “favorite” to win.

So why does this occur. The easy explanation is there’s a lower threshold of social reinforcement when it’s warmer. If the temperature is cooler outside, it’s proven that we need to bond with others more to get warmer, and as a result we seek out closeness, as proven by viewing more romantic movies.

What the warmer temperatures does is it elevates the feelings of independence and trust, as evidenced by relying on the opinions of others when it comes to stock recommendations, or betting at the racetrack.

Temperature Affects Products As Well
The link which exists between temperature and the perception of closeness doesn’t apply just towards people, but it also affects the closeness that we feel towards products as well.

A study was based on test subjects who were asked for their opinion of certain random products when they were first handed a warm therapeutic pad, and then a cold one just for a few moments.

In a task that was purportedly unrelated, they were asked how much they’d be willing to pay for: a package of batteries, and second, for a decorated cake.

The same test was conducted based on the test subjects looking and then evaluating, but not touching a framed picture. Their opinion was recorded based on they holding the warm pad, then the cold pad.

After the test, they were given the option of accepting cash or the picture as remuneration for their participation in the research. Those who decided to take the picture, close to 72% percent of them held the warm pad, while the majority of those who took the cash, held the cold pad.

The Effects Of Temperature
The final test took the data from an online price-comparison shopping site. What the site featured was a “To Purchase” button for their products, which allowed the online consumer to access the seller’s checkout area.

The clicks provided information towards the consumers’ intention to purchase a certain product. What the researchers did was they statistically analyzed what the average daily temperature was, then recorded the clicks which were associated with the various product categories over the period of a year.

So what the extra degree of the rise in temperature proved was that there was a lower association with clicks, and vice verse.

The Behavior Economics Of Temperature
So what’s been explored is the important role that emotions play in the financial as well as consumer decision making process, when it comes to a change in temperature.

Although it’s difficult to measure how everyone behaves over the long run across various countries, behavioral economists does regard weather as a strong indicator of mood.

Temperature has shown to affect their overall behavior. Hot sunny days, for instance, are linked to stock prices going higher, this most likely because what sunshine and warmth does is it increases optimism and trust.

The Art Of Content Creation In A World Of Instant Publication