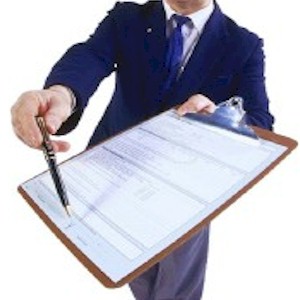 Know your first initial instinct when confronted, what is it? The majority of us will do one of two things. We’ll either step away and flee, run the other way, or we’ll stand forward, raise our defenses and fight back, which can then result in potential harm to you or your attacker.

This where the ancient art form of Aikido comes in, and how it relates to this response. This martial art focuses on diverting the attacker’s energy, which can then quickly diffuse the situation, this by immobilizing the opponent without harming them.

In essence, what you’re doing is diverting the energy that they’re using when they are attempting to attack you in a certain way, which then takes the conflict and danger completely out of the situation.

The Philosophy Of Aikido And The Sales Process
What cold calling which leads to the selling process, and then ultimately closing the sale, occurs when you constantly “push” your product, service, or solution into the face of your prospect, this even when they’re not interested.

If you focus yourself strictly on your goal of making the sale, this before qualifying the prospect, then what they begin to feel is that you’re attacking them.

They don’t know who you are, you’re a stranger to them, and especially once you begin talking about yourself and your product rather than asking them what their needs are, you’ll immediately trigger their suspicion, making them defensive, which causes them to push back.

This push back is the resistance and energy which you need to diffuse. Once you do so, you’ll both quickly get on the same page, and then natural dialogue should begin to flow, which allows you to determine whether it makes any sense to work together.

The Cold Calling Process
You’re at your desk, you receive a call “Hi, my name is John Johnson, I’m with ABC Company, we’re a full-solution provider of…” Your first reaction is skepticism, your defenses go up immediately, and then your brain goes into shutdown mode against this salesperson you don’t know.

This is considered the “old-school” approach to cold calling, a process that will immediately trigger resistance and negative energy which your prospects will feel immediately.

So the new and improved way of making a successful cold call, which means that you’re not triggering a rejection response, is by starting your call by saying, “Hi, my name’s John, perhaps you can help me out?”

Starting off by asking a question is an easy and natural way of beginning any conversation with a stranger, which places them in a position of wanting to help you somehow.

But this shouldn’t sound “canned” like you’re reading a script as that won’t work. Doing so would be similar to an Aikido instructor teaching a new student all the physical movements before they’ve learned the philosophy that’s required to carry them out.

The same concept applies here. First, you’ll need to integrate a new mindset which changes the goal of your call which is making the sale, to instead engaging the prospect into a natural two-way dialogue.

To accomplish this, your voice needs to be low-key. You need to eliminate the vibe of the typical “salespersons” enthusiasm, or the sense that you’re attempting to direct the conversation towards your end game, which is getting the sale. Once you integrate this, everything else then falls into place.

So if you’re wanting to improve your cold calling techniques, become aware of how you can be triggering resistance, or the bad vibes which instinctively causes your prospects to push back against you.

Using The Objectives Properly
What were taught to do is overcome all the objections. But what doing so does is it triggers yet more resistance from the prospect, which can prove difficult to diffuse.

Whenever a prospect gives you a reason why they don’t want to proceed to buy, what they’re doing is putting up resistance. What you’ve been trained to do is “overcome” these objections, this rather than diffusing their resistance by you acknowledging that what they’re telling you, is what they believe is true.

By applying the proper mindset, what you’re doing is dissolving that resistance along with removing any conflict from the situation, this just as in Aikido.

The Process Of Dealing With Objections
Begin by diffusing the objection with “That’s not an issue…” Then acknowledge the truth of their objection. Try to start the conversation with your prospect by saying, “Would you be open to…”

If a prospect says, “We already have a vendor.” You would diffuse that by saying, “That’s not a problem, I wasn’t contacting you to replace the vendor you’re currently using.”

What you’re doing is addressing their suspicion that your only focus is to make the sale, and you wanting to stop the relationship with their current vendor.

All that you’re asking is whether they’d be open to different ideas which might help them solve a problem, or save money. What this should do is eliminate the tension.

“Would you be open to a few different ideas that you may not be aware of?” Once the tension is removed, this allows you to reopen the conversation naturally since they now understand your goal is to help them. Then, if things work out, you can both proceed forward.

Practice to make this process as natural as possible. If you happen to be using any form of traditional selling, what you’re most likely doing is triggering a resistance response every time you communicate with a prospect.

But if you adopt this new mindset, along with using reactive words and similar phrases which removes any tension or conflict from the relationship, then you’ll have taken the first step towards simplifying the cold calling, selling, and the objective process.

What Does Science Really Have To Do With Healing Your Body