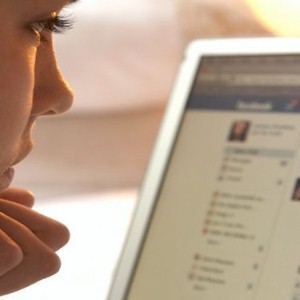 So there you are late at night and as usual you’re browsing Facebook, this the cure for your boredom before going to sleep. What social media does is it occupies that space of wonderment, that middle ground between total engagement, passivity, and intrigue.

You also realize that there are other things you enjoy doing and things you should be doing, you surrender reading that book. But instead, you decide to browse Facebook not because you prefer it as an activity, but more because it’s become an obsession.

You finally conclude that Facebook actually detracts you from your sense of well-being, this especially at the end of a long stressful day, you believe you’re hooked, the claws penetrate deep into you.

Hello May Name Is ________ I’m A Facebook Addict
There are negative aspects when it comes to social media which has generated attention. It’s this compulsion of viewing, witnessing, and then liking perfect strangers in various forms of undress.

They reveal to the plastic virtual world their artificial phony perfect lives for everyone to see, these are our friends, as they display just their happy photos and outrageously positive status updates. As a result, our own lives seems dim and boring in comparison.

Mainstream media details studies which suggests that the perception our friends display online, as popular and a lot more happier than us may at times be actually accurate. This phenomenon, yes there is an actual term, is known as the friendship paradox.

I’m Better Than You
Not only will these certain “friends” always have more friends than you, they most likely have the perfect mate hanging off their arms as well. Although it may be highly counter intuitive, there’s actually a mathematical reason for this.

Those with a lot of friends based on the numbers alone, just have a wider range and variety of friends. Those who have more friends than you just have more assortment, which then skews the average.

Even if our friends happens to be more similar to us than they are different, we’re still more than likely to have someone in our news feed who’s richer, better looking, or appear happier than we are.

The Trouble With Friends
But it’s not the perceived façade of perfection or their superior popularity and wealth that these so called friends that’s troubling, what’s more annoying is why do they do it.

These illusions that they display, there is a distinct divide when it comes to the complexity of people and their lives, the distance, the obvious gap that exists between their social masks and their actual painful personal truths.

What’s bothering is something that’s more visceral rather than being cognitive. It comes down to the act of browsing social media rather than the actual content that’s provided, so why even bother.

Living Our Lives Through Social Media
There’s been a lot of contradictory research, a big enough sample size regarding Facebook, and some experts claim it makes us either happier or sadder, depending on the opinion.

This is based on the electronic tracking of the participants happiness through the measurement of facial expression. Whenever they were actively engaged on Facebook, their response measured an uptick when it came to happiness. When they were just passively browsing, that positive effect disappeared and went neutral.

What the demands it takes on our attention leads us towards using Facebook more passively rather than actively, and passive experiences, regardless of what medium we use, translates into feelings of disconnect as well as boredom.

Why Then The Compulsive Behavior
So what this boils down to is the passivity of the event, the experience which is surfing on Facebook, that we actually find the process is completely boring and underwhelming. But the choice to browse Facebook remains, rather than doing something more authentic that you would rather do, such as reading that book.

Adding to this state of unsettling passivity, once you look at the addictiveness of social media and any internet use in general, for some it becomes more disturbing.

But it is an addiction nonetheless, and much more subtle than drinking alcohol, smoking cigarettes, or overeating. What social media addiction does is it creeps up to you silently while posing no obvious harm.

But like any compulsion, it takes up large chunks of our time, space, and energy, while it detracts from other pursuits we should be doing. This Facebook addiction leaves us irritated when we’re not using it.

How Addicted Are You
There’s even a measurement to the severity of your Facebook addiction, a scale that’s been developed based on certain criteria.

• You spend your actual day and time thinking about Facebook or planning on different ways on how to use it, feeling an urge to use it more often
• You use Facebook to forget about personal problems that you may have in real life
• You become actually irritated and restless if you’re prohibited or away from using Facebook for too long
• You find that the use of Facebook has an actual negative effect on your life, studies, or job performance, so you try to cut down but can’t

Although these may appear ridiculous to some while arguing the merit of this, but it is an actual verified addiction, as these Facebook users display all the classic symptoms of addictive behavior.

This problem actually is more persistent than the passive attention issue which compels people to change, such as most don’t like the actual compulsion of wanting to check it whenever they’re offline.

And once you do log on to Facebook, that fix is cured, the high returns, the annoyance and the agitation is removed, which is pretty much disappointing to them.

A Natural Body Detox By Substituting Real Food Instead Of Vices