How Social Distancing Has Become The New Normal
Skip to content 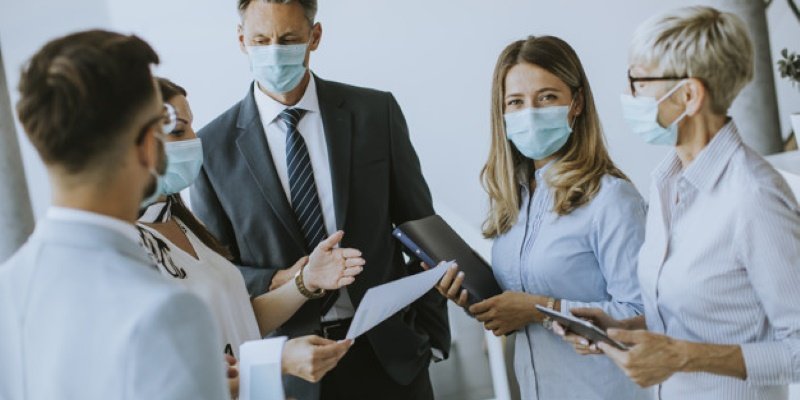 What we instinctively do is mark our personal territory, much like our dogs would, once we’re in the presence of others. And It’s not because of the condition of the world we currently live in. Social distancing has always been around.

We always habitually avoid getting close to people at work, at home, on the subway or the elevator, especially from those we’re unfamiliar with.

This personal space we seek acts as an invisible shield, offers protection, as we signal personal and social warnings if someone is too close.

Those of influence or the beautiful, like politicians or movie stars, once they walk into a crowd, they all appear to have the ability to seemingly make more space for themselves.

So the higher the status the individual is, it appears the more personal space they’re given.

It’s just natural instinct in the animal kingdom, the most dominant or the most violent of animals, such as lions or alligators, are all given more space.

The alpha is always given a clear path, by those who are more meek and timid.

What this predominance does is it maintains a larger buffer zone when it comes to personal space.

They’re not challenged and are at times avoided by more submissive animals or humans. It’s fight or flight at its best.

Inmates in maximum security prisons, are known to have plenty of personal space in front of them, and less space behind them.

This because what they prefer is to see everyone who’s in front of them, and to see who’s approaching. They’re also wary of who may attack them from behind.

Don’t Stand So Close To Me

Once someone stands too close to another individual face to face, the eyes actually become visually distorted.

This is the reason why those about to kiss, will instinctively close their eyes right before the smooch.

What people will do is tilt their heads back, as if they’re leaning backwards whenever someone suddenly comes too close to their face.

The reason for this is because they can’t read what their facial expression is, because they’re too close.

Giving And Getting Personal Space

Personal space will vary for an individual depending on the situation, the emotional state they’re in.

This particularly if it’s the opposite sex, or what the relationship is with one another at that particular time.

We naturally stand closer to those who we know and like, who smell nice and not sour.

This is the reason why there’s usually no physical space to breath, when it comes to those who are intimate.

Numerous times we hear “I need more space…” that you’re standing too close to me, this both physically and emotionally.

Proximity reveals how intimate you are with one another.

If a person is comfortable with someone, they’ll stand within the intimacy zone.

Office romances for instance, without a word spoken, you can read chemistry because of how physically close they stand to one other in the lunchroom.

Conversely, a couple who’s experiencing marital difficulties, or siblings who detest one other, will stay far away from each other while they’re walking or sitting.

There appears to be an invisible wall which either won’t cross.

Close Yet So Far Away

This proximity also interacts in other areas of nonverbal behavior, such as how often there’s eye contact, what their facial expression is, or how often they touch one other.

If a person likes you, their facial expression is inviting. They are smiling, nodding, they may lift their eyebrow, or will subtly tilt their head.

Once we feel invited, we physically move closer to them.

If the facial expression appears neutral, cold or masked, what we’ll instinctively do is step back.

Proximity is a prerequisite when it comes to touch. Someone can’t touch you if you’re not within arms reach.

Then there’s situations when someone is forced into close body contact, with strangers.

This could be a crowded elevator, the subway or at a concert, and there’s no physical space.

What then occurs, is both will naturally avert the other persons gaze. Most will look away or look up, this to increase their personal “space” psychologically.

People who ride a crowded elevator will all naturally face forward, will instinctively lower or raise their heads to minimize any unwanted attention.

What everyone will do, is avoid any form of eye contact whatsoever when around strangers.

The Need To Mark Our Territory

At times, people will build actual boundaries when it comes to staking claim of their personal space.

This is a common response when there’s potential encroachment of our territory.

This can include leaving a sign that says “occupied” on an airplane seat, or draping a jacket over the back of a chair in a restaurant.

If we want personal space, we’ll spread our books out on a library desk. This is social distancing at its best.

These are all indicators to others that the spot is ours, the space is occupied, it’s mine, so stay away.

What most will get is annoyed, if another human deigns to move or invades this “marked” territory, removes their markers, and invades their privacy.

This Space Is Mine… Dammit

Almost everything in life is clearly defined where a certain individuals territory begins, and where it ends.

A fence will separate a yard from their neighbor. Brightly painted yellow lines mark parking spaces. Doors with locks or signs clearly delineates a certain area like a bathroom or bedroom.

We also personally mark our own territory, that something belongs to you with your name written on it, or with some other type of symbol such as your initials.

That this area or item belongs to you, so don’t take or steal it, or make sure you stay away.

Give Me More Room

It’s found the “markers” females leave in restaurants or clubs for instance, such as their sweaters or anything personal, differs from when males leave their markings.

It appears the boundaries women leave aren’t at times as respected and are invaded more easily.

The reason for this is because our human instincts kick in, and it becomes survival of the fittest.

For alpha males, invading someone’s space could potentially escalate into fighting that person once a territory is violated.

For women, such a warning does not always exist.

Karma: A Definition From Its Root Origins