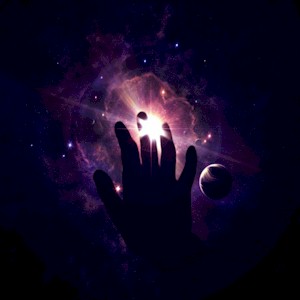 Your conscious mind was somehow triggered to read this, this to find a passageway, a better way of improving your life more positively. What you’re about to discover isn’t anything new or groundbreaking, but it’s more of a proven fact, a process which has been solidified over time.

What you’ll learn is that once you take certain steps of action and then follow through precisely, that your entire life, your mental and physical attitude and energy will improve, that abundance will begin to manifest towards you.

Thinking positively is beyond a theory, which contends that if you believe in just good things, then good things will happen to you. That there will be a cataclysmic shift of the energies which are currently surrounding you, and as a result, you’ll be blessed with good fortune.

For those who believe that positive thinking works, there are just as many who think that all of this is just nonsense, that it’s pure bunk, that it’s New Age hype. Well, you are what you think.

The Development Of Self-Esteem
The definition of self-esteem, as identified by a variety of sources is, “pride in oneself, having and displaying self-respect.” This belief of the human condition made its way into common public awareness during the 1960s, as an issue that parents and the educators of that time needed to instill into children.

The traditional methods of education and parenting were thought barbaric, which damaged and punished the construction of self-esteem in the young. Parents as a result, became fearful of raising kids which were unhappy and poorly adjusted.

This then led to the generation of adults who began respecting their young by injecting courage and confidence in them. What was born was a higher level of awareness and personal responsibility, creating the current “me-first” mentality.

The “Me” Generation
It’s crested to the point where thinking highly about oneself is considered selfish and vain, an undesirable egotistical trait. That those feeling too good about themselves positively, is annoying and smug. After all, isn’t all this self love an indication of narcissism.

Those who are wanting to feel good about themselves, as a result, are feeling shame and guilt instead, finding that humility and modesty is a lot more desired.

It’s important to balance modesty and greed. It takes practice convincing yourself that you’re worthwhile and deserving, while simultaneously knowing that you’re not the center of the universe.

For those who are wanting to believe in positivity, it becomes difficult to know where to begin. Like any other process, the key for it to work is by starting small, taking baby steps.

Begin by planting the seeds, then learn how to cultivate them until you have a mental garden producing a phenomenal crop. It’s your option to think what you want, but realize it’s proven that anything is possible when you think positively.

The Core Of Positive Thinking
The essence when it comes to positive thinking is that goes beyond mere theory, but it’s more like a contagious virus. This similar to negative thoughts such as being angry or timid can quickly spread from person to person. Happiness and good humor can spread just as quick.

To begin, know that the seeds of belief already exists inside of you. The next step is gardening your mind by removing all the negative weeds, every “bad” emotion that resides within you, to clear room for the positive seeds.

Begin by taking all that unwanted negativity and then mulch it into fertilizer, which allows you to let everything that you ever wanted to become a reality.

Removing Negativity From Your Mind
To tune into the power that is positive thinking, the key is to just begin, this particularly if you’re not completely convinced yet, that you don’t believe it will work for you.

The process when it comes to making positive thinking work begins with identifying what’s destructing you, and then making mild shifting patterns in your thought structure to rid of them.

Although the mind and your thinking is infinite, there’s a replacement process which needs to occur. In order to make room for any new method or idea to work, what you need to do is to identify its polar opposite, and then remove them. The old negative patterns which you’ve built up throughout your life.

For most, this is a slowly painstakingly and gradual process of improvement. But as you begin to see the positive thinking process begin to work for you, regardless of how small, you’ll gain momentum as you clear them out.

This the reason why for some individuals, just good things appear to happen to them, while others aren’t as fortunate. Realize that good things happening to them because they expect it, it’s not luck, they just think positive thoughts.

Start Thinking Positive Today
What’s holding you back, what do you have to lose. Your brain can only think one process, one thing at a time, so it’s up to you to make it positive. How you entrust your life is just mere thought.

There are a variety of ways that you’re currently producing bad thoughts in your mental garden, and the best way of ridding of these weeds is to just yank them out by their roots.

The process begins with recognizing and then removing the most common stumbling blocks in your life which are holding you back. Identity them and then lay a completely new foundation.

Self-Growth When Everything Else In Your Life Falls Apart