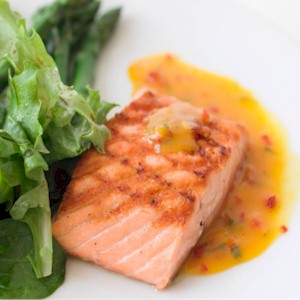 Forget everything else right now why you’re feeling so miserable. Just look at the food that you’re eating when feeling this way. Food isn’t just important to keep us alive for another day, for our physical health, but it also keeps our mind in check, provided we eat right.

There are select foods which contain the daily requirements of vitamins, antioxidants, and nutrients, which directly races to keep our brains on balance and in check. There’s growing evidence that supports what we eat on a daily basis, improves our mood.

This area is referred to as nutritional or food psychiatry, an area which is gaining mainstream attention. This opposed to what’s known as the “cafeteria” diet, which are foods load with calories, has no nutritional value, and are highly processed.

These convenience foods are also high in empty sugar, sodium, and the bad fats, while being addictive, comforting, and accommodating. These are the creation of modern technology and evolution.

Contrasting Healthy Foods
What’s polar to these types of foods is the Mediterranean type of diet, which consists of whole grains, olive oil, fresh fish, and nuts. All food sources which has been linked to the reduction of depression symptoms.

Studies support that this type of diet over a period of time has proven to reduce medical issues. That a diet that’s rich in dark leafy green vegetables and berries, lowers high blood pressure while reducing the rates of Alzheimer’s disease.

Folate has long been used as a supplement to regulate moodiness. All leafy greens also contain compounds which helps the liver process toxins.

An easy way for consumption is juicing these leafy greens into a smoothie. Just include kale, baby spinach, a banana, blueberries, soy or almond milk, and pure honey to sweeten. Blend until it becomes consistent.

Fermented Foods And Probiotics
What research has now linked is the importance between the bacteria that resides in the gut, know as the “second brain,” and the effect that it has on mood.

Fermented foods, such as sauerkraut and kimchi contain probiotics, which can actually reduce social anxiety and depression. Mice tested on probiotics behaved like they were on Prozac. Probiotic powder supplements are available to boost mood.

Fresh Fish And Fish Oil
What studies have found is that the consumption of fresh wild fish does is takes the edge off aggression. This due to the fact that some select fish are the purest sources of omega-3 fatty acids, long known as an effective treatment for irritability.

For those taking omega-3 supplements, what’s recommended is taking 1-3 grams daily to stabilize mood swings. More eicosapentaenoic acid (EPA) than docosahexanoic acid (DHA) should be marked on the label.

The danger however is mercury exposure that’s found in modern fish, this especially for pregnant women, so selection on the type of fish becomes important. What should be notably avoided is shark, tilefish, swordfish, and king mackerel.

Certain Shellfish
Such as oysters and mussels contain high values of natural vitamin B12. This supplement is an important source for neurotransmitters in the brain and nerves to function properly.

What a deficiency of this vitamin can lead to is anxiety. Those who are vegan, may especially be low in vitamin B12, this because it’s found abundant in lean meat, eggs, and dairy. So it becomes important to supplement or find other sources.

Beans And Legumes
Such as chickpeas, lentils, and most other beans. What they contain are high levels of zinc and folate, both which has long been recognized as effective supplements for taming anxiety.

Getting adequate zinc becomes particularly vital for vegetarians and vegans, this because the absorption of zinc is usually reduced by half from phytates, which are commonly found in greens.

Certain Seeds
What’s especially singled out are pumpkin seeds, as just a quarter cup contains close to half the daily recommended dosage of magnesium, which is an essential mineral which protects from anxiety and moodiness.

What pumpkin seeds also contains is zinc, omega-3 fatty acids, and plant based tryptophan, which helps to promote better sleep.

Dark Chocolate
This in the form of raw cacao or powder. What pure dark chocolate and raw cacao beans or powder, contains are cocoa polyphenols, which is a particular type of antioxidant that’s found to soothe.

Studies show that this ingredient induces calmness and content. Cacao powder in its raw form without sugar, can easily be added to favorite foods to enhance taste.

A tasty raw cacao smoothie for desert includes blending a banana, 3 cups of almond or soy milk, 2 tablespoons of raw cacao, 1 teaspoon of Dulse flakes, and a handful of dried dates (optional). Also add half cup of blueberries, spinach, or kale.

Know that large amounts of cacao or cocoa powder can contain toxic heavy metals however, this depending on the brand, so make sure that it’s been lab tested.

Turmeric Spice
Turmeric spice has been specified because of its primary ingredient it contains, curcumin. This is an anti-inflammatory compound which has been found to help antidepressants become more effective.

What including this spice does is it takes the edge off moodiness. Effective ways of absorption is drinking it as tea, or just including it into your everyday dishes such as chili, stews, or pasta sauce.

Curcumin has been found beneficial to help fight ailments such as depression, because it boosts the brain chemicals serotonin and dopamine. These neurotransmitters are fundamental for increasing better mood and clearer thinking.