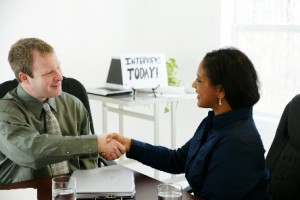 Free: Finding Jobs at $80,000 to $500… In today’s competitive corporate environment, when hiring highly paid professionals and executives, concise recruitment has increasingly become a key link in maintaining and establishing your company’s edge. By initially attracting and hiring the best possible people, your company can streamline and grow steadily. A poorly executed hiring process, however, can cost you and your company precious time, opportunity, resources and money. Poor hiring techniques at key professional positions can potentially cost you your company.

Hiring candidates who claim to say what they can do is getting scarce. A completely new industry has sprung up in the past decade, solely helping job seekers land that dream job, sometimes at all costs. You can not afford to hire someone off the street who can’t do the job as projected and promised, or do it without minimal direction. Fortunately, there are in house techniques that you can use to make sure that the candidate you are selecting can do the job.

There Are Four Basic Interviewing Techniques:
– On the job demonstration
– Simulation and Role Playing
– Problem solving demonstration and
– Testing for Emotional Intelligence

On The Job Demonstration
Ideally, the best way to see if a potential candidate is able to do the job as stated is to have them actually perform the job. To have them, on the spot, demonstrate their skill set and ability to do the work required. Executive Sales Reps. can actually sell something to you; software engineers can actually write code on the spot; Executive Managers demonstrates directive management skills; Office Administrators can control an office; etc.

Simulated Role Playing
At times ‘on the job demonstrations’ may not be possible or appropriate. The next best thing to a; on the spot demonstration, is a simulation or role play. A simulation is similar to a demonstration, except obviously the situation is not real. In a sales situation for example, you can simulate a role play scenario as an upset customer, and have the candidate respond to the anger. Another example is having a tele-sales rep call you (acting as a “customer”) to sell you something. If interviewing for a training position, you could ask the candidate to teach you something.

Testing For Emotional Intelligence
Tests are also at times helpful as part of the hiring process. Psychological testing provides a way for some companies seeking executive or managerial positions to identify key behavior characteristics in a potential individual. Other ways of testing may include asking specific knowledge based questions such as “What commands might you consider using to initiate a subroutine?” or “What are the advantages of common network protocols?”

Can this method maximize the traditional methods of hiring candidates? For you to be able to hire the perfect suitable employee? The answer is, “YES!”

A lot of initial interviews will often result in a mutual exchange of meaningless ‘feeling out’ information, usually based on gut feelings. The process called High Performance Interviewing will help you gather meaningful, predictive information, so you can substantiate that initial “gut feeling.”

Important News For People Seeking New Jobs and Careers… A Faster Way to Change Jobs!
Step One: General Opening Statement or Questions
Begin gathering target data with general opening questions or statements. The purpose of this step is to get the candidate to talk about what we want them to talk about. Here are examples of general openings. (The phrases in parentheses are examples of specific skills I might be looking for in a candidate.):

• “I’m looking for (examples of when you managed multiple priorities).”
• “I’d like to hear more about (your experiences in delegating).”
• “I’d like to find out how (you respond to autonomy and little direction).”
• “Can you think of a time when (you had a difficult deadline to meet)?”
• “Do you recall an instance where (you were aware that another member of the team was not pulling his or her own weight)?”
• “Is there an example of (a challenge you faced in coding a new module)?”

Step Two: Go Even Deeper
The next step in gathering target data is to get deeper in those areas important to the job. Questions that help you get deeper include:

Here are several guidelines for getting deeper:

What is your role throughout this questioning? Take notes to help you guide the conversation. Listen. Ask for clarity when necessary. Remember, we cannot assess a candidate’s qualifications if WE do all the talking!

What You Shouldn’t Do
It is important that you as an interviewer Don’t:

• Ask leading questions:
Leading questions give you exactly what you want to hear. And they typically result in inaccurate data.
• Accept generalizations:
Generalizations don’t tell you what the candidate did. Target data must be specific.
• Accept collectivism’s:
Collectivism’s are the use of we, the group, my team, etc. They don’t tell us what this individual — the candidate — did. Again, target data must be specific.
• Assess the candidate before hearing all:
Prejudging a candidate before the data is heard is a serious mistake. The brain can easily “find” data to support its prejudgment. Therefore, stick to the script; write down what you hear as the interviewer. The time for assessment comes later.

How To Get Back On Track
Because High Performance Interviewing is a dialogue, it is sometimes easy for the candidate to digress. It’s your responsibility as interviewer to pull the candidate’s discussion into more relevant and appropriate direction. Here are some pithy phrases that will rein in or focus the digression:

When you’ve gathered an appropriate amount of data for a particular skill, repeat the High Performance Interviewing technique until you are satisfied with the results. Then close the interview.