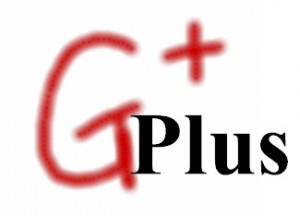 Google in it’s quest for online domination is taking another swing at social media by introducing their Google+ social networking service. Is this the final answer in their hopes and their never ending journey to compete with Facebook. It’s a new and unique innovative users platform which takes a different approach towards social media. This by allowing you to control how you decide to ‘share’ with others.

Those who were confused or even completely turned off by their previous attempts by Google when it came to social networking, such as Wave and Buzz, should be pleasantly surprised by the simple usefulness of Google+. It is actually a worthy enough of a service that it would benefit you to sign up once it becomes widely available or by invite.

The Features Of Google+ Plus
One of the first as well as foremost features of Google+ Plus is, well, it’s not Facebook, nor it’s pretending to be FB. Although that may not be quite enough to sell you on their service initially, but for some, it’s an excellent start.

After navigating around in the service for a while, some may even agree that it’s better than Facebook, although it may need a bit of tweaking here and there. So if you’re still sitting on the Google+ fence, here’s a few features on what to expect.

Google+ – The New Social Media Experience
So most have now heard about Google’s new Google+, some even got invites. It basically comes down to their own take and adaptation of Facebook. Google as you know in the past attempted to emulate the mighty FB to hopefully grab their own social media market share, and many experts claimed that they failed miserably with a few of the platforms, this more that once.

There was Google Wave which to most was confusing as heck and Google Buzz pretty much crashed and burned pretty quickly. Oh, there was also Orkut which initially failed in North America, but was popular in some other countries.

So Google has decided to present a brand new social platform and initially it appears that they got it right this time. Well, at least they’re on the right path, and for most, that might just be good enough.

The Circles Of Friendship
First off, the Circles concept is quite unique. Facebook has their social model of everyone’s a “Friend.” Everyone you know on Facebook is under the same umbrella as a friend, which includes family, co-workers, people you don’t know or care about, they’re all friends, dammit.

Some on Facebook are just serial “Friend” seekers who just wants to be friends with everyone, and then they will constantly broadcast their “shares” with them regarding everything from the daily activity of their cats to what they ate for dinner, them there social butterflies. Then there are others who are just wanting to share just certain information such as business content or music videos.

One of the bigger flaws which Google noticed was that there is no way in Facebook to be able to distinguish or sort out real actual friends which you really know and trust, such as family members or co-workers from those who the heck are you friends. But now, there’s a Facebook app called “Circle Hack,” which is able to do this.

Google+ Circle Of Friends
Using Google Circles makes it a lot easier. You can set up different distinguishable circles of acquaintances such as: Friends in one circle, Co-Worker Friends in another circle, Family and Relatives in a different circle, and then all your Business Associates and Clients in another circle, etc. You can set up individual Circles and place specific people in them.

You’re able to add as may Circles as you want at any point. It then makes it easy to post just certain information just to certain circles, like your immediate “Family” circle or just to your Co-Workers circle. Another option is that you can make a post so everybody in every Circle can read your share. Some information that you post in one circle, you wouldn’t obviously want to be read in another one.

Fine Tuning The Google+ Settings
There may be one minor flaw however regarding the sharing settings, Google automatically assumes that you’re wanting to email everybody who you’ve added to Google+, who isn’t even using Google+ yet. It can be easy to just overlook this setting. What happens is those who attempt to add your non-Gmail address, automatically sends you email notifications about what they posted on Google+.

Some of the defaults on Google+ or any service for that matter, usually needs to be tweaked from its default settings. When you first sign up with Google+, you’ll be automatically opted-in to a variety of notifications which includes… everything.

So initially as a result, when more people begin using this service, you may be absolutely bombarded with information that you don’t need, this until you go into Google+’s settings and then start turning some of the settings off.

One is that Google wants to tell the entire world who you’re following, as well as who follows you. But this is easy to switch off, which by rights should be “Off” by default. Google will also show who you share your posts with, so if you’re in a “Circle” that sees a post, you’re also able to see who else it’s shared with.

One other issue in how “sharing” is implemented. If you decide to share something with say your… Co-Workers Circle for example, unless you explicitly state “Don’t let people share this,” anyone who’s in that Co-Workers Circle will be able to share it outside of that original group.

That’s not exactly what you want when you initially create a select Circle of friends that you’re wanting to share something exclusively with. But keep in mind that if you post something on your Facebook account, anybody and everyone can disseminate that post beyond that group.

Sure Google+ Could Use Some Improvements
Google+ is a good as an initial first version as one can expect. But like anything, it’s a work in progress and could use a bit of work. First, what’s with the “not ready for widespread use,” which hinders Google+, but beta testing is beta testing.

So if you initially got in early, then you were one of the chosen ones to test this out. This is also a significant improvement over crash and burn victim, Google Wave, which was completely unknown and invisible when it was first launched, some will still say, Wave… What?

So why all this anti-negating of a utility collaboration platform. Why is it that with Google’s massive size and presence on the internet that they’re not able to launch something like Google+, and immediately make it available to everybody. Most are hoping that they open up quick so that they can migrate all of their Facebook friends over into Google+ as soon as possible.

Google also needs to take it easy on all of their notifications. They are assuming that each and every Google user wants as well as enjoys getting an abundance of emails regarding all of their services by default. Also, offer some type of a digest option format other than sending out emails for everything that happens.

How Businesses And Marketers Can Use Twitter To Increase Revenue