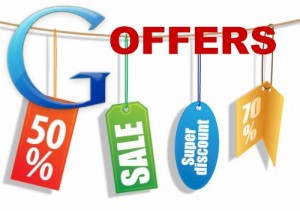 Google is quickly gaining prominence with their own “Daily Deals” program which is known as Google Offers. It’s similar to the other well known programs such as Groupon and LivingSocial who are their direct competition. They’re doing so by completely detailing and personalizing their daily discounts platform which are sent out to the participating consumers. Google also has the advantage of flexing their dominance on the Internet with their vast digital marketing experience.

Google’s and their Offers program, which was launched in mid 2010, now operates in close to 20 U.S. markets with plans of an additional 23 cities shortly. But rather than just cloning what Groupon and LivingSocial are doing, Google Offers is planning to do what they know and do best, which is search engine marketing and thus accounts for the majority of the results. Google is also using their experience of enabling their marketers base to use self-service ad formats, by placing relevant paid ads directly on the search results pages.

What’s also important is that Google is able to offer a wide range of suitable and in demand deals which appeals to their consumers. They are doing this based on a mix of enticing national as well as local offers.

Google Offers Launch
When Google Offers launched their first nationwide deal, which was a $25 voucher available for $15, they were instantly able to sell close to 90,000 vouchers to their database, this according to a reliable daily-deals tracking source. Google has also recently began to aggregate online discounts from a variety of different providers within Google Offers.

Having more offers means that Google will have a much larger discount inventory which they can leverage to tailor the results better to their consumers interests. People are on the lookout for more deals which are personalized to them. It’s becoming extremely important not to be sending these daily deals to random bulk consumers if they’re not interested in them.

Google’s Advantage
Google also has a few ways on how they can personalize their offers. One of the most basic methods is allowing their consumers to customize the promotions which they receive from Google Offers. They’re able do this by what’s known as a “personalization quiz.” Consumers on the Google Offers site are able to indicate their interests, such as, if they’re interested in: Arts and Entertainment or Food and Lodging etc. to receive specific discounts for these categories.

Google also displays their Offers tailored directly to what the consumers are searching for when using Google’s Search Engine. For instance, if someone happens to be searching for a map of a specific area, they may see a Google Offers deal on a local nearby restaurant who may currently be offering a “Daily Deal,” which the searcher may be interested in.

So Offers is designed to fit in as naturally as possible with where the search is located. You also won’t need to look for them either, as Google Offers will GEO display their offers across a variety of Google’s services, such as Google+ Plus. Google has been strategically testing this platform for about a year and is now beginning to roll the program a lot more broadly.

Google Offers Plans
Google Offers is ultimately wanting to enable their merchants to be able to create their own deals, which would then appear instead of using conventional paid search ads.

Groupon however has learned that this plan won’t necessarily be a success, as Groupon’s “Now” service allows their merchants to: choose their own offer, choose the exact discount that they’re willing to give, and how long the deal lasts. This program has initially failed to gain popularity with their consumers.

The thinking however is that since Google has better extensive experience working with their marketers, it gives them an advantage. Creating a merchant self-service Offer may look similar to their AdWords program. It’s also understood that Google Offers may be a little more complex as the merchants will require more data.

So what Google is working on is how they can direct the user to the right offer, much like what they’re able to do with AdWords. Similar to AdWords, the marketers should be able to see exactly how their “Offer” is performing. They’re able to look at the click-through rate, the performance that’s expected and then being able to make any adjustments on the fly.

The ability to be able to adjust their Offer at any time they want is essential so that the merchants aren’t wasting their time or money on deals which don’t entice the consumers.

So Google’s ultimate goal is to tailor the Offers to look and act a lot more like what the ads do. One difference however is that the ads are paid for on a cost-per-click basis, while Offers will be paid via a cost-per-action basis.

Google Wallet Getting Into The Act
Google is also continuously working on generating a broad spectrum of other “Offers.” For instance, they’re actively tracking and measuring the exact success rates of a particular Offer which are aimed towards leading shoppers into offline stores, this by encouraging the shoppers to use Google Wallet when making their purchases.

The consumer using Google Wallet allows Google to know exacting what the consumer buys. Google Wallet is a mobile based coupon, payment and loyalty program which relies on what’s known as “Near Field Communication.” This is a wireless technology which enables mobile devices to be able to exchange information over short distances.